His dad called out, “Don’t you forget me!” as family slowly filed out of the house after gathering for Thanksgiving.

“My dad was famous for his exit lines,” says Skip Wilkins, associate professor of music. This one came out just at the right moment.

Impacted by Alzheimer’s, Wilkins’ father was then still at home and throughout the day showed glimmers of his old self—kindness, humor, and the ability to deliver the perfect one-liner in the moment.

That exit line lands as the title of the song “Don’t Forget Me” from one of Wilkins’ new albums. The song is dedicated to his dad, who passed in 2018, a song whose melody Wilkins first heard in his head after spending the day with his daughter, Emily.

He drove home from that visit singing the melody over and over during the 90-minute car ride. He quickly recorded it when he arrived home so as not to lose it before a busy stretch of teaching, traveling, and gigging.

“A lot of my pieces are inspired by friends and family, with whom my sentiments reside,” he says.

His two releases, Someday and Czech Wishes, tell listeners a lot about him and what he describes as the three intersections in his life: family, teaching, and performing.

“I live three lives and am busy with each,” he says.

It’s evident in each note.

Wilkins’ love of the Czech Republic began in 2007 following gigs in Prague and a weeklong workshop at Karel Velebný Summer Jazz Workshop in Frýdlant, where he directed the jazz choir.

“That week in Prague and Frýdlant was incredible,” he says. He fell in love with the gentleness and directness of the Czech people and was utterly astounded by their jazz focus.

“At gigs, they would listen, not just chat and drink,” he says. “And they stayed for every set. I had never experienced that before. During one of my scat solos, dozens of cameras went off!”

Their love of jazz and what the workshop meant to the local jazz community motivated Wilkins to return in 2008 for a longer stint. He recorded there in 2009, released an album in 2010, and spent his sabbatical in Prague in 2011-12.

Over the last nine years, he has studied the Czech language with a two-hour lesson each week.

“The capacity to communicate is such a tool in work, business, and relationships,” he says. “I wanted to be able to say more than, ‘Let’s do that again.’”

To say that Wilkins has thrived there is an understatement. He has played with an array of gifted musicians, performed at Prague Castle and toured throughout Europe, over 350 concerts, but who’s counting?

For his latest album, Czech Wishes, Wilkins wanted to write new music, play with specific Czech musicians and his son, Daniel, and record in Europe. It all came together one night at Jazz Dock, a floating barge of jazz improvisation and strong cocktails on the Vltava River. 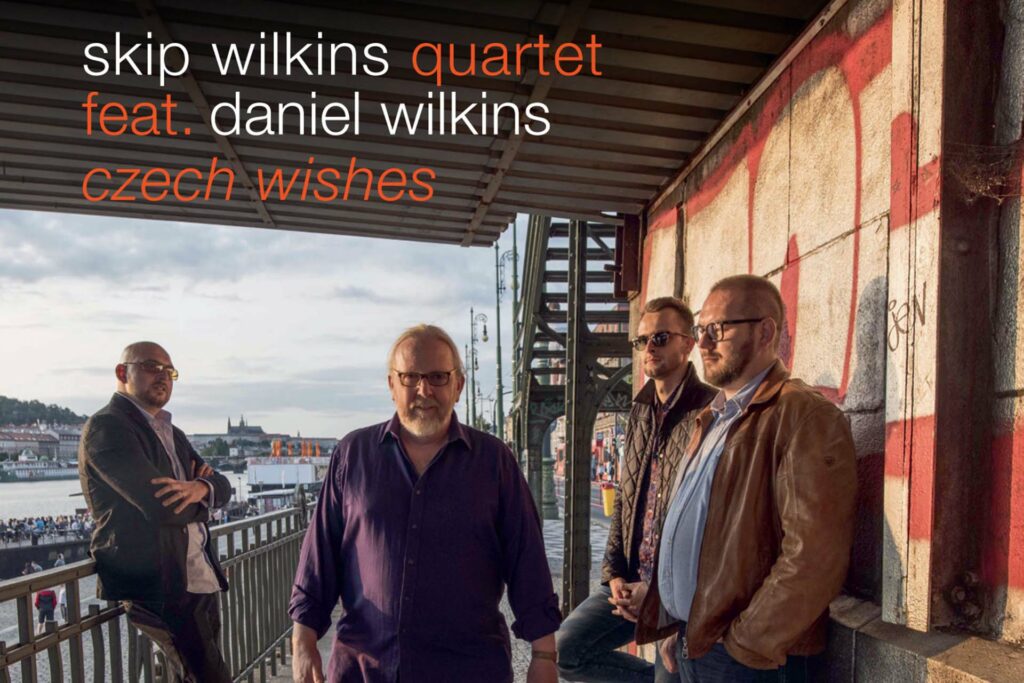 “All three Czech guys I wanted to work with happened to be at the club one night, so I gathered us around a table and looked at our schedules,” says Wilkins. “There was one week we could all do it and the studio happened to be open.  Everything was quickly booked, and I bought plane tickets for my son to join us.”

Wilkins even got the club owner involved so the group could play before recording.

As happens with jazz, the players first saw the music Wilkins composed on a Friday, rehearsed on Sunday and Monday, played Jazz Dock on Monday night, and recorded on Tuesday and Wednesday.

Wilkins prefers to compose by workshopping ideas as a way to “find more options in it.” But this time he wrote for the project in advance.

“I was writing for three Czech guys and my son,” he says.

Wilkins has been playing with Daniel since his son was 13 years old. At age 18, Daniel had his first tour, and he recorded his first album at 19. Their first album together, Father and Son, was released in 2012. Seems virtuosity runs in the family.

“It is special to play with him,” says Wilkins. “The things he can do on his tenor sax are specific and unique—the warmth and subtones.”

Daniel is central to both Czech Dreams and Someday, the latter recording that jazz journalist, historian, and producer Arnaldo DeSouteiro recently named as one of the top instrumental jazz albums for 2019. 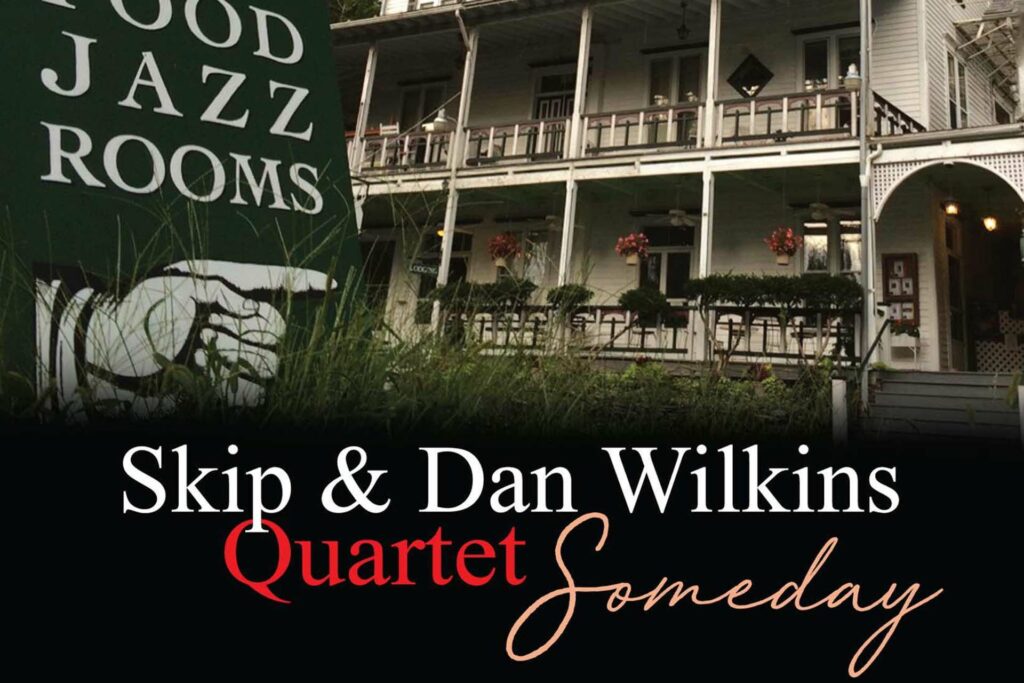 Someday is comprised of eight tracks—not common standards but composed by the standard makers, like Johnny Mercer, Cole Porter, and George and Ira Gershwin.

“These are great songs from a classic period,” says Wilkins. “They are just underplayed.”  And you’ll hear this kind of music at Deer Head Inn.

The quartet makes the songs feel familiar—a mix of family and friends playing together that makes Wilkins smile.