Select a city. Select a bomb weight in kilotons. After a few options like height of burst and casualties, hit the red detonate button and watch nuclear blast and radiation radiuses encircle the epicenter.

Nukemap.com is designed to help users visualize the unfamiliar and comprehend the incomprehensible by selecting sites they know and learning the scale of damage caused by nuclear weapons of different sizes.

The dark humor of a counter indicates, like the old sign on McDonald’s, 191 million detonations and counting!

A poem of the same name by Megan Fernandes, assistant professor of English, in her newest volume dabbles in the same fallout as the speaker anxiously questions the end of times and what might save us—people, books, nostalgia, cultural detritus, food, or family. 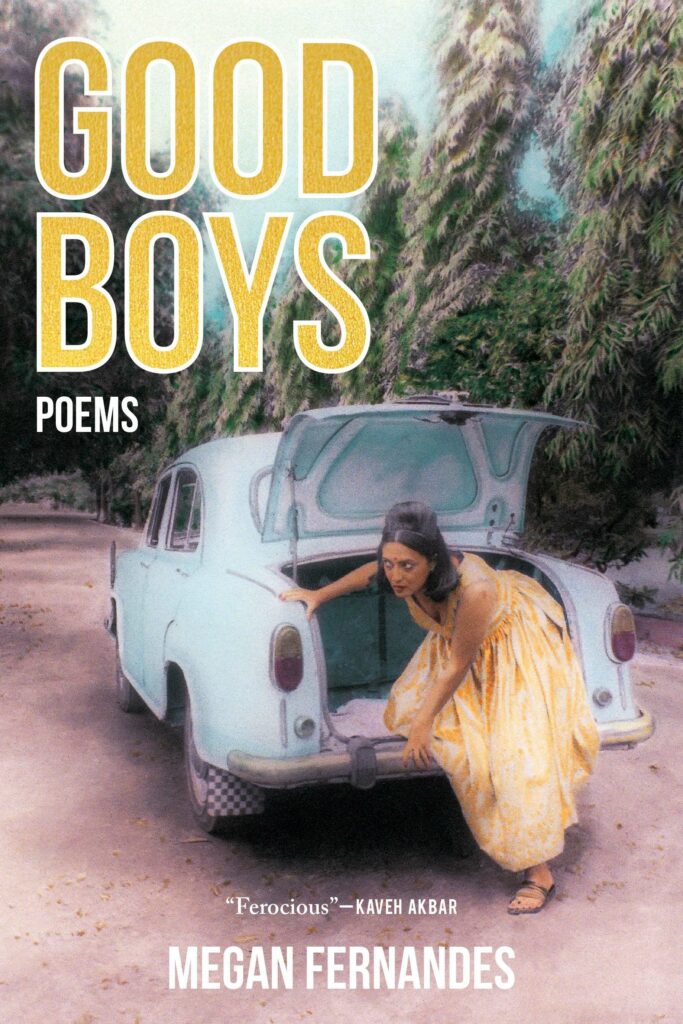 The poem plays with light, a momentary spark before detonation that illuminates what we understand about ourselves and what matters to us before we choose annihilation. This poem, like others in the book, transforms threats from the abstract into the everyday of living.

Good Boys is then appropriately conversational, bawdy, personal, and speculative. Written in 2015-18 from the author’s home in New York City, the poems capture the current geopolitical moment as a “brown-bodied person who travels the world and encounters various forms of nationalist tendencies.” Indeed, what constitutes a nation and a people confuses and matters a lot to a speaker born into the Indian Ocean diaspora.

“We are constantly interpolated by threat, and yet we still must desire and grieve, laugh, and fight,” says Fernandes.  “Speculation is the major mode, writing out of that hurt as we mourn the future and what form it might take.”

The title poem captures one of a variety of threats, providing a “central orientation for the book,” as a speaker is shaken and bruised by different manifestations of masculinity. On the title, Fernandes writes, “I read a book by Christian Bok called Eunoia in which he makes an argument that all vowels have personalities. O is described as being both jocular and obscene, which appealed to me given some of the poems more accusatory, humorous, and ironic tones.” 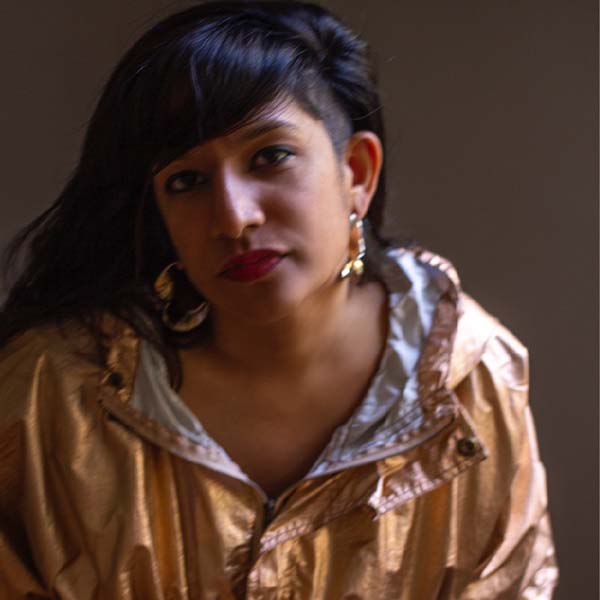 Humor, whether dark or self-deprecating, helps create distance from several intense situations in the poems.

The book was a finalist for the Kundiman Book Prize and Saturnalia Book Prize and joins the company of 2020 poetry releases that Fernandes describes as “a reckoning with our times,” including works by Danez Smith, Jenny Zhang, and Taylor Johnson.

She will read from her new book with many poets, including Natasha Tretheway, in cities around the world. Her reading in Amsterdam will include a reading of work by Mario Sanchez ’21,  who is studying abroad in the Netherlands.