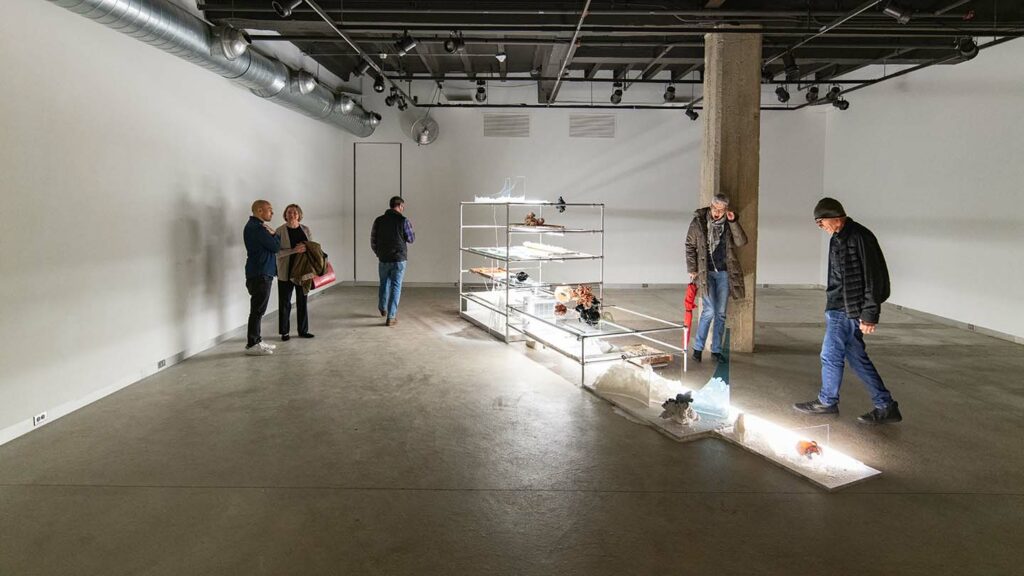 People viewed artwork from the exhibit before the gallery closed due to COVID-19 concerns.

Before Karl Stirner Arts Trail existed, William Lamson came to campus as part of a show called Possible Realities, which helped illustrate the artistic potential of what could happen on the trail.

It’s no surprise he was invited, given some of his projects exist at the intersection of art and science, that space Jim Toia, director of community-based teaching, says “opens up more questions than it answers, which is a fortuitous environment for an artist.” 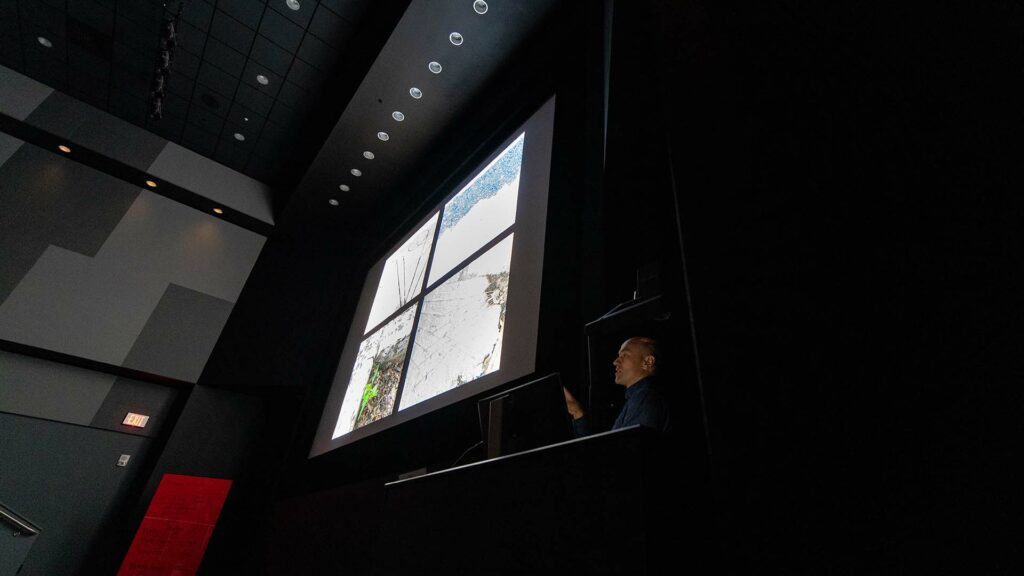 Lamson intervenes in landscapes. Once in the desert of Chile, he attempted to activate dormant flower seeds that survive the acrid environment for a decade only to bloom following heavy rainfall. In the Mojave Desert in California, Lamson used a tool he fabricated from a sundial, mirror, and magnifying lens to follow the sun’s arc and transform the sand into glass.

In the Grossman Gallery, his piece Badwater is actively spreading brine across the floor (albeit under the work, rather than out in front because of the slope of the floor).

It is the third time he has installed the piece, which is constructed of two systems, one that pipes water through epsom salts and another that collects humidity from the room, which includes the moisture released from breathing, and pumps it through the same salts.

That water and those salts gather and grow across copper and glass trays, glassware, and fabricated sculptures.

“It is one fluid system,” says Lamson. “Both natural and synthetic, dependent and independent. It has its own agency and sensitivities, an ecosystem of non-living things.” 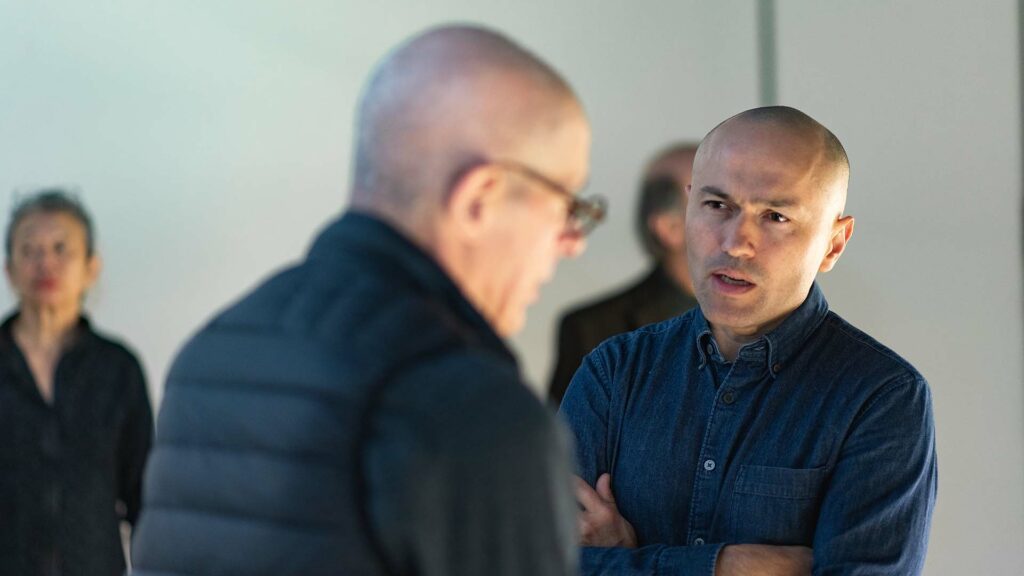 With the water flowing intermittently, the salt continues to grow and expand, coating objects, hanging in drips like stalactites, and spreading like ash in wider and wider circles.

“It’s inanimate but still continues to exert itself, and, if allowed, forever advancing,” he says.