In summer 2017, Holly Roadfeldt, pianist and instructor at Lafayette, was an artist-in-residence at Avaloch Farm Music Institute, a retreat in New Hampshire for chamber musicians and ensembles to rehearse, workshop repertoire, prepare for recordings or concerts, collaborate with composers, and focus on their artistic projects without interruptions.

For this summer residency, Roadfeldt worked with two singers and three composers on solo repertoire and chamber music. One of those singers was soprano Ann Moss, whom Roadfeldt met on Twitter (a place that has a thriving new music community where musicians share ideas). In preparation for an outreach recital, they workshopped material, reading through many pieces, including a song cycle called “Autumn Winds,” composed several years earlier by Kirk O’Riordan, associate professor of music.

“The songs were just gems that we couldn’t stop reading through,” says Roadfeldt. “It is an extraordinary composition, and we were discovering musical elements we had not seen in other pieces. While we had anticipated performing newly composed music before we even met at Avaloch, performing this piece was unexpected. Instead, it became the focus of what we wanted to explore.”

And explore they did. That summer, they performed several pieces from the 15-song cycle. They returned to Avaloch in 2018 to rehearse it and other O’Riordan compositions. They then recorded it on stage at Williams Center for the Arts with Roadfeldt’s favorite piano in Pennsylvania: Lafayette College’s Steinway D. 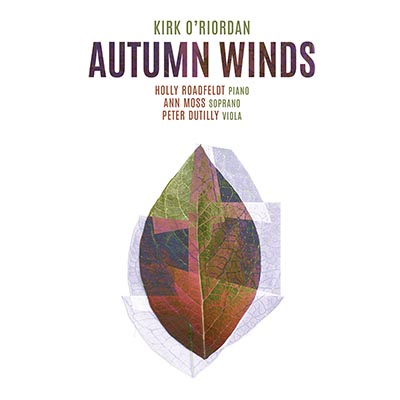 The album Autumn Winds was just released by Ravello Records, featuring Roadfeldt, Moss, and violist Peter Dutilly in a variety of combinations. Reviews are strong.

“Autumn Winds,” written in 2012, is a collection of 15 settings of haiku by Matsuo Basho. The phrase “autumn winds” appears in each piece.

“These were pieces that needed to be written, even though I didn’t have a performance lined up for them immediately,” says O’Riordan. “The first time I heard them was when Holly and Ann played them for me at Avaloch. We all knew instantly that these songs had to get out into the world, and that we needed to build a recording around them.”

Composed for piano and soprano, the pieces are meditative yet sparse, lush yet angular, and build as the metaphor shifts from imagery of nature’s beauty to a harbinger of the end of one’s life.

“I first worked with Basho’s poems on my first album, Strange Flowers,” says O’Riordan. “I’m drawn to creating art that has strong relationships with works in other disciplines. When I set poetry, I want listeners to see how the words relate to music.”

Thus his collaborations with writer Lee Upton, professor of English.

The album also features a four-song cycle called “Four Beautiful Songs” with text by Upton. All three artists play on those songs that O’Riordan composed in 2018.

“Lee’s poetry offers brilliant images and wit,” he says. “There is so much music in her poetry already that I felt my job was to just stay out of the way.”

The performers converged on Avaloch in 2018 to rehearse as part of an 11-day residency. O’Riordan joined them for the final three days.

“With a singer in San Francisco and a violist in Florida, we were blessed to have such an outstanding facility at our disposal,” he says. “It was a remarkable experience.” 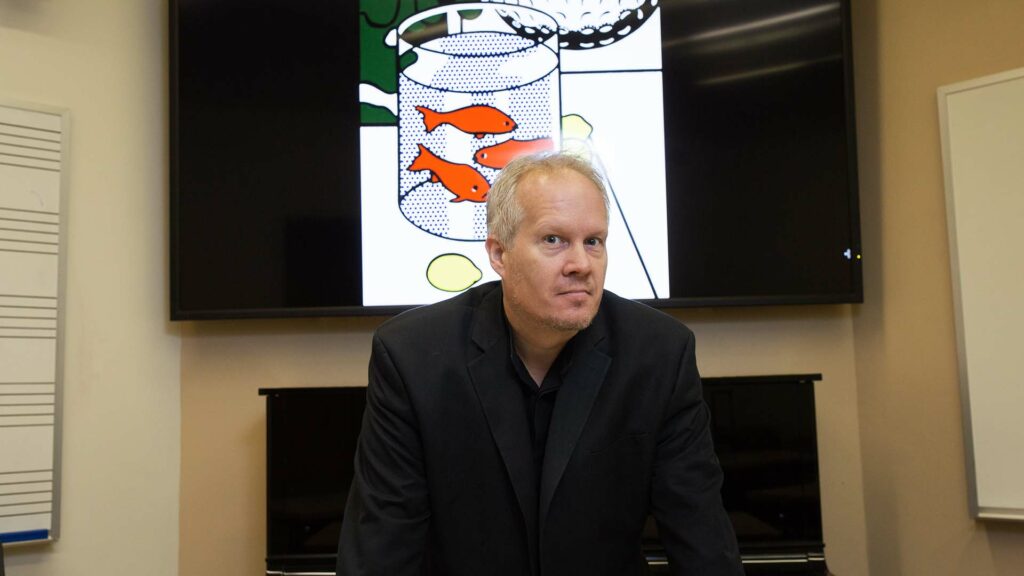 “Rehearsals were intense, and with the different ensemble combinations, we worked eight to 10 hours a day to prepare for the recording,” says Roadfeldt. “One of Kirk’s true gifts as a composer, one of his many gifts, is trust. He has faith in the performers who learn his music to approach his work with honesty and integrity. They may interpret his composition in ways he may not have anticipated, but since he is so committed to his vision, performers can share the music confidently to audiences.”

Trust was fundamental for an ensemble that met in part over social media and didn’t really know each other.

“Holly knows what I try to do as a composer, sometimes better than I do,” O’Riordan says. “Holly, Ann, and Peter are all virtuosic soloists who had a short time to learn how to work with each other. The performances work because they all cared so much about their craft.”

“During the sessions I was available when needed, but I let them do the work. I tried to give them the freedom to be creative without worrying about anything else,” says O’Riordan. “I trusted them to do what’s right for the music, and their level of performance is humbling to hear; I was blown away by what I heard. They were committed to making the project work, and I am so gratified they gave that talent and commitment to my music.”

“This isn’t background music,” O’Riordan says. “One needs to be really focused on these performances to hear all of the nuances.”