The unquestionable heroes of the COVID-19 pandemic are doctors, nurses, medical personnel, and first responders who put their own lives on the line every day to save those of others. And Lafayette’s Stephen Sajer ’22, economics major and men’s lacrosse team member, has a thoughtful way of showing those on the front lines in his hometown of Summit, N.J., that they are appreciated: making sure they have enough to eat. 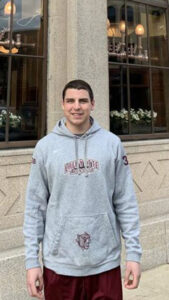 Sajer volunteers for Front Line Appreciation Group (FLAG), an effort started by his mother and several other members of the Hilltop City community. FLAG has partnered with the Police Athletic League (PAL) to raise money to purchase meals from local restaurants and deliver them to health care workers at Summit’s Overlook Medical Center, as well as to members of the City of Summit Fire and Police departments.

“I was born at Overlook Hospital and raised in Summit,” says Sajer. “These professionals are not only putting themselves in danger being around this extremely contagious virus, but their families as well. Doing this work eases the burden not only on them, but also on the fantastic restaurants that I have been around my whole life, and that are facing layoffs and loss of revenue.”

The initiative has raised $65,000 to date, which will allow the group to buy several weeks’ worth of individually wrapped meals from participating restaurants. FLAG members, including Sajer, team up to personally drop off the food two times a day—once for lunch and once for dinner. On any given day, they can transport up to 200 meals, all while adhering to social distancing guidelines.

“The meals are wrapped individually to allow meals to be transported throughout the hospital,” Sajer says. “[When a FLAG member picks up the food from the restaurant], the food is placed in the trunk. We then drive to the hospital, where hospital employees grab the food out of the back at the hospital loading dock. It’s done this way to prevent any possible spread of the virus—absolutely no contact between each other.”

Sajer is thrilled about the response he has received from community members who are willing to pitch in on the group’s efforts, and he says frontline personnel have used outlets like Facebook to express their gratitude for FLAG’s work. 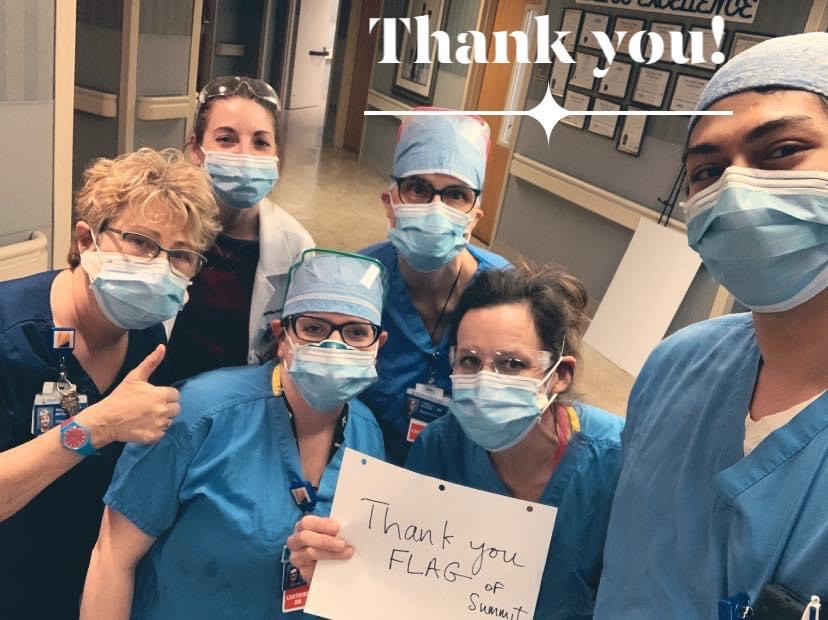 “The feedback has been fantastic,” he says. “Many people are calling, looking to get involved in what we are doing. Many restaurants that are still open are more than happy to help out, and they have been very appreciative of the work we are doing for them. One of the great things about Summit is that everyone is willing to do anything to help out.”

Sajer’s efforts build upon the active citizenship work that has become part of the Men’s Lacrosse program. Coaches Pat Myers and Scott Bieda ask each player to dedicate at least 10 hours of time to community service with the goal of collectively logging 400 hours. In 2019, the team far exceeded that goal, tallying more than 500 collective hours of service. Learn more about the lacrosse team’s work.

Sajer is just one member of Lafayette Athletics taking advantage of the stay-at-home order to help serve the community: Jaclyn Hibbs, assistant field hockey coach, Bieda, assistant men’s lacrosse coach, and other student-athletes also have been volunteering for organizations in Easton, Pa., through the College’s Landis Center.

Sajer expresses that he is thankful for the opportunity to use this time to do something for the greater good.

“It is frustrating being stuck at home,” Sajer says. “This effort gave me a bit of purpose in these difficult days. It is very gratifying to do my part for these heroes in my community.”