Virtual event was held to honor outstanding students May 1 Twitter

Three students were honored for their academic work and dedication in the geology and environmental geosciences via a special virtual awards event.

The Arthur Montgomery Geology Award: Julisan Street ’21
Awarded annually to a student of high academic achievement and enthusiasm for geology, in honor of Arthur Montgomery, professor of geology 1951-75

The Ted and Georgia Metropolis Prize in Geology: Bailey Wild ’20
Awarded to a junior or senior geology major who has exhibited high academic achievement  and demonstrated enthusiasm for geology and environmental geosciences both inside and outside the classroom and through service

The Guy and Joyce Hovis Award in Geology: Amanda Willett ’20
Awarded annually to a student majoring in geology, who by dedicated effort in a rigorous academic program, has achieved distinction in science and math throughout her/his academic career, or who has come to achieve such distinction through steady improvement. Such a student should be seen by the faculty as a potential partner in performing collaborative geoscience research. 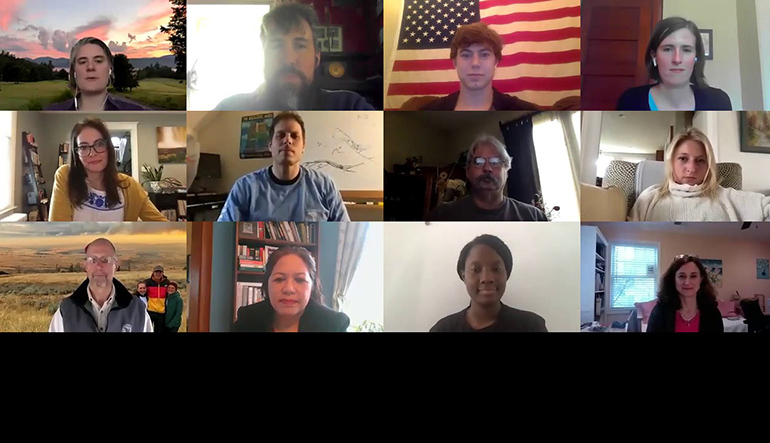