When Susan Basow arrived at Lafayette College in 1977, co-eds had only been here for about seven years, and women made up only about 15% of the faculty. 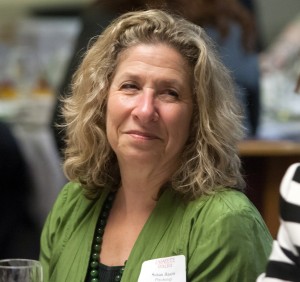 Susan Basow, Dana Professor of Psychology, was the first coordinator of the Women’s Studies program.

“We had a group of female faculty who met regularly and talked about issues relating to sexism on campus for faculty and for students, about policies that seemed to be unfair or affected women differently,” Basow recalls. “This was the late 1970s and early ’80s, and the field of women’s studies was just getting started. Six faculty members wrote to get a summer faculty development stipend to steep ourselves in learning about this field.”

Basow, Charles A. Dana Professor of Psychology and Women’s, Gender and Sexuality Studies Advisory  Committee member, is retiring after 43 years of teaching at Lafayette. She proudly recalls being part of the first introductory courses on gender studies, as well as the first woman in the psychology department to get tenure and third to be promoted to professor.

The realization of restrictions on women and sensitivity to women’s issues began for Basow when she attended all-female Douglass College, where the immersive female environment and exceptional female faculty led her to friendships that continue to this day. When she attended graduate school just as the second wave of the women’s movement was gaining momentum, she became aware of feminist concepts and principles that guided her as she began her career.

“My first full-time job was at Trenton State College [now the College of New Jersey], and I was working in the Counseling Center. Conversations with my colleague, Karen Howe from the psychology department, about how important it was for us to have women role models, really started my research. We published several articles on female role models and how high school and college students perceive them,” she says. “At that time I also was very mindful of how gender was affecting the clients I was working with, including the men who often were very restricted by traditional masculine norms. And so, I developed a course on the psychology of gender and that became my lifelong interest.” 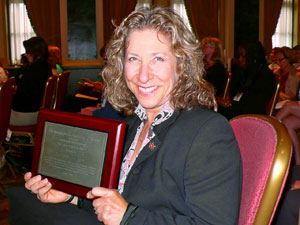 Circling back to the early ’80s at Lafayette, Basow and her colleagues who immersed themselves in the field of women’s studies worked hard for many years to get administrative and financial support for the program. Looking back, she says, she was fortunate to have found a small group of people who were like-minded and equally committed to making a difference—and that being in an environment where it was possible to make change was extremely rewarding. The program has made great strides in the last several decades and is now a strong, vibrant major with an expanded curriculum.

Throughout those years, Basow was able to address both her teaching and her research through an interdisciplinary lens, incorporating her background in psychology to inspire countless students in their own studies. She taught a cross-cultural psychology course during study abroad trips in Costa Rica in 2012 and 2013, and again in Madrid (for engineering students) in 2019 and 2020, with the programs allowing students to gain an outside perspective and cultural appreciation, as well as receiving a broader, more global education.

Basow herself is an avid traveler and appreciated the opportunity to open students’ eyes to the human similarities across cultures.

“The world is an amazing teaching experience, and a study abroad program is much more all-encompassing than just teaching a course. The course in cross-cultural psychology that I developed specifically for this kind of format allows students to understand what they’re experiencing—not only understanding how culture affects the country that we’re in, but also how encountering cultural differences affects them,” she says. “In the four semesters that I’ve led study abroad programs, students have grown so much, and I think for many of them, it will be something that they remember for the rest of their lives.”

In recognition of the substantial contributions that she has made to her field, Basow has been the recipient of a number of awards throughout her Lafayette career, including the Marquis Distinguished Teaching Award, Jones Lecture Award, and the American Psychological Association’s Heritage Award. And while those accolades are appreciated and make Basow feel fortunate to work in what she calls “one of the strongest departments at the College,” she also acknowledges that the true joys of her career were when she was helping students connect what they were learning with the world around them.

“Certainly one of the most rewarding aspects of being a faculty member is seeing students grow and develop, or seeing their eyes light up in class when something we’ve talked about has clicked for them and they see it applied in their lives,” Basow says. “In many cases, these students grow in ways that enhance their own lives and make the world a better place. The growth of the women’s studies program has been particularly rewarding. The psychology department has also developed in ways that I think has made it one of the strongest departments at the College.”

In her retirement, Basow will miss her departmental colleagues and friends she’s made at Lafayette, as well as the dynamism of the classroom. It will be a period of adjustment, she says, but knows she’ll remain connected even as she learns to let go.

“Since I’ve been 5 years old I’ve been involved in academia, either as a student, a counseling psychologist, or as a faculty member and department head. It’s going to be an adjustment period for me, sort of like letting go of that part of my identity,” she says. “I’m sure it will pan out, but I’d love to be able to do something like study abroad again.”