In support of the Black Lives Matter movement, the Student Government Equity & Inclusion Committee is spearheading Lafayette Students for Racial Justice, an educational fundraising campaign, with 24 other student organizations. As of June 24, the students reached their goal of collecting $20,000 for various organizations, and they aim to surpass their target by the fundraiser’s June 26 end date. Below, Fatimata Cham ’23 (international affairs and government and law major, member of Equity & Inclusion Committee) and Mary Zimmerman ’21 (Student Government president, government and law major) share the inspirations and aspirations for the cause. 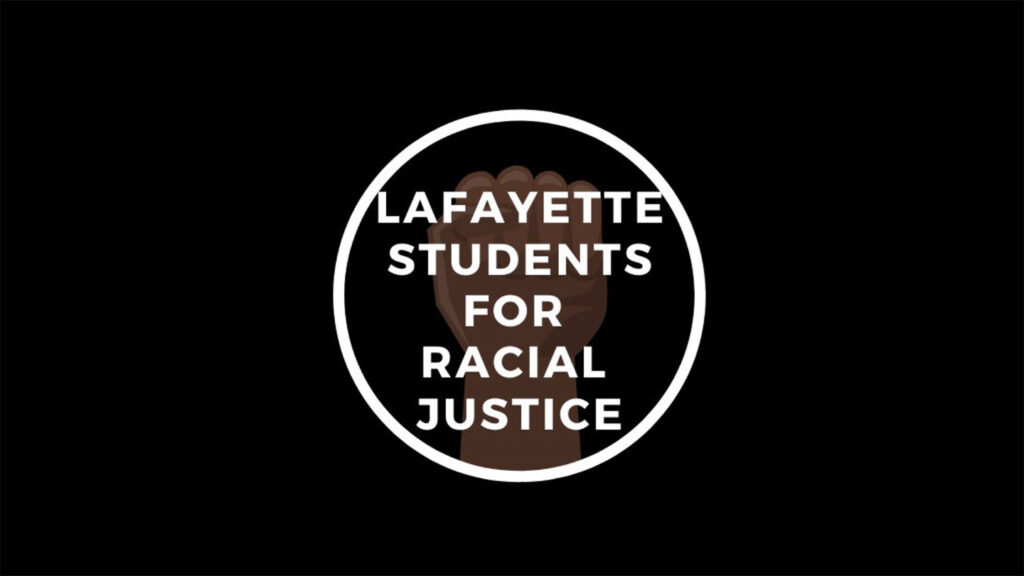 “It was important for my committee to take action because there are a lot of Black students on campus who were affected by these police brutality instances. Being a Black student at a predominantly white institution, it can be difficult to navigate our way around campus, and having this dialogue is extremely important not just for the Black community, but for Lafayette College as a whole.” —Fatimata Cham

“There’s a lot of social unrest, and it isn’t just on the TV screen—it very much happens and can happen on our own campus. Lafayette is a microcosm of everything that’s going on in the world. We need to be aware of that, and bring kindness and empathy to our community.” —Mary Zimmerman

HOW WE’RE MAKING AN IMPACT 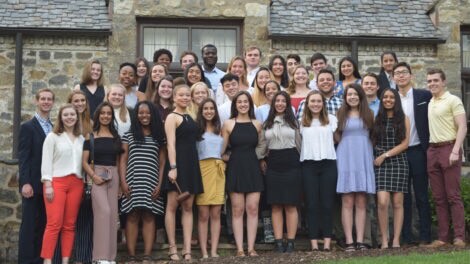 “We are working within the organization to create infographics that we can share on social media. They break down different topics that impact the Black community, including health disparities, educational inequality, and housing insecurity. It’s a way we can educate the community and raise awareness about these issues. We are also fundraising for Black Lives Matter of Greater New York, the Atlanta-based Black Trans Women Fund, and the POWER Bail Fund of the Lehigh Valley. We chose these organizations because they push for change in policy and work with communities deeply affected by the issues [of racial injustice], and because there are a lot of different intersections and identities within this movement. Our original goal was $10,000, but in a matter of three days, we reached more than $8,000, so we collectively decided to raise it to $20,000. It shows how strong our community is, and how much everyone cares about this issue.” —Cham

“With everybody having to leave campus early, I think one of the most important things to retain is a sense of community within Lafayette. This fundraiser has not only helped support the causes of racial justice and systemic racism, but also brought together a lot of different groups that may not have even talked before this fundraiser, and they’re able to collaborate and talk about some difficult issues after going through such hardship in the spring semester.” —Zimmerman

CHANGES WE WANT TO SEE

“In the wake of recent events, many people’s lives were completely changed; but for many, racism and acts of police brutality are not new. I’m hoping to raise awareness of what it’s like to be a Black person living in America at this moment in time. I think it’s difficult for people who may not always face these issues on a daily basis to truly understand them. We want to create a conversation that gets people to truly, deeply think about the people around them, where they come from, and the issues they go through. I want to see the centering of Black voices. The centering of Black women and trans women. The centering of people who have been at the forefront of these movements but whose voices are left out of the conversation. I want to see funding go into education—education that is centered around educating people about the real history of America. I want to see changes in the distribution of wealth in the world, changes in legislation in America, and defunding of the police. The work my peers and I are doing is one step toward a world where justice is at the center, and where everyone is truly free.” —Cham

“Student Government would like to see a continuation of education regarding topics of racial injustice and police brutality. We will continue to educate ourselves as well as the Lafayette community, and we hope that the rest of the world is committed to doing the same. This is not just a moment, but instead a movement, and we hope to keep the momentum going within our own community and throughout the world.” —Zimmerman

OUR MESSAGE TO THE WORLD

“We’re in this together because this issue deeply impacts Black students in our community. These issues of racism and police brutality transcend beyond Lafayette’s campus, and we must work together to combat these issues in order to create the world we all envision.” —Cham

“We want to tell everyone in the Black community and the Lafayette community that we’re here, we support them, we stand with them, and we want to make a difference.” —Zimmerman

“Moving forward, this issue of racial justice is something Student Government is going to continue to talk about and create more conversations about within different committees.” —Cham

“In our statement, we committed ourselves to certain actions. One of them will be Student Government incorporating anti-racism training into our initial training that we have at the beginning of the year. We’re also going to try and have more conversations about public safety on campus. As president, I’m committed to making sure that everybody in Student Government is aware of everything that’s going on and is able to represent people in the best way possible.” —Zimmerman