With the help of two high school friends, pre-med biology major Kwabena “Koby” Acheampong ’22 designed #WEAREONETEAM T-shirts to promote the joining of forces across all races, genders, sexualities, and creeds in the fight for human rights and racial justice. In just 10 days, Acheampong and his friends sold 199 T-shirts, raising over $2,000 for the Equal Justice Initiative (EJI), founded by civil rights lawyer and author Bryan Stevenson. Below, he talks about his ambitions as an activist. 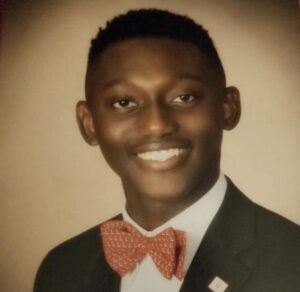 “In the Black community, police brutality, injustice, and systemic racism happen every day. And there are a lot of other people who want to help, but don’t necessarily know how. So, I wanted to find a way for people to be effective while at home because we’re also in a pandemic. We thought gathering financial donations would be the most impactful. My friends and I came up with a way to not only do that, but also give donors a way to show their support for debunking systemic racism and spark the conversations that need to be had in this country by wearing this shirt wherever they go.”

HOW I’M MAKING AN IMPACT

“My friends and I went to The Lawrenceville School in New Jersey, and one summer, for summer reading, we read Just Mercy by Bryan Stevenson, who also came to our school to talk about his book. When we were looking for organizations that we would want all #WEAREONETEAM proceeds to go to, we stumbled on the EJI. It was a no-brainer for us. EJI is a nonprofit organization that fights for those who are wrongfully accused and those who are discriminated against in the criminal justice system, in addition to helping lawmakers and legislators propose laws and bills that would actually fix these flaws within our system. A credible long-term organization with the infrastructure to put our funds to effective use only made our decision easier.”

CHANGES I WANT TO SEE

“I’d like to see how we can reallocate funding for certain organizations into Black communities, Black education, Black living standards—Black lives, essentially. It’s been far too long that Black public schools are not up to par with white public schools, which have more resources, more tutoring, and more exposure to hands-on learning and extracurriculars. I would like to see the curriculum in these institutions changed to teach the history of Black America we are often not taught by schools but rather through social media. A more comprehensive and restructured teaching curriculum is very much needed. I support the defunding and restructuring of the police organization and finding ways to implement those funds into more effective measures, such as training for other types of first responders that don’t involve an armed first responder. And over time, hopefully relations between a more comprehensive first-response department and police force would lead to a decrease in these rapid deaths of Black individuals and eventually lead to an increase in educational prosperity, living standard systems, and generational success in the Black community.” 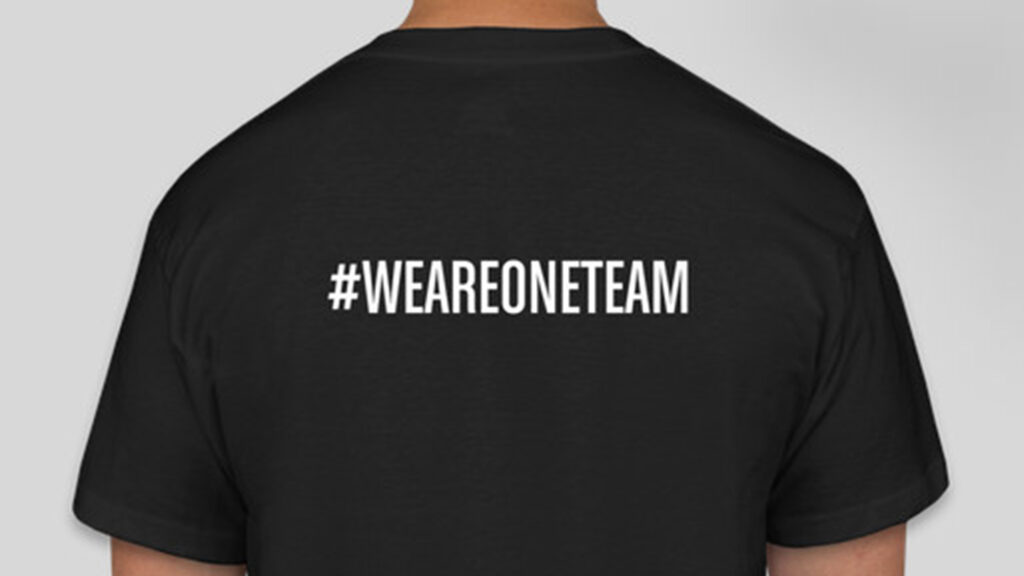 MY MESSAGE TO THE WORLD

“Whether we are fighting against racism or sexism, or fighting for gay rights, we’re fighting for a very similar thing, but from different perspectives: human rights. When we talk about Black Lives Matter, we also need to account for all Black lives, such as the Black LGBTQA+ community, Black women, and how those intersectional issues require us to be ever more so inclusive in these discussions to ensure all perspectives and contexts are being heard. The point of #WEAREONETEAM is to be an all-inclusive support system that allows for intersectionality and for the joining of forces to push for human rights of all kinds. Whether you know it or not, you’re involved in the system and we’re trying to fix the system for the better. And if it’s not fixed for one group of people, it’s not going to be fixed across the board.”

“This isn’t a movement in my eyes; this is something we want individuals from whatever backgrounds to be able to access and support in the long term. My friends and I have started a campaign on Instagram, @theweareoneteamcampaign, where we will post pictures of supporters wearing our T-shirts and of other initiatives that we want to support. This will allow us to launch more initiatives and social media content that supporters can access. A few Lafayette students and I are also in talks about bringing the campaign to campus in the fall and selling some sort of clothing, again with all proceeds going to an organization like the EJI, a credible long-term organization with a mission that parallels ours and with the infrastructure to put our funds to effective use.”