For the fourth time in four years—and for the first time virtually—Lafayette seniors celebrated one another with a “Senior Voices” event presented by the senior year experience committee. Hosted by Riley Godshall, special assistant to the vice president of Campus Life, the event allowed several seniors to tell their unique stories and to share what inspired them most during their time at Lafayette. Here are their experiences, in their own words: 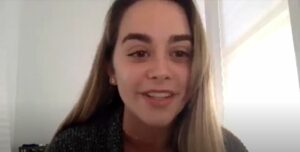 “I want to say how proud I am of each and every one of you. You’ve completed your semester online, and it was incredibly hard not to be on campus. This is a class that has literally been through it all, but one thing remains the same—the Class of 2020 and everyone in the Lafayette community has shown an incredible amount of compassion and altruism. Despite being so far apart, I’ve never felt so close to this community.

“This time in quarantine has led to me reminiscing on my time at Lafayette. Each year I haven’t necessarily changed, but more so, I’ve grown confident in who I am and what I stand for. I find value in Maya Angelou’s quote, ‘People forget what you said. People forget what you did. But people never forget how you made them feel.’ At Lafayette, I loved greeting people on the Quad and being a support system to my family, friends, and residents. In one month, I start nursing school, and I’m ready to give that same care to my patients. Empathy is what we need now more than ever. Growing up, my childhood was shaped with the belief of being welcoming and open-minded to every person I meet. To this day, I believe we can all grow in our capacity of love and respect.

“Most of us experience a time in our life that fundamentally shapes who we are. For me, that time was when I studied abroad in Kingston, Jamaica, last spring in a comparative health care program. One day, we visited an orphanage and were asked to help. The most difficult moment of my life was when a medically compromised child asked me to hold his hands and couldn’t stop laughing as he found joy in my horrendous dancing. He didn’t want to let me go, and it was so hard to be a temporary source of joy. Our professor emphasized that the children could feel the love in our hands and that it meant the world to have us there. I still think about them to this day. The people of Jamaica have inspired me to live by their unifying mindset, ‘Out of many, one people.’ We live in a world full of so much vibrancy, hope, and diversity. Jamaica inspired me to give equitable care to every person as if they were my own family.

“During this uncertain time, I’ve seen so much compassion and dedication similar to what I’ve seen in Jamaica. Please never lose this compassion. I’m grateful for what I’ve learned the past four years at Lafayette more than words can say.” 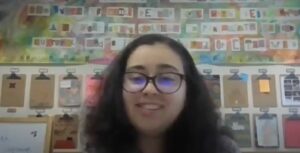 Talia Baddour ’20 talks about how she found a true community at Lafayette.

“Home is Los Angeles, California. I get the question a lot of, ‘Why would you leave California to come here?’ I can tell that everyone who asks craves a racy adventure story of a young woman running away from home to the exhilarating metropolis of Easton, Pa. I developed a formulaic answer for everyone to fit the mold that I melded into so naturally: the liberal Californian. I spoke my mind openly and the walls of upper Farinon reverberated with the sound of my emphatic speeches and laughter. I became a palpable prototype for social testing, and I passed every test except for my own. I was not being honest with myself or others, but I did not want to fall into the trap of the ‘immigrant story’—the one where your parents come to America from Syria in 1985 and build themselves up from nothing. The one where I became the interpreter and the liaison between my family and the people next door. My mother ensured that the Muslim immigrant narrative was absent from the fabric of my existence. She was afraid that I would be limited and be the victim of Islamophobia and xenophobia, so I pushed myself away from that story and became lost in the process.

“Then I came to Lafayette. It was hard to find anyone who shared my ethnic confusion. I vacillated between communities of students who were either so unaware of my experience that they could not even comprehend, or those individuals whose identities were wrapped so tightly in the fabric of their diverse backgrounds that it dictated their path through college. I knew that revealing my fuddled narrative would place me uncomfortably in a broad spectrum of campus identities. Then the Muslim Ban occurred in 2016, and I knew my mother was right. I remember feeling so afraid and so alone, and even more confused. I was desperate to make connections—the people who could give me the space, time, and patience to explain my utter confusion and my fear of not being accepted for who I am. I realized that the only way I would find people who would accept me was for me to accept myself. I wove the patches of Islam, Arabic, and Syria in the quilt long-dominated by liberalist California.

“It led to my first ASB trip during spring 2017. In so many ways, it was impossible for me to consolidate my experiences with those of Native Americans living on a reservation in South Dakota—a community that was the victim of the violent dealings of U.S. bureaucracy and marginalized by the government for hundreds of years. Sound familiar? That trip was made up of a group of dedicated juniors and seniors who either shared this confusion in their own narratives, or were curious enough to listen and offer compassion. That was the first time in my college experience that I felt like I belonged. This is a story of finding one’s community on a campus, and I found that by working with a team to understand and benefit another community. This theme carried throughout my various activities on campus. These people accepted me, listened to me, and made me feel like I was part of something great—that I could use my identity as an avenue of empathy or as a unique contribution to any conversation. Thank you to the Lafayette community for everything.” 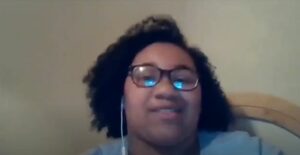 Danielle Thomas ’20 tells the story of how she grew her involvement at Lafayette over time.

“I think about who I was during the first year and who I am now, and those are starkly different people. That first year, my definition of ‘success’ in college was getting my degree. I really wasn’t about being a part of clubs, and the activity fair was way too much to handle. I decided I was going to go to classes, do my homework, get my degree, and that would be it. Because I’m black, my parents told me, ‘You have to be on top of things. You have to be better than the best at all times.’ A part of my goals was to get a job while I was on campus, and I got a job working as an office assistant in student involvement and leadership. I soon realized that my boss and I had very different definitions of being successful in college. She was all about being involved and said that I needed to do something on campus to show that I care. She specifically loved the orientation program, and looking back I realize that I was focused on myself at the time, and I was somebody who was aware of how much my parents were sacrificing for me to get my degree.

“I tried a few things at first, and it was hard because I really hadn’t understood yet how important it was for me to be involved. Sophomore year came along and Sophomore Spring happened, and I applied. I was determined to give it a try. I was up to any challenge. On the first day of spring training, when you walk into the room, everyone is singing, shouting, and hugging each other. I remember calling my mom and saying it wasn’t for me. And she told me that she didn’t raise a quitter, so I was going to stay. I went through and did the experience, and it was probably the most uncomfortable I’ve been in a space in a long time. To be myself in a space of people who were readily available to be vulnerable about themselves—I wasn’t prepared for it, and it showed. I had to relearn how to be Danielle—not just a black woman and a chemist, but also a leader in the space. I struggled for a long time, and it was hard, but I looked back after we finished spring training and orientation, and I had these wonderful 12 kids who I got to help and lead around. When I finally had a chance to think about everything I had gone through and the people I had seen day in and day out, I realized how much I learned. That being uncomfortable is such an important part of learning who you are and how to share your story.

“Being more than just a student is the definition of being a Lafayette student. I had the opportunity to work for a person who pushed me every day, and she taught me to push myself because she saw more in me than I think I ever did. Leading and occupying space are too different things, and being a leader and someone powerful in that space was really different. I’m thankful for the experience because my story doesn’t end there. I ended up doing the leadership team my junior year into my senior year, which was another uncomfortable process for me. It also led to other opportunities, like being part of the senior experience. I just want to say thank you to her and to my professors, who have always pushed me because just occupying my space as a black woman isn’t all that I could be.”