The Obama presidency were the boom years for gun and ammunition manufacturers. The capital D for democrat that followed his name was motivation enough to have people stock up in case he attempted to regulate the industry. Over Obama’s two terms, Americans purchased nearly $29 billion in firearms and $17 billion in ammunition. 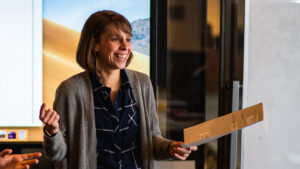 Guns were a common part of life for Greta Bergstresser growing up in central Pennsylvania. Hunting and protecting livestock from predators made guns a necessity. Years later with Obama in office, she witnessed the immediate hysteria and slow-burning worry that the commander in chief would “take our guns away.”

Nary a box of bullets could be found on shelves in the local WalMart—sold out as soon as they had been restocked.

Bergstresser decided then to begin a series of portraits of people with their firearms. 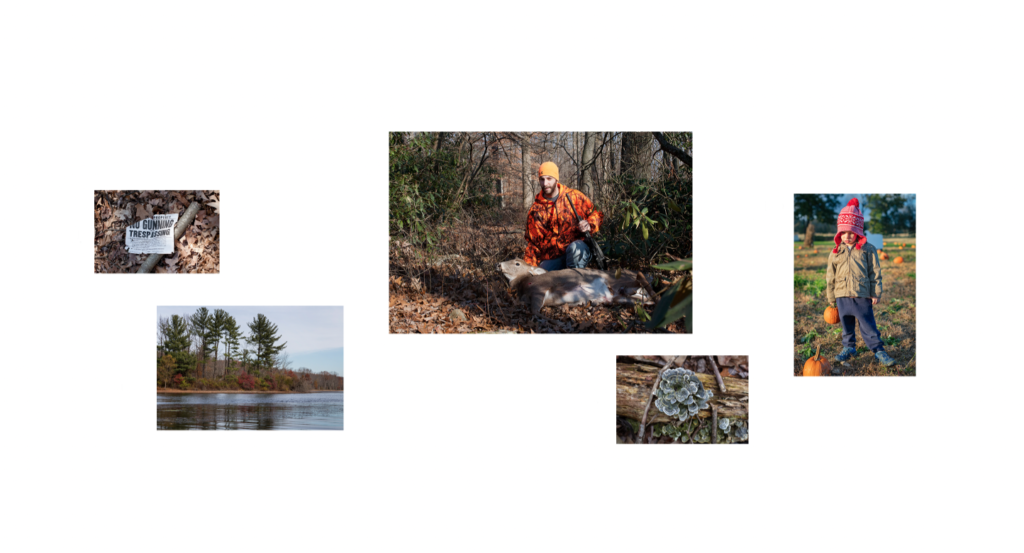 She has made a life of images, picking up a camera as a young woman, earning a master’s degree in fine art from Rhode Island School of Design, and teaching photography at Lafayette. Her surroundings have been her subject matter, using large-format cameras to process and print black-and-white images of local coal and slate mines.

“Extraction of local resources has been a theme in my work,” she says. “How the process of collecting these resources would obliterate the landscape.”

Lasting effects of that extraction would leave the earth fissured and scarred.

At the same time as workers pounded the land, their families, like Bergstresser’s, nurtured it.

She was reared on a self-sustaining farm, growing vegetables and slaughtering hogs and chickens. Over the years she has become skilled with the blade, dressing a chicken in about a minute. She and her father, who killed and plucked, could butcher a large flock quickly and fill their storehouses for the season. 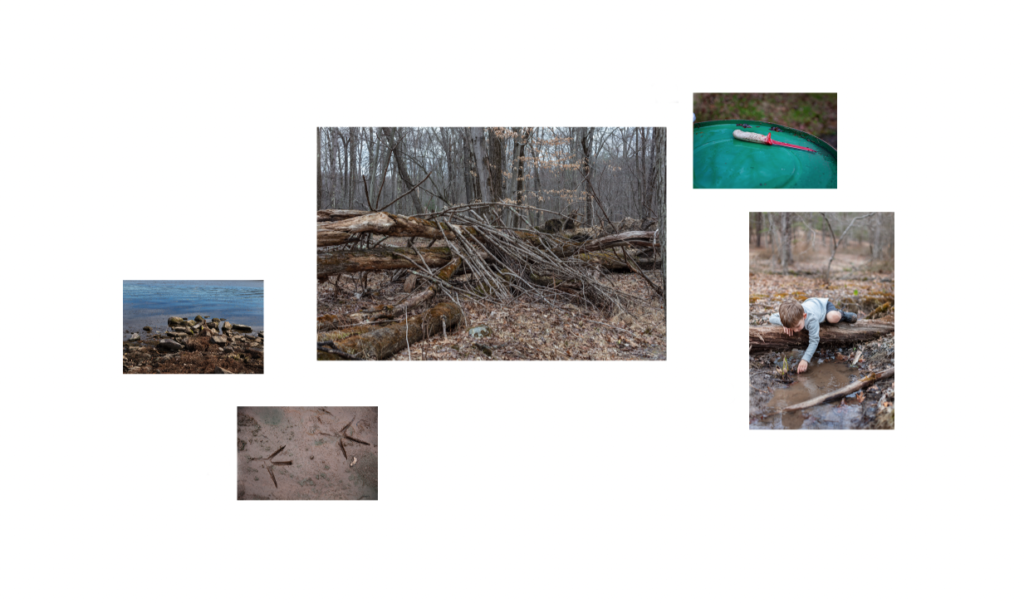 So as she met her subjects and they posed with their firearms, she could see the set of life values they shared albeit their different motivations and political affiliations.

“It was clear from our conversations they cared about raising their own food, supporting the local economy, and working in sustainable ways,” she says.

It prompted her to widen her photographic subject matter to capture what going green looked like in more conservative regions of Pennsylvania.

It also inspired the title of her recent body of images: Guns, Gold, and Going Green.

Iterations of the work have hung in galleries including the Arlington Arts Center in Virginia and Western Illinois University Art Gallery. The latest version will soon hang at her undergraduate alma mater, Muhlenberg College.

Pointing wider, her lens soon was capturing images from her own life. Raising her 6-year-old son, she wants him to embrace this land. While they don’t live on a farm, they visit her parents’ farmette on the Susquehanna River as well as hike and camp.

“This was an opportunity to introduce him to nature and a natural life—sustainable, humane, and green,” she says.

Where does gold come in? The libertarian ideals that some subjects espouse have led to gold hoarding, a way to hedge bets for the day when economic policies of the central bank will come home to roost.

Until then, this project will evolve. “I took some photos last week that will go in the Muhlenberg show,” she says. “Each day is an opportunity to document our life unfolding, the landscapes, details, and people that sustain us.”