‘The world is better’ at Lafayette, says one of nation’s foremost geriatric oncologists Twitter

Like all caring, compassionate physicians and before any part of a conversation heads toward his incredible career and achievements, Dr. Hyman Muss ’64 first wants to know your story, how you’re doing, and whether you and your loved ones are staying safe during the pandemic.

During a sun-drenched October afternoon in both Easton and on the patio at Muss’ home in Pittsboro, N.C., the good doctor even made a one-dimensional Zoom call seem like an in-person encounter.

“Where did you grow up, what are your interests, where did you go to college?” he asks with a broad, infectious smile and a genuine curiosity. “Tell me about your family and your work at Lafayette. Did you go to Lafayette?”

Muss, one of the nation’s foremost geriatric oncology and breast cancer experts, and Lafayette remain as close as ever. As an expression of his devotion and thanks to Lafayette for preparing him for his career and his belief in a well-rounded liberal arts education and the power of experiential learning, Muss has made a generous charitable gift annuity in support of undergraduate research/EXCEL and internship stipends. 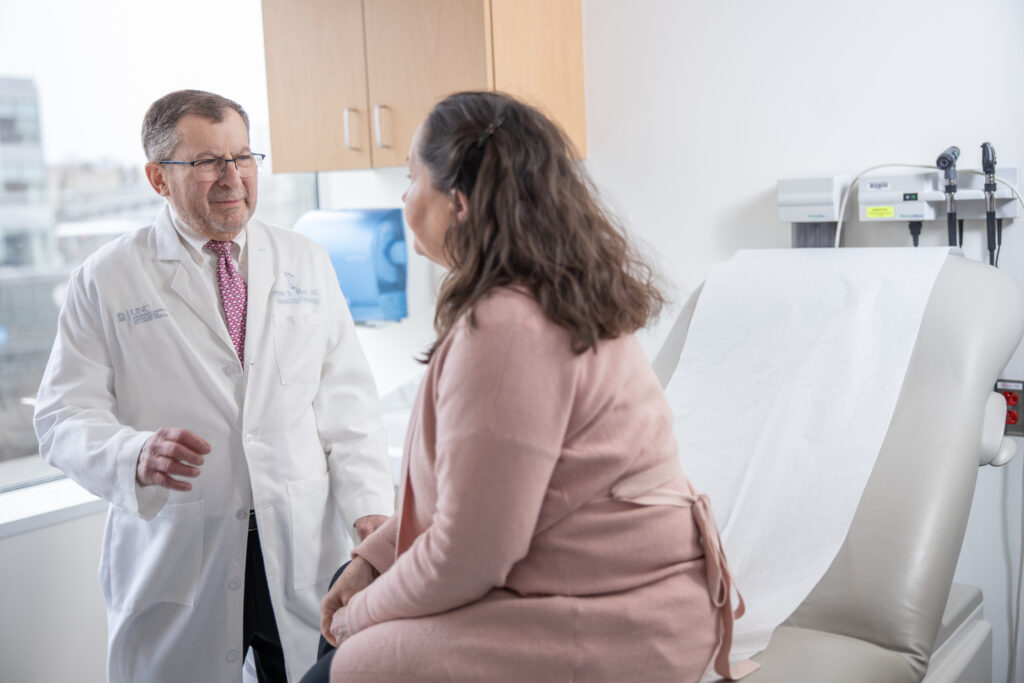 “I’m very indebted to Lafayette as I am to certain other organizations,” says Muss, the Mary Jones Hudson Distinguished Professor of Geriatric Oncology at University of North Carolina School of Medicine and director of the geriatric oncology program at UNC Lineberger Comprehensive Cancer Center.

“I got a great education, and I feel that Lafayette College did well for me,” he says. “My wife, Loretta, and I are firm believers in supporting education, and this charitable gift annuity gave us an opportunity to support some nice things for students and scholars. And the development staff at Lafayette simplified the entire process of establishing the annuity.”

Muss, who received an honorary doctor of science degree from Lafayette last year, recalls a moment that reinforced his devotion to his alma mater when he gazed out at the graduating seniors during commencement. “I was looking at all these women getting engineering degrees and science degrees and saying to myself, ‘My God, the world is better here.’ So we’re very happy to do this. And we’ll continue to give what we can over the years.”

His own journey to Lafayette began rather unremarkably with a recommendation from a family friend. It sounded appealing to Muss, who wanted to get out of the house and attend a college outside New York City.

“And I went up there, and I really liked it,” he says. “I wanted a place where I could get to know the teachers after attending Brooklyn Tech with 6,000 students. Lafayette was small enough to do it. It seemed very user friendly. It had a good feel.”

A so-so high school student, Muss, who received a degree in chemistry, credits Lafayette for making him a better student and instilling a desire to study hard and get into medical school. Although his faculty mentors encouraged him to pursue a Ph.D. in chemistry, he opted for medical school at State University of New York Downstate Medical Center, followed by a residency at Peter Bent Brigham Hospital and a fellowship at the Dana-Farber Cancer Institute.

After his fellowship and service in the Vietnam War as an Army physician (Bronze Star recipient), he taught at Wake Forest School of Medicine. He moved into geriatric oncology after accepting a challenge from his mentor, Dr. William Hazzard, who, as the chair of the medical program, wanted faculty to take on a project related to the subject. Muss completed one of the first studies that compared the tolerance and outcomes of chemotherapy in older patients to those of younger patients with metastatic breast cancer. Accepted without revisions, it was published in the Journal of the American Medical Association.

“We knew so little about these patients at the time. I had to learn more,” he says. “I looked at women who were treated very aggressively but who were over 70, and it showed that they actually did pretty well. I slowly morphed into breast cancer because it had a wide array of things you could do. There was prevention, there was screening, and there was a wide spectrum of treatment. And, quite frankly, many of the women did extremely well.” 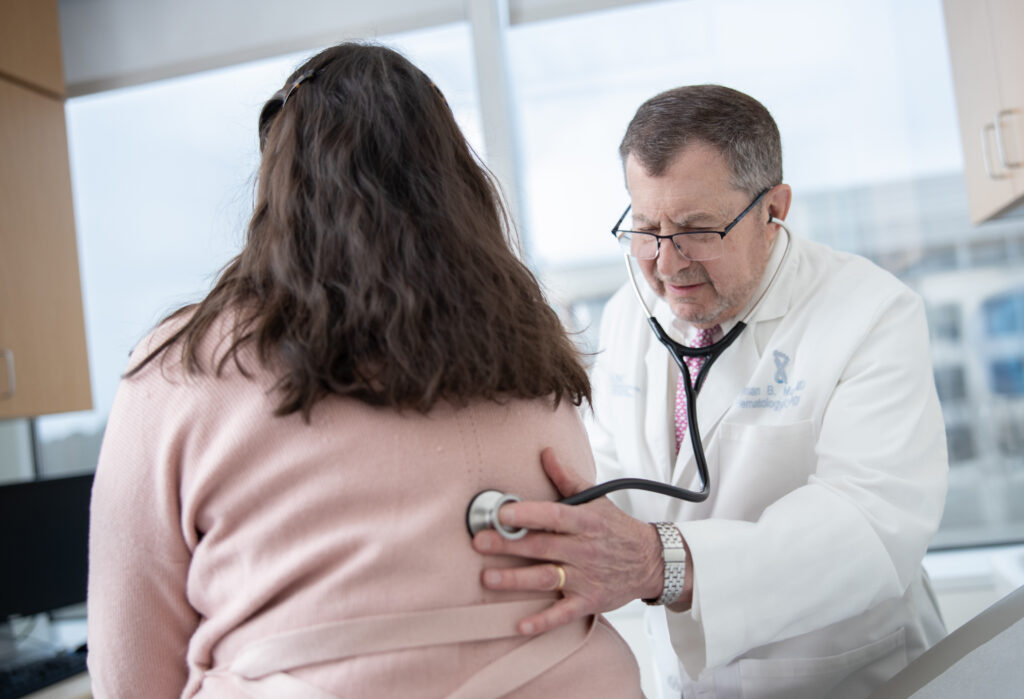 Earlier this year, Muss received the 2020 Allen S. Lichter Visionary Leader Award from the American Society of Clinical Oncology for his career-long dedication to improving the care of older patients with cancer. The award is traditionally given to an ASCO member whose vision, leadership, and inspirational work have left a lasting impact on the field.

“There’s something to having a cadre of patients that come back and see you each year of your career that makes you feel good,” says Muss, who firmly believes that treatment decisions should be left to the patient, not the doctor.

Muss is encouraged by data that show a marked decrease in breast cancer mortality over the past decade and improvements in treatments for other forms of cancer. “Overall, we’re making a lot of progress with things like modulating the immune system. I would say these are very hopeful times,” he says.

A continuing passion for medicine

“I still love medicine, I think my brain is good,” Muss says. “You know, I think the most dangerous thing when you get to my age in medicine is you don’t want to be that person walking down the hall where the younger doctors say that guy should be out of here, but no one has the heart to say anything.”

Muss works with strong professionals, most of them women. “I’ve looked them in the eye and said when you feel that I’m missing it, I want you to tell me immediately.”

Until and if that time ever comes, he will still be involved in patient care, although he’s cut back on his clinical load of patients during the pandemic. In his spare time, Muss enjoys fly-fishing for bass and trout and woodworking, and cherishes his marriage of 50 years and his three children and three grandchildren.

“I’ve never been bored, which I think is a blessing and a gift,” Muss says. “I’m not one of those guys who’s totally defined by what I do. And the day I stop, I’m not going to need to go on Prozac.”

Some advice for students

“Make sure you get those courses in and get good grades, but you want to take a few years to follow your dreams,” he says. “You’re going to live longer, so you have time. I know that from my research. Make the most out of Lafayette, which presents wonderful opportunities to get to know professors, to be in clubs and find people who share your interests. So make the most out of the college experience. But work hard; don’t try to just slide through.”