The tropes in sports broadcasting are fairly rote: The unscripted action of the game. The emotional behind-the-scenes segments. The sideline reports, and player and coach interviews.

What if those same tropes were transferred to another form of entertainment, like dance?

Not the tap routines of 4-year-olds in cute costumes or the conga lines at senior centers, but the grueling performances at Lincoln Center.

Unlike the thrilling cheers in a stadium, here the audience members sit in a rapt and staid silence. What they see has been shaped by months of rehearsal and ground down to a gem of polished perfection. What is never seen are the demands, aches, failures, commitment, and perseverance that drive the dancers.

All of the stuff that makes the U.S. Department of Labor rank dancer as the No. 1 most physically demanding occupation.

This is why Monica Bill Barnes & Company (MBB&Co) is working to invite the audience into the effort, to witness the grit that, ironically, begins with that 4-year-old in tap shoes and lasts until grandma hears the congo beat and reaches for your hips.

Kyra Hickey started dancing as a toddler. She would hang from the door jam in her bouncy chair and go wild to Shania Twain songs. That evolved to a child enrolled in ballet and tap. It continues today as she is a dance major at Muhlenberg.

Across town is Alexis Cruz, who started ballet at age 3. The dream of dancing continued until today, where she is a dance minor at Moravian.

Both see dancing as a fundamental part of their identities. Both were two of the 24 residents and performers in The Running Show, a piece being created by MBB&Co as an homage to a dancer’s life. 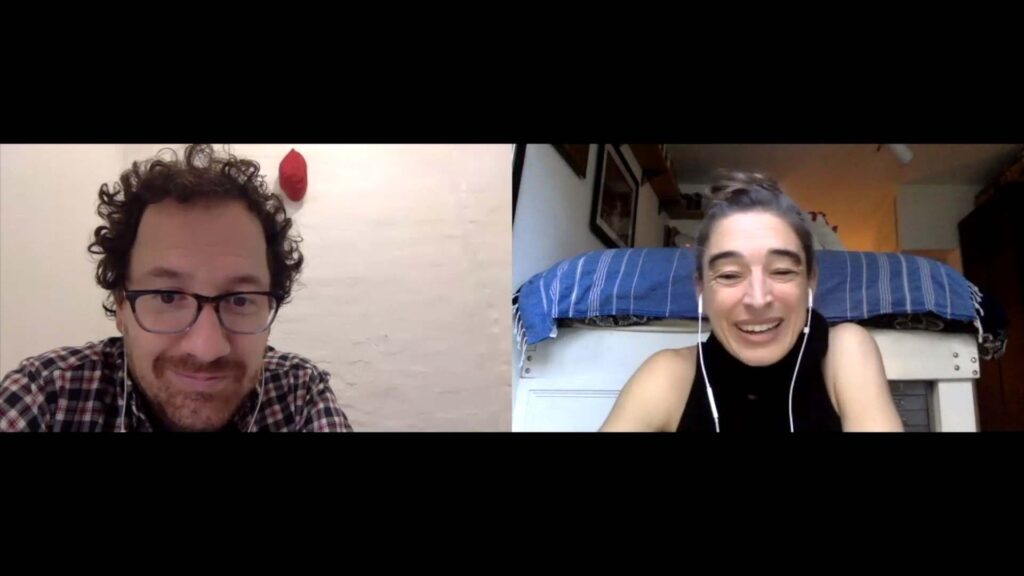 Typically, the show occurs on stage with members of their professional company performing alongside local dancers—a child, a senior, and young adults from college dancing programs.

Typically, they have five days of intense rehearsals to learn and stage a live performance.

“It feels like such an unrealistic demand,” says Monica Bill Barnes. “Every dancer has a profound relationship with accuracy, and this show tests that to its limits.”

Cruz and Hickey were up to the challenge.

Because of COVID, this performance was unlike any other. It was the first time the show began its rehearsal and creation period remotely. (The fully staged performance will occur as soon as Williams Center for the Arts can reopen safely.)

“We applaud Hollis Ashby (artistic and executive director of the Williams Center) for remaining open and enthusiastic about finding ways to continue to be active in the arts when other organizations remain paused,” says Barnes.

In the remote artistic residency that took place this fall, the piece still leveraged local talent, drawing on dancers from the Lehigh Valley Dance Consortium of the six LVAIC schools. It relies heavily on documentary storytelling, footage from Zoom rehearsals, interviews with dancers, and clips provided by the dancers as they practiced in their makeshift “studios.” 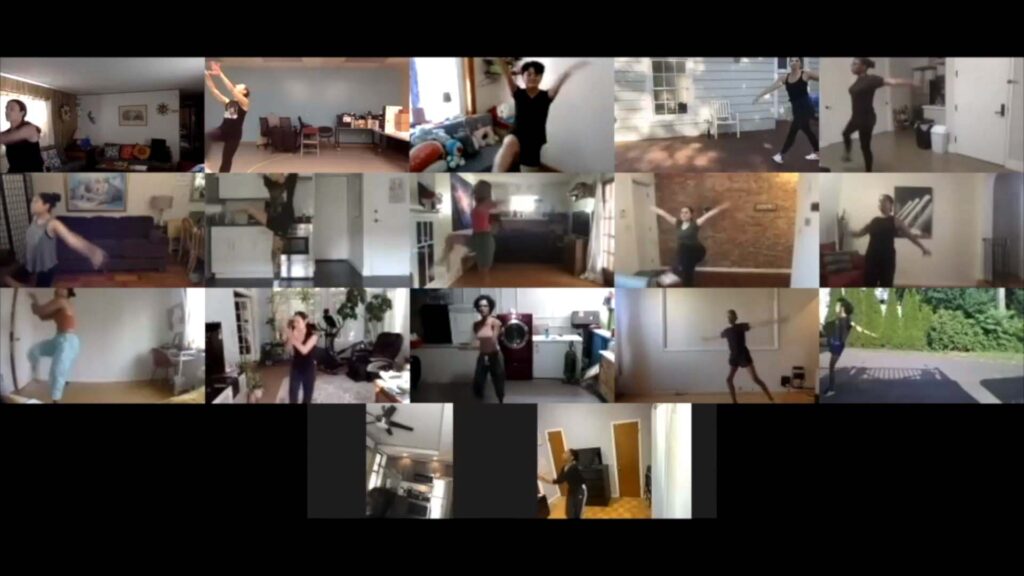 Thus one of the challenges. With rehearsal spaces closed, dancers stood in front of computer screens in the kitchen, garage, living room, dormitory, and outside. Instead of room to move, mirrors to review, and instructors to watch, dancers had to devise methods. Hickey wrote choreography down in order to get it in her body, while Cruz watched clips in short intervals before pausing to practice.

Such locales and conditions align with the company’s mission to “bring dance to where it doesn’t belong.”

MBB&Co has performed in office spaces, an upscale NYC mall, and even the hallways and galleries of the Metropolitan Museum of Art.

The dance is always anchored by storytelling. This is where Robbie Saenz de Viteri comes in as editor, interviewer, improviser, and narrator. For the Williams Center virtual show, he combined, like any sports broadcast, the rehearsals, interviews, and behind-the-scenes footage to create the performance.

It documented the insecurities, challenges, and successes that shape the life of every dedicated athlete.

“In a performance, mistakes happen, but you have to remain present,” says Hickey. “With the camera on, I would get caught in my head.”

Cruz knows why. She says, “Because you wanted Monica and Robbie to see the best possible take.”

Chasing perfection is any team’s dream, so imagine 24 tiny Zoom windows where a group of women push themselves and each other so hard through communication and mutual respect in order to achieve a few minutes of greatness.

Seems worthy of a championship trophy in any sport, so why not dancing?

Categorized in: Community, COVID-19 Community, News and Features, The Arts
Tagged with: Lafayette Arts, Williams Center for the Arts