Chun Wai Liew, associate professor of computer science and department head, and Bob Kurt, professor of biology, have received a second grant to support their ongoing research on how machines and humans can work together to communicate better.

The $300,000 grant, “Conversations between Man and Machine,” the second consecutive three-year grant from the Air Force Office of Sponsored Research, will help Liew and Kurt continue their collaboration to improve the efficiency of human research by using computers to accelerate complex problem-solving. 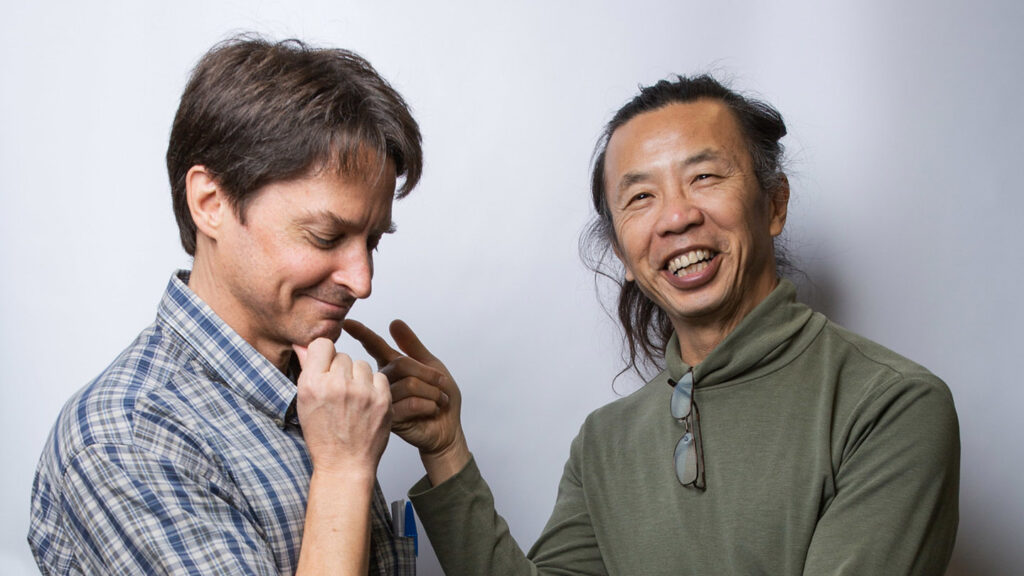 “It’s always been the computer as a tool, and the human decides what they want the tool to do for them,” Liew says. “We’re now moving into the age where the tool has access to large sets of data that the human cannot possibly comprehend. Also, the world is so much more complex that the human can be a master of something, but not everything.”

The quality of communication between machines and humans is an age-old problem that has always plagued interdisciplinary ventures, he says.

“How do they communicate with each other without one having to become an expert in the other’s field?” asks Liew, who uses programs to translate data into a particular subdiscipline.

For example, Liew, with the support of the first Air Force grant, created a program that runs virtual experiments to make predictions and gives Kurt feedback so he can tweak his lab experiments on the immune system’s response to cancer in an informed and expedited way. Kurt could uncover the signaling process that occurs in one protein of a cell at a time, a slow process that can take years. But that research is accelerated by the collaboration with Liew.

“We have been using an experimental approach in combination with computational modeling to learn more about toll-like receptor (TLR) signaling cascades,” Kurt says.

“The importance of these cascades is underscored by their role in our immune system. One could view the TLR as kind of the eyes of the immune system,” he says. “Our immune system first ‘sees’ a potential threat to our body using TLR because TLRs bind to pathogens when they enter our body, and this initial binding tells our body that we are infected, and we need to make an immune response.”

As a result, the more that can be learned about this initial interaction between the body’s defense system and pathogens, the more researchers can understand how the defense system works. Eventually, the information may be advantageous. “Think vaccine or pharmaceutical design,” Kurt says.

The importance of the computational aspects is that studying the signaling cascades using only an experimental approach takes tons of time.

“But with the models Chun Wai is generating, we can run simulations of experiments and use the data to make predictions about the best targets in a signaling cascade to increase or decrease the desired immune response, and inform us what experiments should be done next,” Kurt notes.

As the grant sponsor, the Air Force is interested in the research because of its implications for technology, such as automated planes and all the machinery and information that support electronic warfare.

“You expect the pilot to be an expert in all of these things? Hmm, not really,” Liew says.

“For students, this is a great project because they can get experience that bridges the fields of biology and computer science,” Kurt says. “And what they learn about studying cell signaling cascades and/or computational modeling can be applied to other areas of biology like cancer biology, cell biology, neuroscience, molecular biology.”

The grant also benefits students by exposing them to interdisciplinary challenges, problem-solving, and the rigors of research.

“They get to work on things where we might not get to a real answer and make only a little bit of progress,” Liew says. “I want to expose them to the real nature of research. It’s not like, oh, yeah, we have this project for summer. And by the end of summer, we will have achieved X, Y, Z. Real research is about going down this road for three months and see where we are.”

Siri, Are You Listening? Insights on Digital Eavesdropping