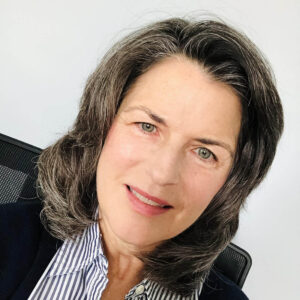 In December 2019, women accounted for more than half of the American labor force. It was considered a notable milestone as it was the first time in almost a decade women outnumbered men in payroll jobs.

That sign of hard-earned progress was short-lived, however. The economic crisis triggered by the COVID-19 pandemic hit women—and women of color, in particular—disproportionately hard. So much so the recession has been dubbed a “shecession,” says Susan Averett, Charles A. Dana Professor of Economics.

It’s a topic Averett has discussed with students in Women and the Economy, a course that covers a wide range of economic issues relating to women’s lives with an emphasis on family, work, and income. Averett’s current research focuses on underrepresented women working in STEM fields and the effects of noise and light pollution on infant health. She is the co-author of the textbook Women and the Economy: Family Work and Pay; a fourth edition will come out in 2021.

Here, Averett, sheds light on the shecesssion and the toll COVID has taken on women.

What was the status of women in the workforce pre-COVID?

Prior to the pandemic, there were actually more women in the workforce than men. Women represented about 50.4% of the labor force, and that was only a very recent phenomenon.

How has the COVID recession been different?

The pandemic impacted jobs that are traditionally considered recession-proof, like those in health care and education, and these jobs tend to be held by women. Jobs in schools and nonessential health care practices, like dermatology, dental, and physician offices, were greatly affected. The service sector, which includes jobs in retail and hospitality, were also hit hard. That has caused a jump in unemployment among Black and Latina women, who hold those jobs in greater numbers. In comparison to the Great Recession in 2008-2009, men were impacted more than women, since they tend to hold jobs in construction and manufacturing, which were hit hard in the previous recession and which are more sensitive to the traditional business cycle.

So it’s a shecession due to women losing more jobs than men?

That’s one factor—but unemployment figures only tell part of the story. The other factor is that women have left the workforce in big numbers because of COVID. When schools and child care centers shut down, many women needed to quit their jobs to take care of their kids. (This does not count as unemployment since they are voluntarily leaving their jobs.) It exposed a big weakness in our society—the lack of support for working parents, and working moms in particular. This also really compounded things for day care providers, the majority of whom are women. Many were just hanging on before COVID. It also posed particular challenges for single parents, many of whom are women.

In September, it was reported that more than 850,000 women dropped out of the workforce. That’s a huge spike. It coincided with the return to school, or the fact that many kids didn’t return to school. I think a lot of women just felt like ‘I’m out, it’s not feasible to continue to juggle all of this.’ I call these women the ‘Zoom-women’—they were struggling to home-school kids while remaining in the workforce. They are in a position economically that they can leave the workforce—they have a spouse who is employed—but the challenge of schooling issues pushed them out. It wasn’t a voluntary choice to step back in their careers.

So their household might be financially OK without their income, but this is still problematic?

Yes, leaving the workforce has repercussions. It’s a huge concern because it can set you back in your career trajectory and your earnings. Many think it will really stall the closing of the gender wage gap.

Women often face a pay penalty when they return to work after a break, and it’s a gap that’s hard to make up. There is less discrimination in the workplace than years ago, but there is still a gap in earnings.

Women, especially working moms, tend to seek out jobs that have flexibility and enable them to juggle work and family life. These occupational choices can hurt their earning potential. So, for example, a woman doctor might opt to become a pediatrician rather than a surgeon; a woman lawyer might opt to do wills and estates rather than litigation. They make choices so that they can continue to manage family responsibilities with a career, and that comes at a penalty in terms of lower earnings. Men tend to do the jobs that require longer working hours, and they are rewarded with higher pay. This means we aren’t on a level playing field.

And women leaving the workforce means fewer women in leadership positions, making decisions to improve policies in the future?

Yes, and 850,000 women leaving the workforce—that sets all of us back. The entire economic pie shrinks when so many people leave. In an ideal state, we’d have jobs for everyone who wants one.

This also impacts newly minted college graduates who are trying to enter the workforce now. There are fewer jobs, and the jobs available are at lower pay. There are lots of studies that show that you never make up that wage gap. There is enormous talent graduating and not enough jobs.

It’s hard to say. Recessions are typically shorter than booms in economies. Getting money back in the hands of consumers is key. More stimulus money is important to recovery. When we give everyone a check, higher-income people are likely to save it. Lower-income people are likely to spend it on rent or food, things they need that benefit the economy. It would be beneficial to target the people who spend. But that is hard to do. The unemployment system isn’t a system—it’s a set of systems that differ by state. It makes it very hard to target aid like that because it’s very fragmented across states.

But the impact on women will be long term. It will take years for women to make up the ground lost.

How might the new administration—in particular the first female vice president—impact things like gender equity in the workplace?

Biden has prioritized diversity. He has put lots of women and people of color in his administration, and I think that will have an impact. I think it’s very important that they’ll be sharing their perspective and will have the ability to inform the president and other policymakers. I’d be surprised if we didn’t see things start to feel different.

Do you think there are any pandemic “silver linings,” things that we might benefit from despite all the challenges of this period?

I think that perhaps this period has shined a light on the burden still being placed on women. Men are working from home and might be more aware and perhaps contributing more at home and that would hopefully continue past the pandemic. Also, the use of technology to enable workplace flexibility could have a lasting impact. If more jobs are flexible, enabling more men and more women to work from home, it could normalize flexible work hours and work environments for both genders, which would benefit everyone.

Economics in the Age of COVID