It may not have featured the high drama of the infamous duel in Broadway’s Hamilton, but when Lafayette and Lehigh student-run theater groups—the Marquis Players and Mustard & Cheese Drama—teamed up for a virtual cabaret livestream March 21, it included plenty of memorable performances and a whole lot of mutual admiration. 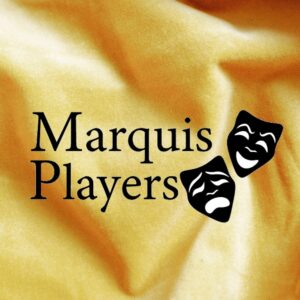 The show featured seven students from each school performing songs from musical theater, with students cheering each other on in the event chatroom as they performed.

“We originally reached out to Lehigh to ask how they planned on doing live theater this semester and if they had found a way to perform safely in person. They told us that they were sticking to virtual for now, but then invited us to join in their virtual cabaret event,” shared Annie Krege ’23, who handles the Marquis Players operations. “Together, we then transformed the event into a rivalry cabaret where students could audition to perform any song, dance, or monologue of their choosing that they felt best showcased their talent. From there, seven acts from each school were chosen and then live-streamed during our show.”

The Marquis Players have two more events as part of their Spring 2021 Safe Season. A production of The Wedding Singer will stream in late May, and they will be hosting an arts-wide event, “Heart for the Arts,” at a date to be determined. Updates can be found on the group’s Facebook page.

The Show Must Go On

Meet families with Lafayette and Lehigh alumni under one roof
Categorized in: Featured News, News and Features, Students, Theater
Tagged with: Rivalry