Messages of inspiration, commitment and challenges to create change were abundant at the 2021 Council of Lafayette Women Conference Twitter 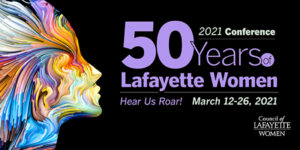 ranging from career support, the role of body image, women in athletics, and more. Many attendees participated in multiple sessions during the two-week conference that honored the collective achievements of women while simultaneously celebrating the College’s 50th Anniversary of Coeducation.

Though the conference was virtual this year due to COVID-19, it didn’t stop the “speakers and participants who spoke candidly about their career paths, their life lessons, and journeys,” said CLW member Renáe Schneck Tesauro ’82 P’12 during her closing remarks. “They offered a breadth of knowledge, advice, and expertise from which we can all benefit.” 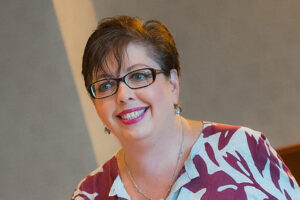 The series launched with a trivia session inspired by Lafayette’s 50-year anniversary of coeducation led by CLW chair Ellen Poriles Weiler ’83, who shared cocktail recipes for participants as they tested their familiarity of fun facts.

A highlight included the keynote address by Melissa L. Shusterman ’89, State Representative of the 157th District of Pennsylvania, whose session, “Make a Habit of Supporting Women–How One Woman Got a Seat at the Table,” focused on the obstacles women face in the workplace, especially in politics. These obstacles didn’t stop Shusterman, who knocked on tens of thousands of doors during her first campaign resulting in a victory in 2018. She was reelected in 2020, winning the election by 37%.

The conference concluded with “Extraordinary Gems,” which featured six seldom seen Lafayette spaces and artifacts, including Chateau Chavaniac, a home located north of campus that was designed after the birthplace of Marquis de Lafayette, built by Allan P. Kirby 1915, and gifted to the College in 1983 by the F.M. Kirby Foundation.

“The house today remains much as it was when it was built, a treasure trove of original furnishings and artwork,” explained Diane Shaw, director emerita of Special Collections and College Archives, during the presentation. Attendees also presented a toast to President Alison Byerly for her dedication and commitment to the College during the final session. 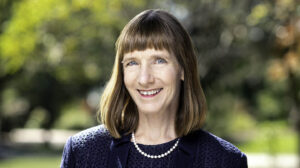 “As the first female president of Lafayette, I have felt a special sense of support from this community that has meant a lot to me. There is a sense of fellowship among this group or perhaps a sense of sisterhood that I felt at our very first conference,” said President Byerly.

Recordings from most of the sessions are available to view here. Below are some of the many takeaways and advice provided by alumnae, faculty, and staff during the conference:

Bodies of Truth: The Evolution of Our Obsession with Body Image

“It’s our entire culture that’s basically obsessed with issues of weight, and issues of fatness . . . you can see the reality that people come in all shapes and sizes, right? That’s just how we come. There’s not one way that we’re all supposed to look—we are built on a lot of different models.” —Harriet Brown ’79

Make a Habit of Supporting Women 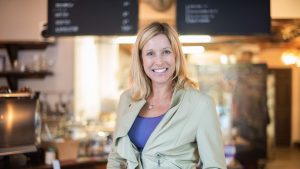 “Every single woman joining us for this talk tonight has a unique set of experiences and attitudes that inform how she moves throughout the world. Those unique experiences also have a way of merging us with others at different points of our lives. Lafayette, for example, is a common thread that runs through this group. But there are also some common threads connecting women that we would not look back on with the same fondness.” —Melissa Shusterman ’89 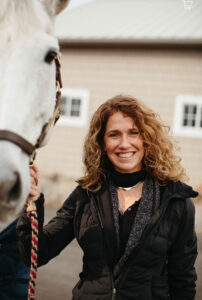 “I think that Lafayette gave us something. I go out and do what I do and don’t care what people think. Somehow I land on my feet. I think Lafayette has given us this ability to not be afraid, not be embarrassed, and just be comfortable with who we are. I think having the grit to keep going is something we all have.” —Annie Schwartz ’87 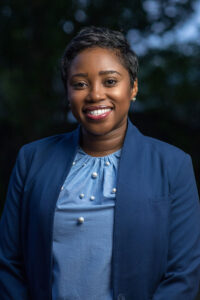 “It’s important to trust your instincts and really believe in yourself. A lot of times we talk ourselves out of things because we don’t think we have the skills to accomplish them. But I think there is a level of courage that you have as a Lafayette alumni, so I’d say if it’s something you’re really interested in, if you feel you’re always leaning toward this particular topic, this passion, you should find a way to integrate that into your life.” —Kamaka Martin ’04 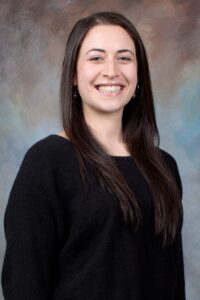 “Bet on yourself and really believe in your ability and your potential. Other people need you to actualize that potential and actualize that vision because you will create something that is bigger than you. You can create this sisterhood and this community that will continue to mentor and benefit and heal together. Don’t wait. Just start now.” —Sydney Edelson ’19 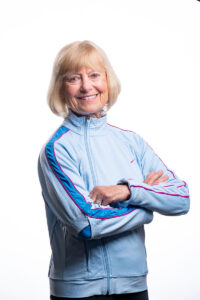 “The women were true athletes. We didn’t just recruit them out of the classroom and teach them the fundamentals. They wanted to be competitive, and Lafayette was ready to support women’s sports. There was tremendous cohesiveness among the women on campus. That made it extra special in the classroom and on the athletic fields. There was a special bond. These were strong women, confident women coming to a men’s college.” —Barbara Young P’96 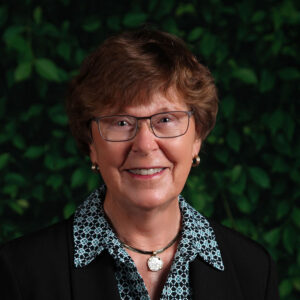 “The job came with some challenges, and one of the biggest ones was convincing some of the men in the department and male alumni that the women were going to bring things to Lafayette that added to Lafayette’s stature and reputation, and not all men had that as a base of thinking. So part of my job was good public relations.” —Sharon Gish 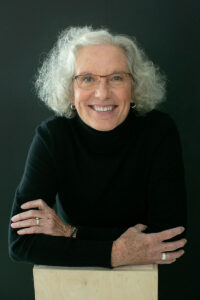 “We took the responsibility of stepping into opportunities. That’s what the women of Lafayette were all doing. We were stepping in with courage—maybe we were crazy—but we were just going to roll with it.” —Leslie Ann Howard ’76 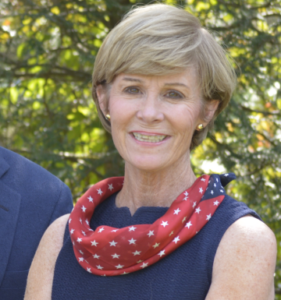 “As I reflect, what was it that got the attention when we came as women? The female manager of the football team was covered by newspapers, and our powder puff team got great press. It’s really interesting that back in that time, that’s what was celebrated: women doing men’s things. I think it took awhile to get our footing and to get recognized as athletes, and for the success of our program.” —Betsy Huston Fadem ’76

Build Your Own Brand and Get Yourself Noticed 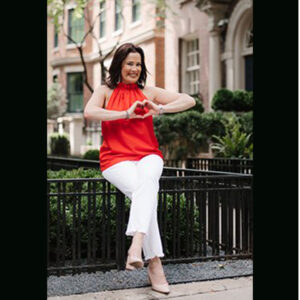 “If something is to be part of your destiny, even a door that is slammed in your face is not going to keep it from being your destiny. And so we should always remember to be open and brave and willing to continue having hope and working hard for the thing that we want . . . Continue to be brave, continue to be kind, continue to be open, and continue to want what you want. And when you’re sitting in front of the person that you want to hire you, you want to remind them of your story, your brand, your platform, so you can get noticed.”  —Sally Lou Oaks Loveman ’84 P’17

Out and Proud Panel 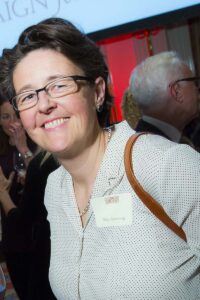 “The magic word is resources. You just can’t keep going to the same small well. You need more resources for queer students and students who are figuring out their own story.” —Mary Armstrong 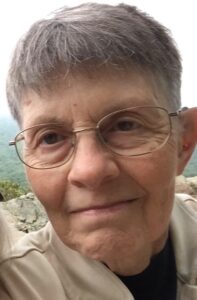 “I regard the growth of Women’s, Gender, and Sexuality Studies as the most important force for positive change at Lafayette. Who would have imagined back in our early days that there would even be such an expression as ‘queer representation,’ let alone that Lafayette students would think there should be more of it. More power to them.” —Carolynn Van Dyke 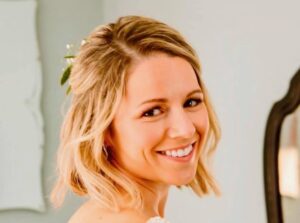 “In the fall of 2014, my senior year, I turned to address what I was seeing in athletics, and basically what I was seeing was absolute silence around anything that had to do with the queer community. So, I hit the ground running, laying the groundwork for what is now Athlete Ally, which is a pledge to say, ‘We don’t care who you love, we don’t care how you identify. If you can play and better our team, we respect you and want you there with us.’ Now, 22 out of the 23 of our athletic teams have signed on to this pledge, which is a big transition in such a short amount of time.” —Kristen Berger ’15 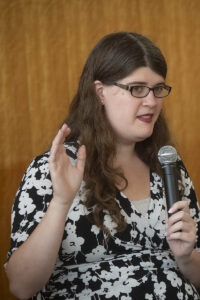 “Behind Closed Doors was instrumental in me coming out to myself, and it never would have happened without them. That shows queer people helping queer people, and that’s really beautiful.” —Leah Wasacz ’16

Credibility and Equity: Taking What’s Ours 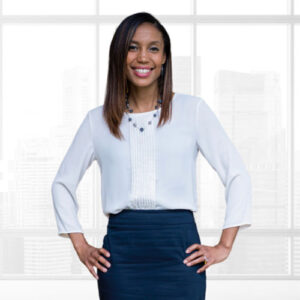 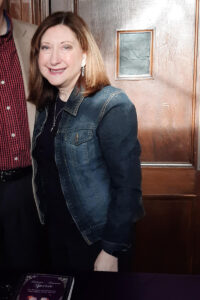 “Every weekday, I head up to my home office and begin to write, because that’s when my mind is the most fertile. I write until I dry up for that day. There’s something inside me that says, ‘You have to wait until the next day, or the next session.’ But throughout the day, the ideas are always percolating. And it could be just before I go to bed at night that a certain theme comes together, or a character has a new nuance. And I always keep a pen by my side so that I can write things down.” —Rebecca Price Janney ’80 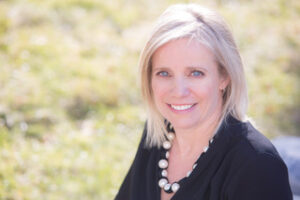 “For anyone who is trying to write, don’t worry so much about the original words, because the first words will always be replaced by better words as you go through your drafts. Let go of worrying if the words are good. They’ll be good if you just keep going back to it.” —Leanne Pike Treese ’91 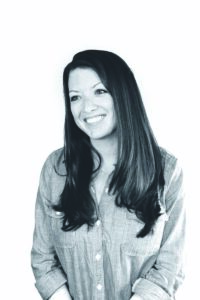 “Social media has really opened up a lot more opportunities for marketing. But I also think that the opportunities for publishing, in some ways, have opened up and expanded and in other ways, they’ve shrunk. And I think that the more traditional path is, it’s even harder now. But we can be more creative. Self-publishing can give you more autonomy and more control over your work.” —Liz Lynch ’04 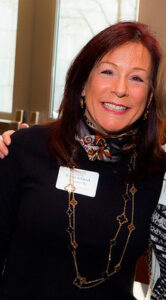 “Our sisterhood began 50 years ago, with a group of young, fearless women on an all-male campus, a sisterhood that endures today. Our speakers and participants spoke candidly about their career paths, their life lessons, and journeys. They offered a breadth of knowledge, advice, and expertise from which we can all benefit. Let’s continue this dialogue with the hope that the next 50 years bring even more opportunities for future generations of Lafayette women.” —Renáe Schneck Tesauro ’82 P’12