"We were told you just need to find your people, and then we realized we could be our own people together" Twitter

If you’re lucky, when you start your freshman journey you’ll find a new friend who lends an ear, brightens your day, and inspires you. Or, if you’re Jamie Monteleone ’21, Lisa Sholtz ’21, Cayla Mandel ’21, Margot Gaggini ’21, Calvin Sharp ’21, and Paul Johnson ’21, you find five new friends who become like family. 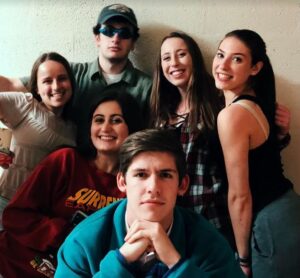 The group together as first-year students.

To spend time with these six—now on the cusp of graduation and being separated for the first time in four years, as they all cohabitated in their own version of a 2020 “pandemic bubble”—is akin to being among a modern-day, real-life version of Friends. Their group text chain is even nicknamed “The Neighborhood.”

“I’ve loved coming home to these guys,” says Monteleone. “When I was picking housing for sophomore year, I didn’t really understand how great it would be to live with friends. When you’re busy all day and you come home to your closest friends, you don’t really have to set aside time to be social.”

You could say that Monteleone and Sharp—who first met at a summer camp at age 13 and then lost touch for several years—are the “founding” members of the group. Having reconnected while they were considering colleges, the two “hung out all day at XLC (Experience Lafayette) Day,” recalls Sharp. “Then we were hanging out at the dorms one night and I invited Jamie over, and Paul was there. His reaction was, ‘Who is that? She’s awesome!’

It was soon discovered that Mandel and Gaggini, who were in the same first-year-seminar class together, lived two doors down from Sharp and across the hall from Johnson.

“Because we lived in the same building, we all started co-mingling,” recalls Mandel. “Lisa and I met in the outdoors club during fall break, and that’s how we got connected. And she and Jamie already knew each other because …”

“During orientation weekend, my orientation leader said we were able to sit wherever we wanted for dinner. And of course, I freaked out,” shares Sholtz. “I had no idea where to sit. So, I went up to this nice-looking girl, and she said, ‘Come sit with me.’ We were told you just need to find your people, and then we realized we could be our own people together.” 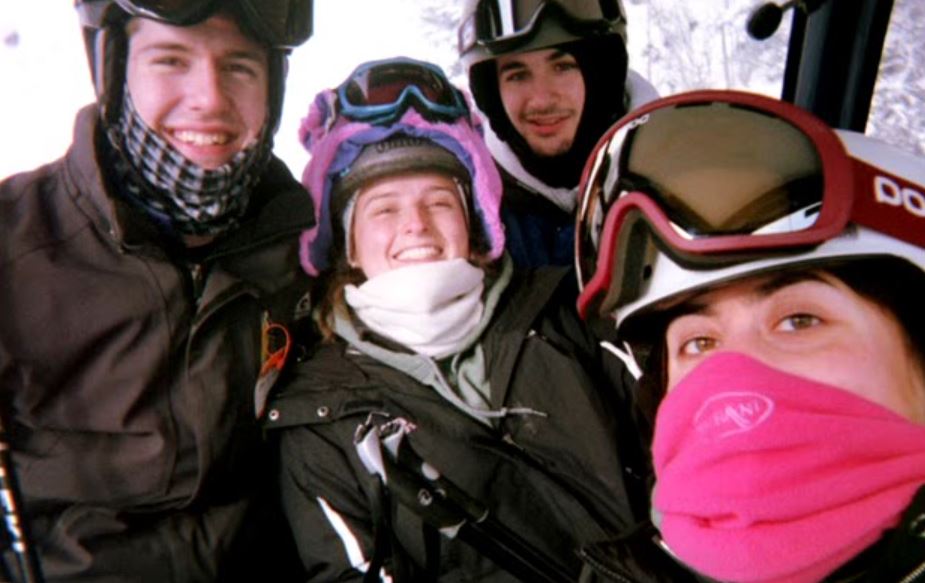 The group on a senior ski trip.

The group has been a constant support system for each other. Sharp and Johnson have co-hosted a show on WJRH, the College’s student-run radio station, for four years. Mandel once accidentally set fire to an Arduino she had been working on for a project in Acopian Hall, and remembers sitting on the bathroom floor with Monteleone all night. (“We were probably both crying,” she quips.) And, everyone decided to stay together when the unthinkable happened and the campus fully shut down in 2020.

“It’s great to be in big groups and meet a lot of other people, but at the same time, it was also nice to just spend time with each other and our other friends within our little [COVID-19] bubble,” muses Johnson. “It was really comforting. We were all in it together and were able to hang out all the time, but it was still within these safety boundaries.” 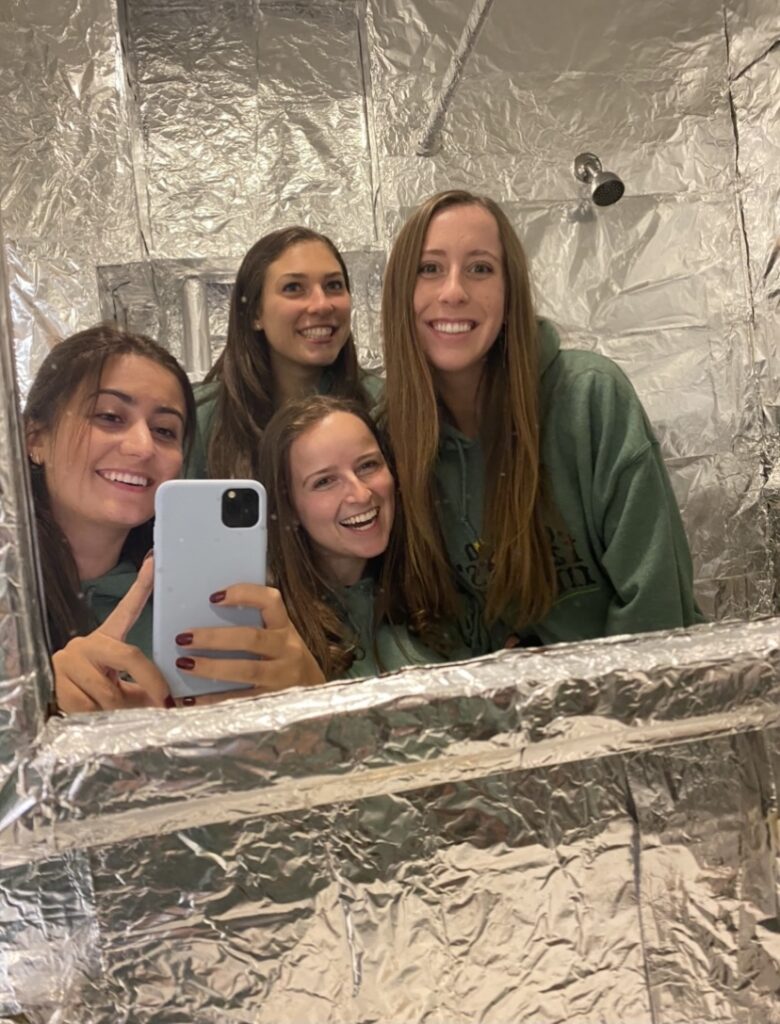 Jamie, Lisa, Margot and Cayla began covering their bathroom in tinfoil in 2020. “We hope the next tenants leave it up,” they say.

There have been a lot of laughs, of course—like the time the girls teamed up for an April Fool’s prank involving Monteleone covered in fake blood, or the group exploring parts of campus they hadn’t realized were restricted at certain times. (“It was just a bit of leisure time,” laughs Sharp.) And last year, in a “stir crazy” moment, they collectively decided to cover their bathroom in tinfoil. There also have been challenges that they all knew came with the territory as they worked toward individual goals. (“I think all of us felt like we had really heavy course loads our sophomore year,” says Sholtz.) But no matter the ups and downs, the bond between friends only grew stronger.

And there are—as you’d expect—plans already in the works for the group to travel to visit each other when they begin new adventures.

Gaggini will be attending University of Pennsylvania, Mandel will be in Virginia, Sholtz will be in Washington, D.C., Monteleone will be in Boston, and Sharp hopes to move to New York City in the fall. As they explain it, “It’s nice that we’ll all be close enough to travel to see each other.”

There goes The Neighborhood.