When an incident of hate speech occurred on campus in 2011, students in a 300-level arts seminar class responded with a public art project, which wove together college and U.S. history with archival texts and images. The audio-visual presentation lined the Quad and illuminated campus windows. 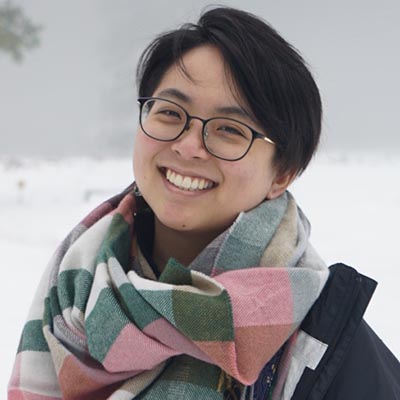 One of the students in that class was Elenie Chung ’12, an art and English major with a concentration in film. Art then, as it is now, was the outlet for her to process and express what she is unable to put into words.

Take for example her senior thesis where she shot a short documentary, something personal, that captured the relationship with her mother and their divergent paths at the same age.

“At 20, my mother was going through great hardship, and she left China, making it to Hong Kong and eventually Trinidad and Tobago, where I grew up,” Chung says. “Her struggles and the sacrifices she made were far greater than what I was navigating internally at the time, but making that film helped put my feelings into perspective and made me appreciate not just all she did but how I could approach my own experiences.”

Her thesis, alongside three other students, was co-advised by Andy Smith and Nandini Sikand, associate professors of film and media studies.

Today, the UCLA graduate filmmaker is bringing stories to life which often follow that same central conceit—internal struggles made tangible by external circumstances. Her films are playing at festivals around the country, most recently CAAMFest, which celebrates Asian American stories.

“I grew up in a country where African, East Indian, and other cultures combine. The dynamic there is different than in the U.S., but the end goal of racial equity is the same,” she says. “As Asians or Asian-diaspora in America, we come from and form so many different communities, not just one; fighting against white supremacy and imperialism is something we can only do together.”

Seeing how broad the AAPI label is and not enculturated in the American experience, Chung as an artist is still attempting to understand where her work fits in, both diaspora and native.

Her films have explored many topics, like the competition between friends and artists in Citric Acid or the slow dissolve of friendships for young women who will soon head off to college in November/December. 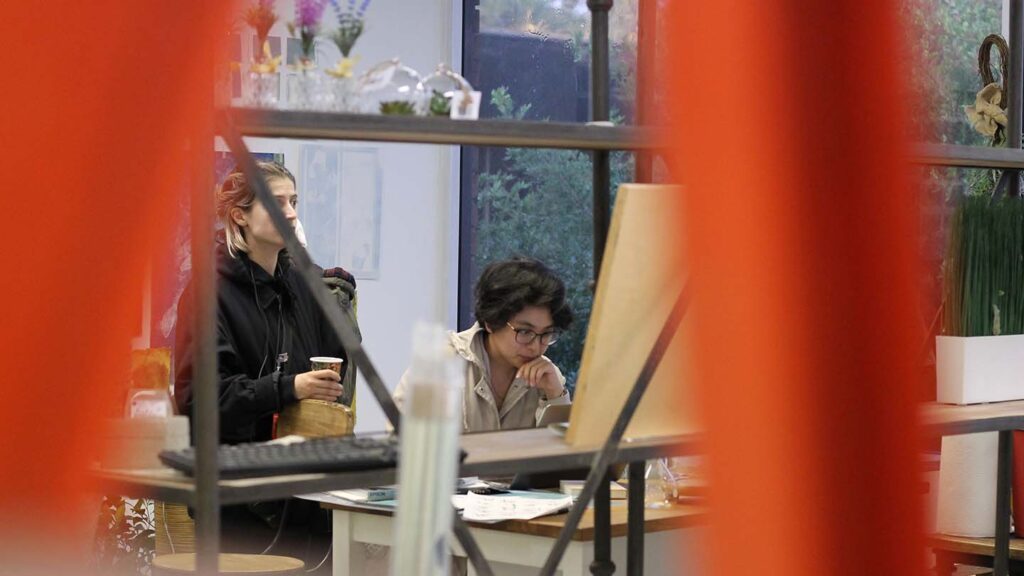 When she graduated from Lafayette, she worked with Women Make Movies in New York City. The city provided her space and opportunity for more exposure to what was happening in film, beyond what was distributed in Pennsylvania.

“I began to define my taste,” she says. Knowing she wanted to work in film, she applied to the graduate program in directing at UCLA. The four-year program, from which she graduated in 2019, had her delve into the film industry.

“Where it felt easy to find a range of film organizations and spaces in NYC, I felt I had to do more work in LA,” she says. “LA of course has a big film culture but certain spaces take some finding; it feels more secret. I’m still discovering the city.”

Having to seek out pockets of like-minded filmmakers might be a result of the very different tastes in LA, from Hollywood wannabes to film festival junkies to avant-garde artists.

“I have met people here who will be collaborators for life,” she says.

Collaborating is a keyword as filmmaking can be a democratic process. “Some art forms are very territorial,” she says. “But I enjoy collaborating with the people on set, like my director of photography, producer, and actors. We work together to create the best possible end product.”

Her work in the industry is wide ranging. She is writing a feature that is set to film in her home country, and she is in pre-production to direct another narrative short film supported by the Commonwealth Foundation. She is also in the editing department for several projects.

“My goals now are to continue important conversations that clearly express how I am feeling and add to the discussion in meaningful ways.”