EXCEL Scholar and mechanical engineering major Harry Chernak ’22 this summer has been researching an alternative fuel source for aircraft engines.

“It’s called a scramjet, which uses a supersonic compression engine without moving parts,” he says. Scramjet engines use external air for combustion, a more efficient propulsion system for flight within the atmosphere than a rocket, which must carry all of its oxygen. 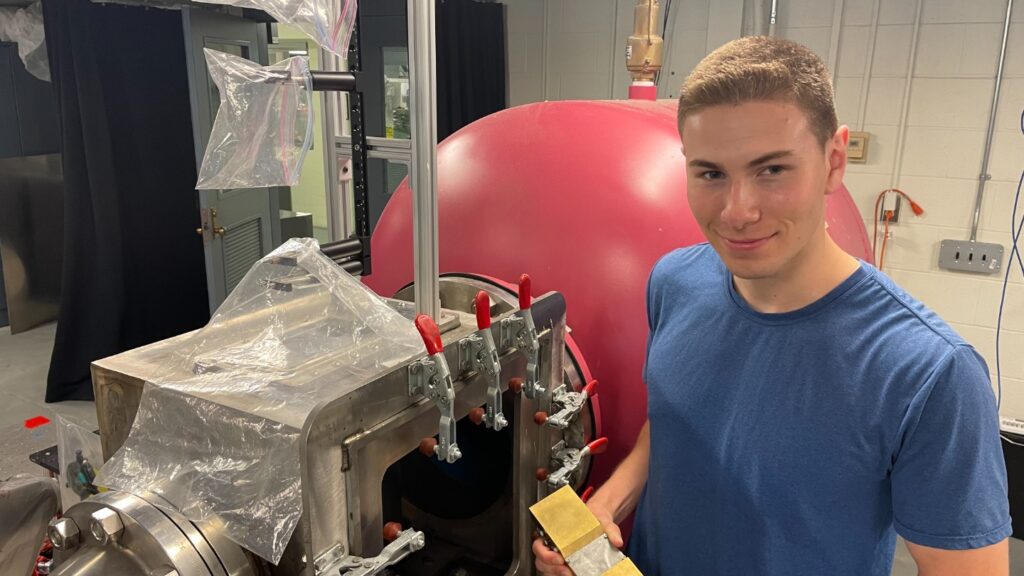 “Instead of the air compression coming from a fan, which is the case with a standard jet engine, this kind of propulsion involves just the air flowing into a funnel,” Chernak says. “I’m going to be testing different ways to inject the fuel into the space where the air is compressed, to try and get the best mixing of the air and fuel to get the most combustion out of it.”

Excited about studying aerospace technology since high school, Chernak sought out Tobias Rossmann, associate professor of mechanical engineering, even before he was a Lafayette student, connecting with him during an accepted student event.

“I’ve always been interested in aerospace technology and all things that fly,” he says. “I asked Prof. Rossmann a number of times about doing research with the wind tunnels and the expansion tubes at Acopian Engineering Center. And so, luckily, this summer I got to be part of the EXCEL program, which has been a valuable experience.”

Chernak sees great potential with scramjet technology. “Potentially, because the scram engine works at a much higher speed than a jet engine, it could potentially open the door for a new generation of Concorde airplane,” he says.

Learn about other student-faculty research projects.