Understanding the language of a research paper becomes rote as a college student pursues serious scholarship. That language includes phrases like primary and secondary research, databases, and journals. There is discovery, note taking, research questions, narrowing a topic, developing a thesis, mapping an outline. Add the annotated biography and AP style.

In the world of digital humanities that language is doubled. Scholarship then must be translated into a digital space, which means considering an end user and learning a new set of website tools, management systems, and design approaches.

It’s not for the faint of heart. Nor is it standard to find, define, and finish a project in the matter of weeks … unless you are a Digital Humanities Summer Scholar.

Consider each of them a researcher on steroids.

Students in the program had six weeks to bring their scholarship to digital life.

But they didn’t do it alone!

Guiding them is Angela Perkins, research and instruction librarian and director of Digital Humanities Scholarship program. This is the second year that the program navigated a virtual classroom.

Having led the program for several years, Perkins brought in a bevy of experts to nurture the students’ digital skills in subjects including mapping, filmmaking, Adobe After Effects, network analysis, and topic modeling.

To test those skills before the final project, she had students construct digital storytelling assignments, journaling about their research journeys via digital entries.

One student, Mariatou Coulibaly ’23, constructed her journal with cinemagraphic storytelling from her life as she navigated the larger project, weaving together both narratives in artistic, profound, and personal ways.

“It allowed the students to reflect on their work and process, talk with us across the distance, and learn to use tools that would only enhance their projects,” says Perkins.

Perkins helped students as they worked to reframe research topics that became too broad for what was possible in six weeks or too narrow to find meaningful research. She helped them think, search, and refine. Then came her work in supporting them as they turned traditional research into engaging digital platforms.

“I am proud of what they accomplished,” she says. “The process went well, and the results were strong given the learning curve, time constraints, and difficulties of working remotely.” 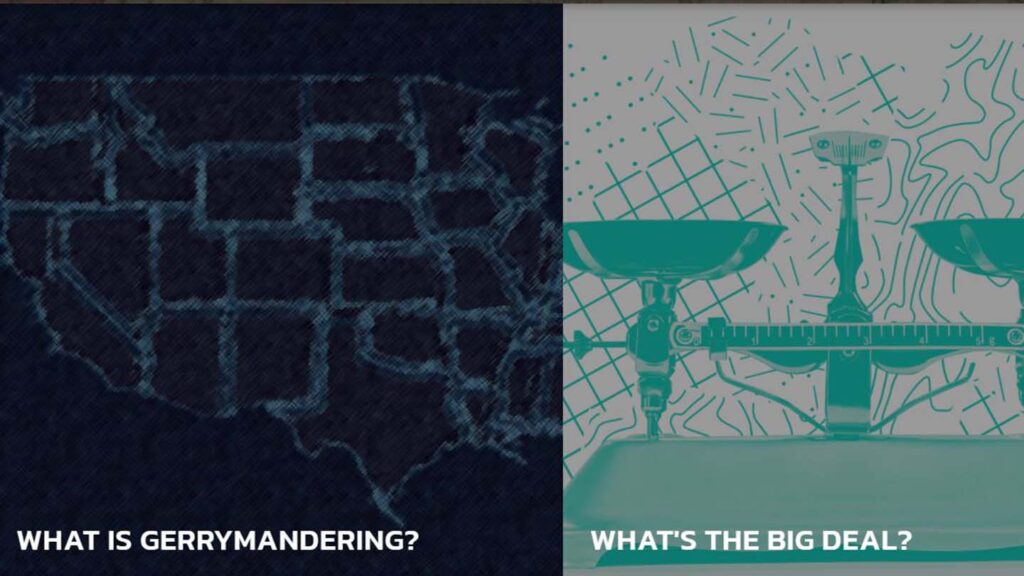 Numbers, Districts, and People: The Fight Against Partisan Gerrymandering

Applied thinking is important to Basir, so learning theoretical math is great, but understanding how geometry is used in gerrymandering was a wow moment. He wanted to unpack how and why “gerrymanders were so easy to get away with, and what role mathematics and computer science could have in putting this to an end.” The practice disenfranchises 40 million voters. He focused on three research areas within gerrymandering: the methods used, the difficulty in detecting, and the impact it has. He wanted the audience to view and understand his work and not let the math concepts or the digital interface get in the way of the information. Basir’s background in computer science helped him with the digital tools and allowed him great flexibility to present the topic in his own way. “I became passionate about the topic and had complete control shaping and presenting the material,” he says. “It was valuable to have the time and space to learn in this manner, build these skills, and share this knowledge with others.” 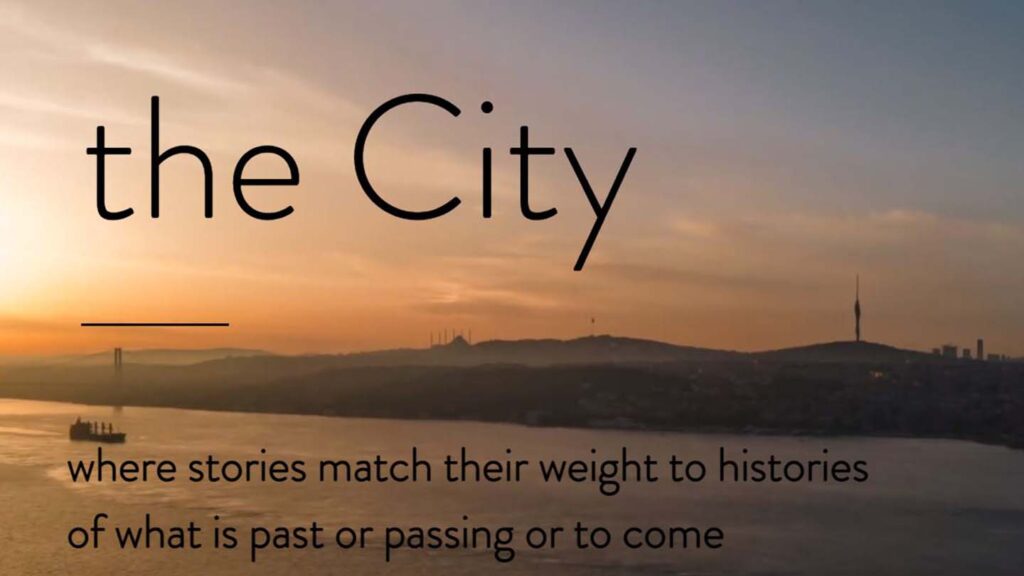 Çetin began to focus her work on the Armenian genocide, but the topic proved too large in scope for six weeks. Advice from a professor had Çetin focus on a single starting point whether it be a person, place, or artifact. She chose Istanbul, a city that awakened her to new possibilities and placed her in some of her worst moments. She moved to that city as a 14-year old, turning upside down her conservative upbringing and setting her on a course of self-discovery that ultimately led her to studying in the U.S. She wanted her project to emote the complexity of that city’s history, both personal and political. A trip to the MoMA in NYC during the program inspired Çetin’s approach to the poem that anchors her project. “I want the words to make meaning and feeling all that the city represents and express that depth, pain, and liberation in art,” she says.

Urban Agriculture and Activism: A Case Study of Detroit

As a volunteer at LaFarm, a regular participant at the Food and Farm Studies Salon, and a summer worker at Veggies in the Community, Moore is familiar with urban agriculture and food insecurity. But after reading the book Freedom Farmers and witnessing the events that pushed the Black Lives Matter movement into the limelight, he wanted to use his digital project to find connections between urban farming and activism. That connection seemed clear as he connected with people in Detroit. Moore worked for weeks to illustrate those intersections via mapping software but later transitioned his project to text analysis to unite the speeches, flyers, blogs, social media posts, and interviews he had gathered. He saw similarities between Detroit in the last century and what he has experienced in Easton’s West Ward. “Food is a gathering point, but trying to understand why blocks of people are disadvantaged is a bigger question,” he says. “Now the goal is turning food into political capital to help educate, organize, and activate people.”

In the Manner of the Marquis Literary Magazine

Individualism and Collectivism: An American and Indonesian Comparison and Analysis on Federal Government Responses to the COVID-19 Pandemic

Welcome to Our House: An Exploration of Queer World-making in New York City’s Underground Ballroom Culture