Levin, who was executive director of the Port Authority of New York and New Jersey, was known for his compassion and respect for others Twitter

“The one thing I still remember specifically from that conversation with him is that he told me that one day he was going to be the governor of New York,” Maddon says. “And I thought he was on his way.” 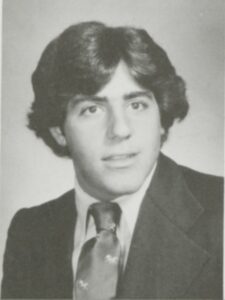 Levin was six months into his new position as executive director of the Port Authority of New York and New Jersey, landlord for the World Trade Center complex and operator of New York City’s major airports, port facilities, bridges, and tunnels, when he lost life in the Sept. 11, 2001, terrorist attacks. His office was on the 68th floor of 1 World Trade Center.

On that day, Maddon, then a coach for the Los Angeles Angels, now the team’s manager, was on Long Island and had planned to meet up with Levin and others, to reminisce and attend a Yankees game.

“I’m waking up in Long Beach and getting in my truck to go to Starbucks. And the radio comes on and talks about a plane crash,” he recalls. “And I’m thinking to myself, man, he’s the boss. He won’t be there that early. And then I found out that wasn’t true. And it was devastating to all of us.

“I hadn’t been in close touch with him for some years, and we were both eager to reconnect and catch up,” he says. “Ever since then, my personal hashtag has been ‘don’t miss it.’”

Maddon doesn’t remember the exact moment he became friends with Levin. It likely developed at South Campus with their mutual friends on the varsity football team. But it was an instant friendship, a bond that would deepen over time. 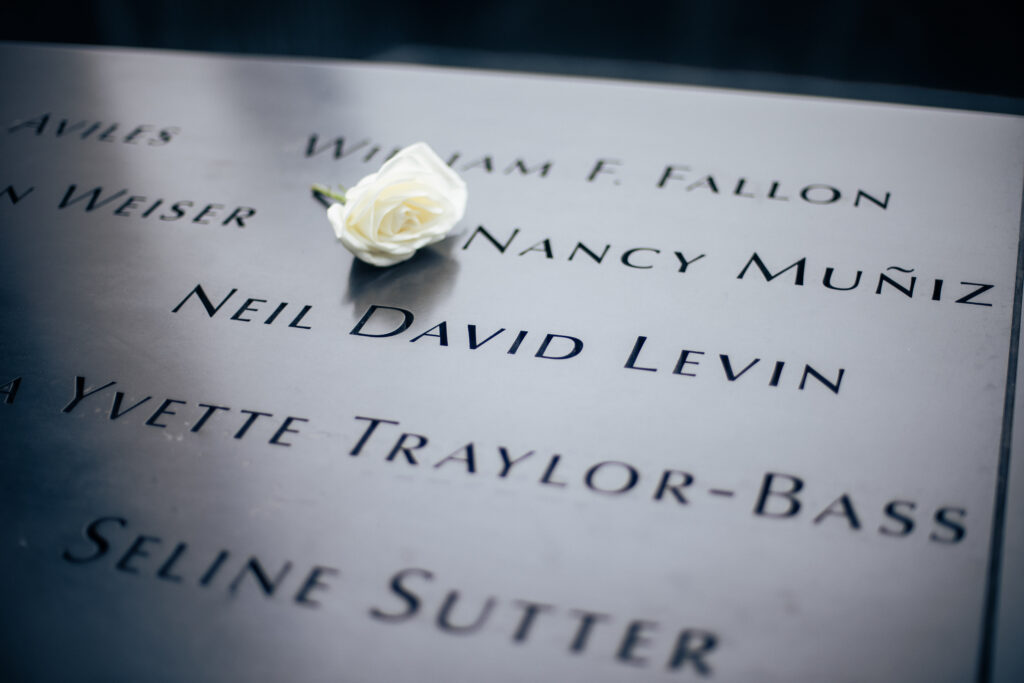 Before long, Maddon would spend weekends with Levin and his family at their home in Atlantic Beach, N.Y.

Although they came from different backgrounds—Maddon grew up in a working class neighborhood in West Hazleton, Pa., and Levin on Long Island—the two hit it off as if they were friends from childhood.

Levin placed a high value on his friendships, says his older brother, Stan, who remembers the weekend visits with Maddon and still keeps in touch with him.

Drawn by Lafayette’s tight-knit campus, Levin settled in easily, studied economics, and after graduation earned an MBA in finance from C.W. Post Center of Long Island University Graduate School of Business and then a J.D. from Hofstra University School of Law.

“He liked the whole small Pennsylvania college school thing. We both did,” says Stan, who graduated from Franklin & Marshall College.

“Most of all, Neil valued his friendships,” Stan says. “He was not a regular dean’s list student, but he did OK. For him, it was all about the people he lived with, the people he socialized with, and the people he stayed in contact with his whole life. Joe was one of those people. Joe was his closest friend at graduation. They were in touch all the time.”

The son of a plumber, Maddon was recruited by Lafayette to play football and baseball. Introverted at first, his personality was drawn out by Lafayette’s campus culture of the 1970s.

“There were no hand-held devices; you met people eyeball to eyeball. There was a keg party every Thursday night,” he says.

“And it was a much greater intellectual group than I was normally accustomed to. All of a sudden, I was able to express myself more openly, and it opened opportunities to meet people like Neil, who couldn’t have been more different than me and vice versa,” says Maddon, who also studied economics at Lafayette.

“It opened my mind to other thoughts and in a much more relaxed way. I started to approach each day not worrying about everything,” he says.

Stan Levin says Lafayette’s mind-widening liberal arts curriculum also nurtured his brother’s enduring friendships and prepared him for leadership positions in business, banking, and insurance at the state, national, and international levels in both the public and private sector prior to his Port Authority appointment.

Levin also chaired the New York State Commission on Recovery of Holocaust Victims’ Assets, created by former New York Gov. George Pataki to assist Holocaust victims and their heirs in the recovery of assets wrongfully taken in the Holocaust.

As a young attorney, he served as counsel to the securities subcommittee of the Senate Banking Committee. Levin helped draft the Insider Trading Sanctions Act of 1984, which gave the Securities and Exchange Commission an additional weapon in its battle against the insider trading scandals that hit Wall Street in the 1980s.

Levin was also a member of the Council on Foreign Relations.

His life and legacy are reflected in several memorials, among them the Neil D. Levin Graduate Institute of International Relations & Commerce at the State University of New York, and the Neil D. Levin ’76 Public Service Endowment Fund, which supports nonprofit and public service internships for Lafayette students.

Established by Stan Levin, the fund honors the varied and interesting destinations Neil Levin experienced and opens the same kinds of opportunities for Lafayette students, his brother explains.

Asked how his brother would have reacted to the heroics displayed by Port Authority police following the attacks on the World Trade Center, Stan Levin did not hesitate for a moment.

“He would have been very proud of them,” he says. “Neil was not a guy who sat at his desk and put his feet up. He always wanted the best for his people, to always make sure they had what they needed to do their jobs.

“At Port Authority, you’re dealing with things like a tugboat that’s stuck in the Hudson River, a backup on the George Washington Bridge, or which airline gets new gates at JFK,” he notes. “Neil wasn’t a guy who only dealt with the most senior people of a division. Everyone was important to him. He always listened to their needs.”

“Neil was always there to listen to your problems and had a knack for getting right to the point,” Maddon remembers. “He’d always respond with something really well thought out and really sharp. He had this very calm, confident way of communicating.”

“Neil was as honorable as the day is long, a man of consummate integrity,” his brother says. “He occupied the moral high ground. He was charitable, and always concerned about other people’s feelings. A man of his word, compassionate, caring, not ego driven. Doing the right thing and treating people with respect was who he was.

“None of this means that he wasn’t hard and tough when he needed to be, but if he had to be hard and tough on someone, he always left them with dignity.”

Stan Levin is planning a quiet visit to the cemetery on Sept. 11. He’s avoided 9/11 memorial events over the past 20 years and will stay away again this year.

“I’ve learned all I need to learn,” he says. “But I appreciate and respect that there are families who need to be at the site.”

The Angels are scheduled to play the Astros in Houston Sept. 11.

“I know that day, when I stand up there for the national anthem, it’s going to be emotional,” Maddon says. “I will think about Neil in my meditation, and all who were lost and those who still grieve. That will be my honor to him.