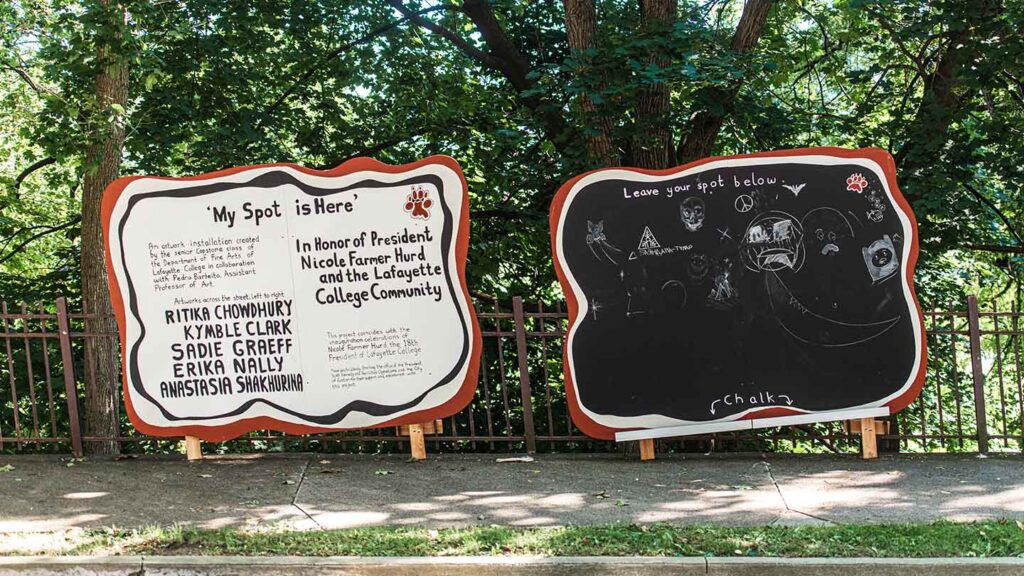 What sounds like standard admissions fodder also describes a single project for capstone studio art majors assigned with a task for the president’s inauguration.

Using the theme My Spot Is Here, five seniors were tasked to create “billboards” that would line College Avenue as families, community members, and distinguished guests approach College Hill. 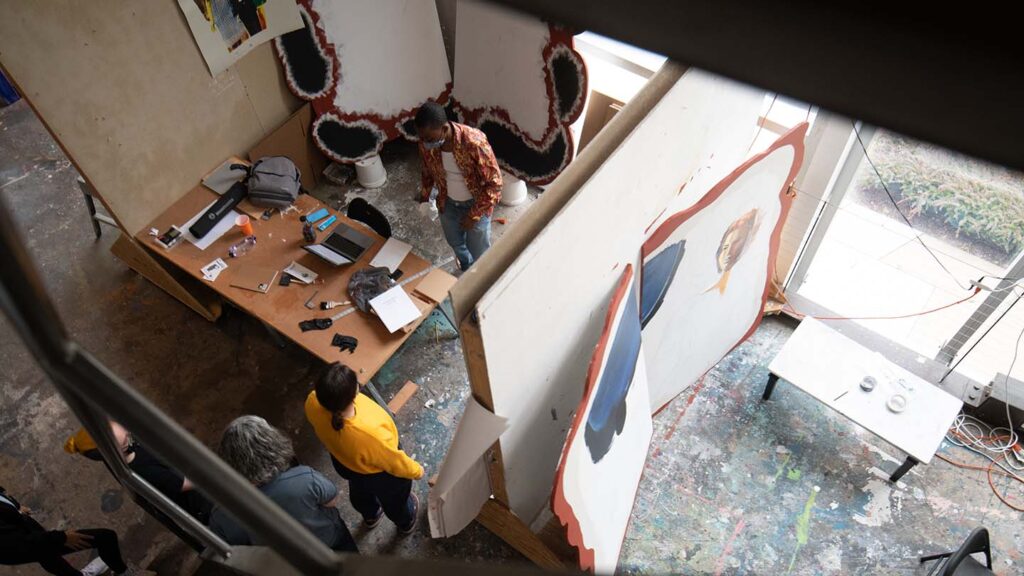 The artwork had to reflect who they are as students and artists—their five unique spots among the thousands that dot the leopard that is campus.

The billboards are shaped like spots. The idea for the project was devised by Pedro Barbeito, assistant professor of art and director of the Experimental Printmaking Institute, who teaches the capstone course. 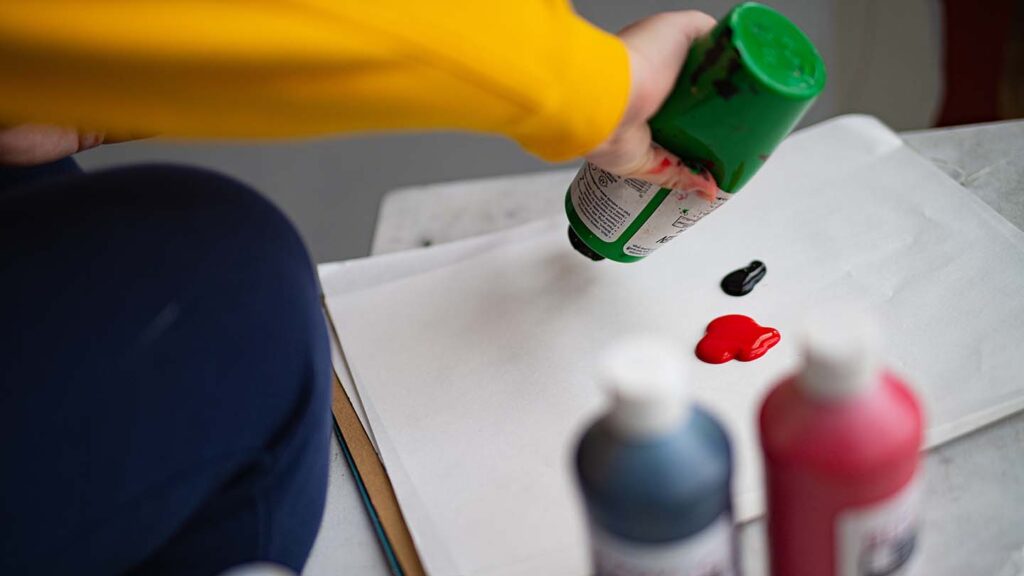 “This is a fabulous opportunity for our students to be involved in an important event and create a work that has clear parameters and a hard deadline,” says Barbeito.

Of the seven billboards in total, one explains the project and another is a chalkboard where pedestrians may draw or write a message. The other five are unique, thoughtful, and provoking … just what you’d expect from public art.

Meet the artists and learn a bit more about their billboards:

Ritika Chowdhury ’22
Kolkata, India
Studio art and math/economics double major
“This painting is a modern take on Indian beauty and cultural expectations. The figure doesn’t have eyes, mouth, or nose. Many women in India often have few choices and can become invisible. The dark background against her brown body is symbolic of that, and the henna print is one used in marriage ceremonies. Chup kar, translates to ‘shut up,’ a response to the chaos and expectations that society has from women. I am hoping my art will remind women not to listen to what the world says but to listen to their true selves.”

Kymble Clark ’22
Philadelphia, Pa.
Studio art
“This is a white, cis-heteronormative, wealthy family at the center. It reflects a historical reality of the people who are entering and supporting this bubble on campus, where people of color are placed in the margins and forced to conform to white, cis-heternormative, and classist ideals and ways of presentation. I screen printed all of the nuclear families and cut them out before layering them on the billboard.”

Sadie Graeff ’22
Akron, Pa.
Studio art and art history—dual track
“Transphobia has been an issue on campus and has impacted students who were transitioning or even just changing their names. It makes me question if my spot really is here. My billboard asks that question by showing the trans flag slashing across Lafayette symbols. A quote I try to live by says ‘art should comfort the disturbed and disturb the comfortable.’”

Erika Nally ’22
Weehawken, N.J.
Studio art
“I tried to consider what you might expect to see for this event and what you might not expect to see. I am drawn to random content and thought a cow is something unexpected. In social media spaces, #ad is used to indicate an advertisement, which would be more expected to be seen along the roadside. The hidden kanji is the symbol for cow and represents my Japanese heritage. Maybe this cow will work when considering the president’s last names: Farmer Hurd. Or maybe people will think #ad stands for art department or athletic department.”

Anastasiia Shakhurina ’22
Moscow, Russia
Studio art and international affairs
“I love outer space, and after seeing the photo of a Tesla in space, it was on my mind all of the time. The capitalist symbol. The space pollution. The strange gesture it is. So I added a stylized pulp fiction woman who is running from or being chased by this capitalist notion. I hope it reminds the College to value student lives more than profits and education over business.”