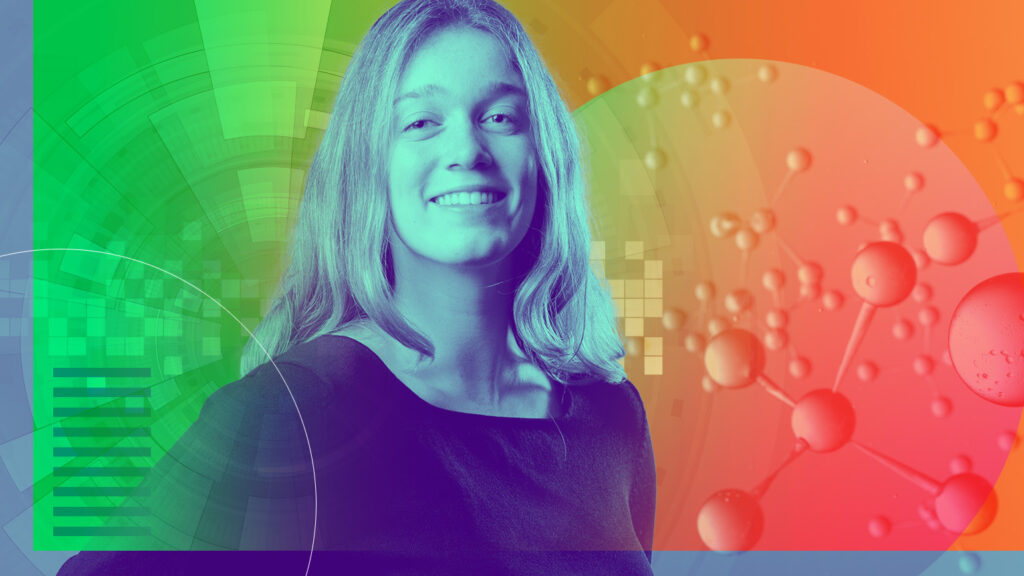 Sadie Wolfarth ’22, chemistry major, is excited about her research and thesis, and plans to apply to graduate school.

“Please see me after class.”

It was a simple request that Chip Nataro, Marshall R. Metzgar Professor and head of chemistry, had written on a test taken by then-first-year student Sadie Wolfarth ’22. That request, however, changed the course of Wolfarth’s educational journey.

After arriving at Lafayette enrolled as a biology major with dreams of medical school in her head, Wolfarth caught Nataro’s attention when she did extremely well on three consecutive tests in his Intro to Chemistry class. The handwritten note on the third test started a discussion that not only resulted in Wolfarth changing majors, but also led to her working in Nataro’s summer lab as a first-year student.

“Over the course of that first summer lab, I learned that chemistry is really cool. I hadn’t taken a lot of chemistry courses at that point, because I had only finished my first year. But the first project that I worked on in the lab was a slam dunk. It was an established project that a senior had been working on for their thesis, and they had already established a set of reactions that worked. So, we were synthesizing metal-based catalysts that would create new bonds such as carbon or nitrogen,” explains Wolfarth. “The question wasn’t whether the reaction was working. It was a question of yield. Every day, I would go in and feel so accomplished. That group eventually ended up having our findings published.”

Spend more than a few minutes with Wolfarth, and it’s easy to see that she’s excited about her research. Now working on her own thesis—after a series of failed experiments on synthesizing different compounds—she found that not always succeeding in the lab actually led to a stronger desire to develop projects out of her own experience and knowledge. The national Goldwater Scholarship nominee is now working on what she calls her “favorite project she’s done so far,” which is introducing new binding groups into heterometallic dimers to see if the dimer can be broken.

“It’s been a really amazing project. What’s interesting about the reaction [when binding groups are introduced] is that if the reaction works and the dimer breaks, the color changes. You go from this really deep green solution to either bright red, orange, or purple. So it’s really cool because you have a dimer, and as soon as you add the ligand [bonding group],  if the dimer breaks, you get this amazing color change,” says Wolfarth, who was also among the first students to use the department’s new X-ray diffractometer to work on her project. “The visual indications are the coolest part.”

“Sadie is an incredibly enthusiastic puzzle-solver and loves to work in the lab. She churns out excellent results and really likes to think about what her results mean,” says Nataro. “She was nearly as anxious as I was to get our new diffractometer and jumped right into using it. We are currently teaching each other how to use the instrument and solve structures. She’s been amazing to work with.”

Wolfarth’s new post-Lafayette goal is applying to graduate school for inorganic chemistry, and eventually applying her skills to working in the field of pharmaceuticals.

“To put it simply, I love making things and then seeing what they are. Or breaking things and seeing how they break,” says Wolfarth. “Overall, chemistry is a really awesome process.”