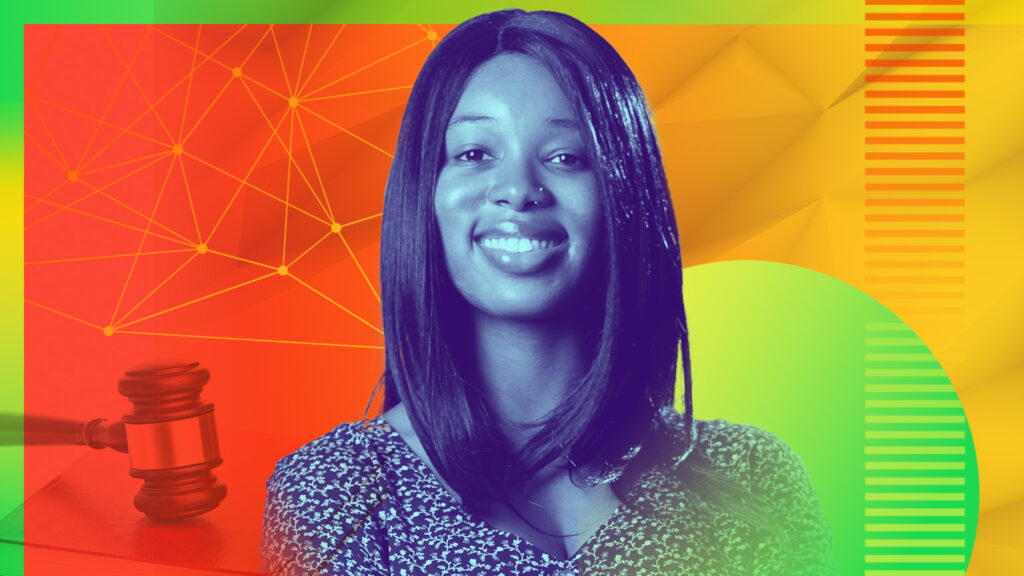 Thalia “Lia” Charles ’22 government & law major and psychology minor, is currently writing her senior thesis, in which she puts reproductive law under a microscope.

Thalia “Lia” Charles ’22 has carved out a niche all her own by bridging her two academic passions: law and psychological research. As a senior with a double major in psychology and government and law, Charles plans to attend law school after graduating from Lafayette. She hopes to eventually pursue a career as a public interest or civil rights lawyer, in which she can utilize her research and oratory skills to help others and potentially inspire policy change.

Charles is currently writing her senior thesis, in which she puts reproductive law under a microscope. By conducting a constitutional and political analysis of the upcoming Supreme Court case Dobbs v. Jackson Women’s Health Organization, she aims to make an informed prediction as to whether the landmark outcome of Roe v. Wade will be overturned.

“Because I’m exploring Supreme Court decision-making factors and what influences the justices’ decisions, there are cognitive, social, and gender psychology aspects to my thesis as well,” Charles says.

She’s also working with Susan Wenze, associate professor of psychology, as an EXCEL Scholar to study how the time of day at which college courses are taken impacts students’ engagement, GPAs, and evaluations of professors. Charles hopes her research can help administrators, professors, and students create new ways to optimize students’ academic, physical, and mental well-being.

“Lia’s curiosity about the field of psychology comes through both in and out of the classroom,”
Wenze says. “She’s a bright and motivated student with a strong ability to draw connections between fields and consider the real-world implications of research findings.”

“Whatever I decide to do, it will be helpful to demonstrate that I can do in-depth research that has implications for policy,” she says.