“Being human is being part of the ultimate team. Dismiss your differences, make your differences strengths, and work together to solve problems," Leland Melvin tells students. Twitter

Stay the course. Approach everything with grace. Find the person/people to always have your back. These were just a few of the many takeaways from former NASA astronaut and NFL draftee Leland Melvin at this year’s Resnik Lecture, held virtually Nov. 17.

Melvin, who has enjoyed a broad and varied career, has experienced his share of major setbacks. Hamstring injuries ended his NFL career. Complete hearing loss in one ear during a NASA training program seemed to end his hopes of going to space. And he experienced the tragic loss of his friends on the Space Shuttle Columbia. 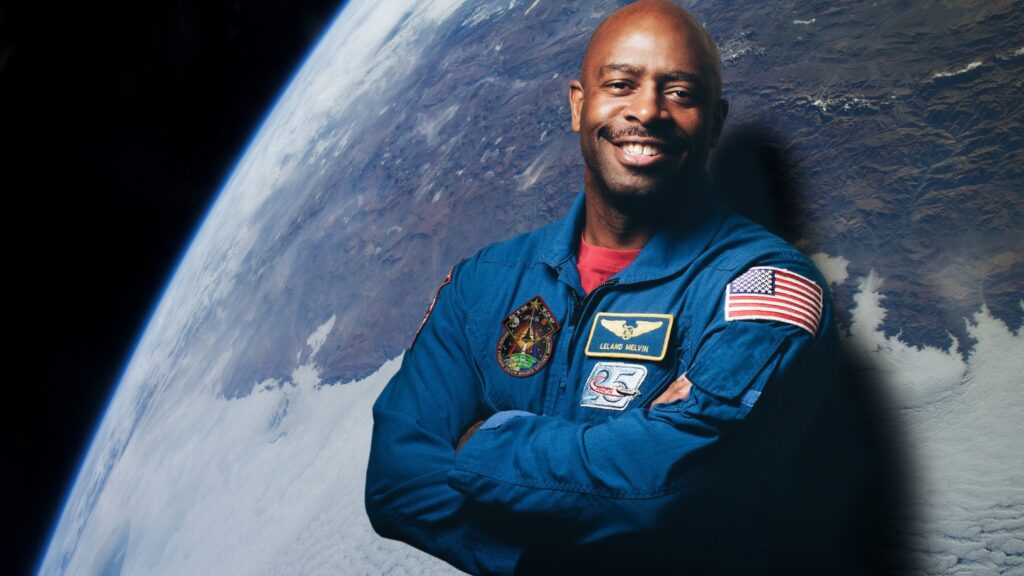 Despite these and other challenges, Melvin has always persevered, staying the course and reaching deep within himself at times to move forward. One of his significant second chances occurred when NASA’s chief flight surgeon granted him a waiver to fly to space after noticing that he was able to clear his ears to avoid cabin pressure on shuttle flights. He went on to participate in two missions to the International Space Station despite the impairment. “That has been my whole journey—grit,” Melvin said.

In an earlier meet-and-greet with students who asked about the transition from football to engineering, Melvin noted, “Everything we do in our lives is connected to something else. Running a route in football is geometry.” He explained that playing piano—another of his talents and abilities—and doing math are complementary because music is all math. He encouraged students to look for connections, and suggested “everyone has the right stuff” even when approaching something unfamiliar.

Throughout his career, trust has been an essential component for effective teamwork. The team at the International Space Station consisted of people from all over the globe, and every member relied on the others in order to survive in space. “We had to understand our connections to be able to do our jobs, and we had to trust each other. Our lives depended on it,” he said.

In keeping with his emphasis on connections, Melvin spoke about connections among people, however different they may seem. He remarked on the unique perspective looking down at Earth with all of humanity living, breathing, working, fighting, and being human together. He stressed the importance of teamwork, whether on a football field or as a member of the International Space Station.

When asked if his confidence ever wavered through some of the challenges, he encouraged students saying, “Keep your perspective on what you’re going through and be persistent,” ending his remarks with the Vulcan salute and blessing, “Live long and prosper.”

The Resnik Memorial Lecture series was named in honor of astronaut Judith A. Resnik, an electrical engineer who lost her life in the Space Shuttle Challenger disaster Jan. 28, 1986. The initial Resnik Lecture in 1994 was the idea of Jack Farber ’31, and is supported through the endowment fund in his name. This year’s talk also was supported by the John and Muriel Landis Fund.