Four young men at a boarding school in the 1960s take hidden copies of Shakespeare’s Romeo and Juliet and escape into the play, acting out scenes, testing boundaries, and reveling in the vagaries of youth: impulsiveness, naiveté, hotheadedness, and deep affection.

Such is the premise of a modern adaptation of the Bard’s classic tale. Shakespeare’s R&J took the main stage at Weiss Theater in Buck Hall on the Williams Arts Campus with four male actors and, behind the scenes, a team of female leaders. 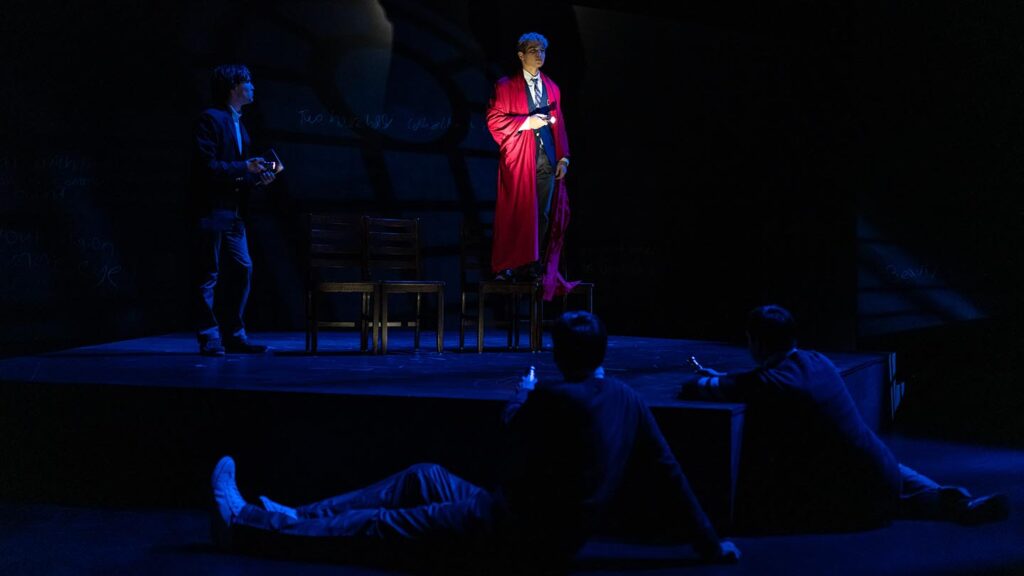 In the director’s chair sat Lizzie Gumula ’22, a theater and English double major, who used this production as part of her honors thesis. Her range of theatrical experience is based on her work at the Scranton Shakespeare Festival. For seven years, she has held a variety of roles including stage manager and assistant director.

When she noticed the lack of education programs for youth, she was given the reins to help find instructors, build an ensemble, and run a full-length production. She now serves as the educational program director.

While the festival found ways to perform in unconventional locations in the past, like productions of Damn Yankees in the local ballpark and How to Succeed in Business in the local mall, the pandemic ended live shows. Still, she remained involved in all of the planning. 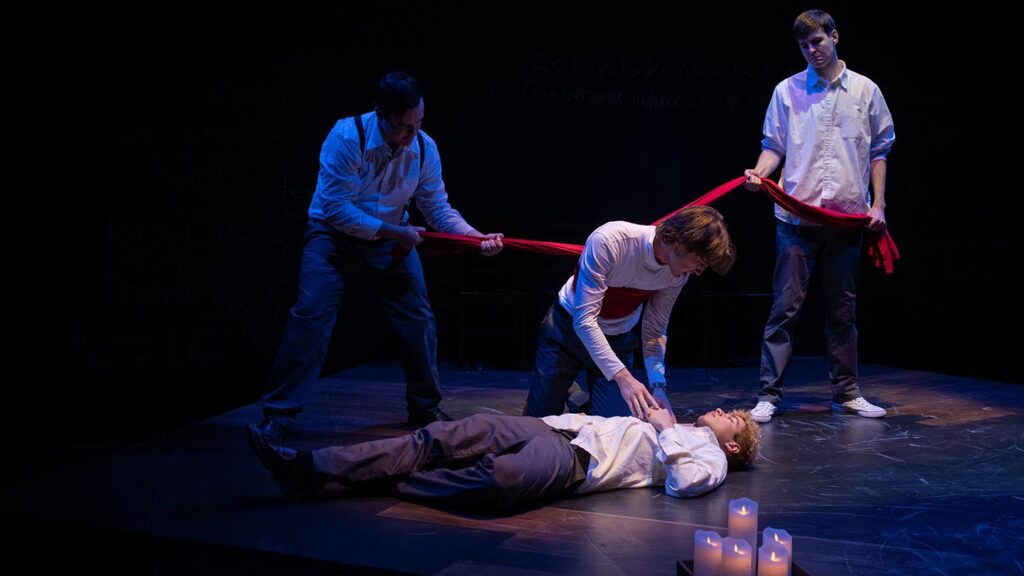 At the College, Gumula is just as busy as an EXCEL Research Scholar for two theater professors, president of the Arts Society, Williams Center for the Arts fellow, and member of Alpha Psi Omega National Theatre Honor Society.

But when Michael O’Neill, associate professor of theater, selected the Joe Calarco play as a fall production, little did she know about all the discoveries she and the cast would uncover in the demanding text.

The play follows the arc from Romeo and Juliet—most of the characters and all of the language. Layered over top is a play within the play, where four young men navigate the religious, academic, and patriarchal motifs of the 1960s in their boarding school. The four men play all the roles in the play and create two worlds—one in fair Verona and one at school—that often blur together.

The play, which already navigates themes of hate, family, loyalty, youth, love, and fate, is made more complicated as the actors cross genders, flirt with the homoerotic, and violently uphold what is masculine. 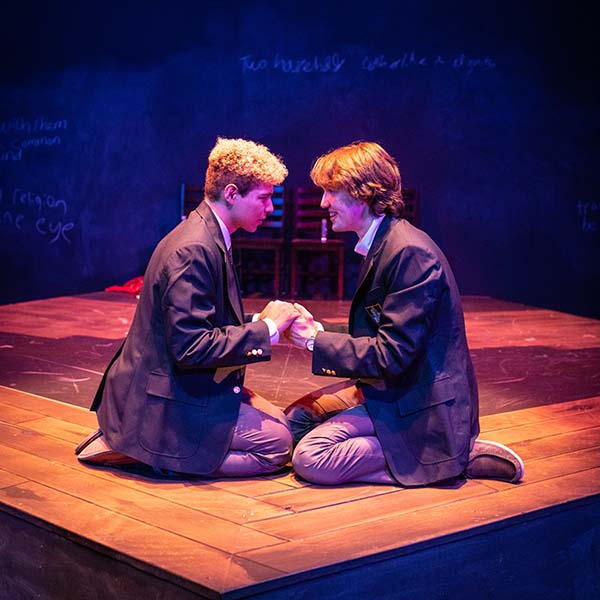 “The actors had to determine the intention in the text, build trust, and be very vulnerable and supportive,” says Gumula.

To help with this territory, the cast worked with a choreographer who assisted in two ways: coordinating the fights and staging the intimate moments.

These tender scenes and violent outbursts were aided by skilled technicians.

Eleanor Williams ’22 led scenic design. Thanks to her dual degree in mechanical engineering and theater, she combined artistry with technical savvy as chalkboard walls surrounded the cast and provided opportunities for key phrases to be written before the audience. Williams also built a secret cubby in the floorboards where the schoolboys hid their copies of Shakespeare’s play.

Both Williams and Gumula were awarded Certificates of Merit through the Kennedy Center American College Theater Festival for scenic design and directing respectively.

Not to imply that all things went easily. The first hurdle was, as it has been for a while, COVID. The pandemic made things more complicated as the September production was pushed into November.

And themes from the show and the powerful performances made it necessary to invite the campus to a pre-show talk.

“The relevancy of this show on a college campus is clear as students can face heteronormative biases and relationship violence,” says Gumula.

So the cast and crew sat alongside Suzanne Westfall, professor of theater, and Thomas Lee, assistant director of intercultural development for gender and sexuality programs, and discussed the challenges of staging and viewing the production. 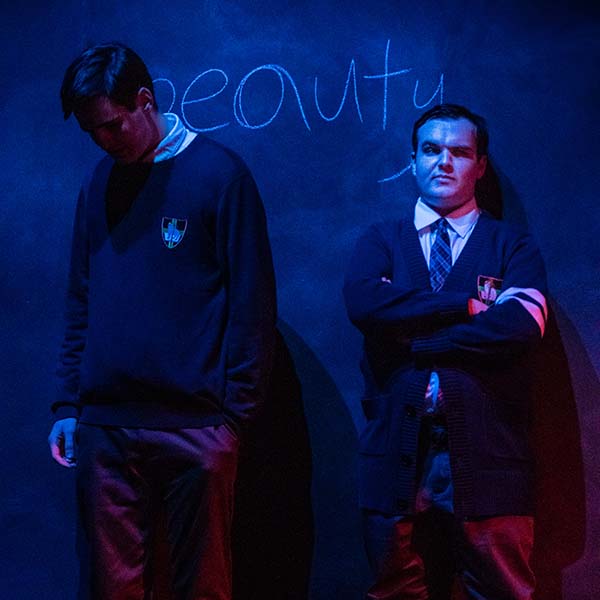 At one point, the man playing Juliet is severely beaten. Is it from her family for not following her father’s wishes for her marriage suitor? Or is it from the actor’s classmates for showing a proclivity for open homosexuality?

Gumula captured the balance of this intimacy and violence in the penultimate scene as Juliet takes her own life. Rather than draw a traditional dagger, two cast members used a red bolt of fabric to squeeze the life from her—a just punishment for family betrayal. But when looking at them as schoolboys, the awful poetry of it remains intact: men straining themselves to keep another male in his place.

Gumula plans to continue to develop these talents following graduation as she seeks theater education positions in New York City and Philadelphia.

Is Hamilton as Progressive as the Show Suggests?