With so many challenges in the world, focusing on one's well-being is especially important. Prof. Jamila Bookwala's expertise can help provide context ahead of International Day of Happiness on March 20 Twitter 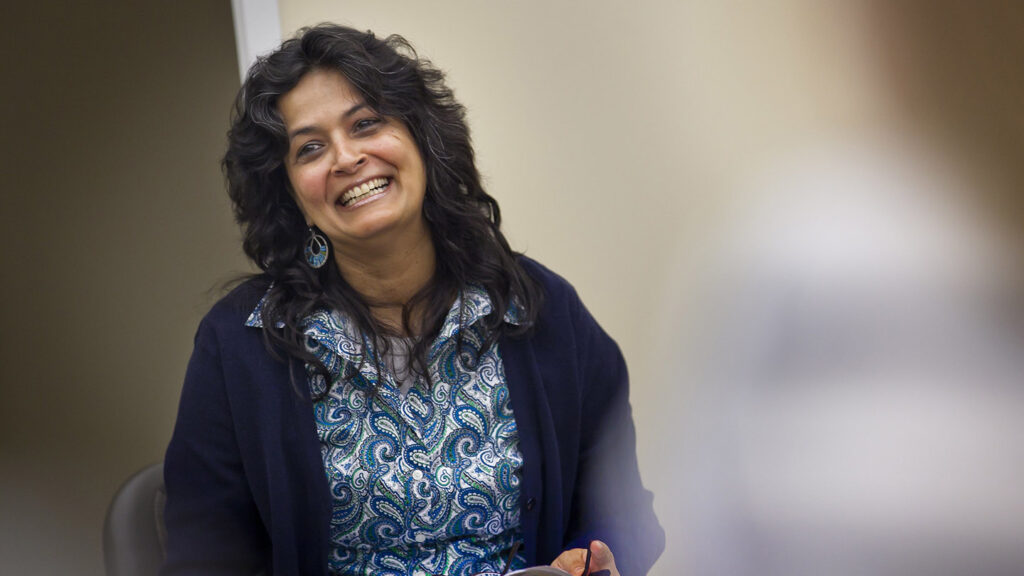 Coming off of two years in which the world has been experiencing a myriad of emotional effects due to the COVID-19 pandemic, the question of resilience—and what happiness really is—proves to be an interesting one that every person would have a different answer to.

Jamila Bookwala, dean of the faculty and professor of psychology, focuses her research on neurophysiological and biobehavioral processes that implement positive emotions and reviews the associations among neurotransmitters, hormones, brain networks, cognitive function, and social relationships in the context of positive emotions and affect.

Bookwala, who joined Lafayette in 2001, has published extensively on the role played by close relationships in mental, emotional, and physical health during the middle and later years of life. Her research has been funded by the National Institute on Aging, the American Psychological Association, and several foundations and universities.

“In my own FYS course on understanding happiness, we cover how the brain is incredibly resilient,” shares Bookwala. “My research looks at what factors can promote emotional well-being in the face of what are considered normative stressors, such as caregiving or a physical health impairment. I’ve always been interested in factors that promote resilience in the face of such stressors.”

Bookwala’s research has more recently been published in Science Direct’s journal Neuroscience and Behavioral Reviews, where she co-authors a review paper that is the outcome of a collaborative work process (“The Human Affectome Project” ) that includes intellectual contributions from 17 authors around the world.

“What do we mean by happiness?” asks Bookwala. “One of the first tasks we [the authors] contributed to was a linguistic exercise about what words communicate happiness. It could be ‘joy’ or it could be ‘contentment.’ At the heart of this review paper is understanding happiness and well-being from a neurological standpoint and a behavioral standpoint.”

Can happiness motivate you to be more engaged? Do you get happiness from exercising? Playing an instrument? Cooking a meal for your family? What defines happiness is unique to each individual. The research presented discusses how happiness varies across individuals, over the lifespan, and by geographic region. Bookwala’s contributions to the article were related to positive emotions and well-being over the human lifespan and global trends in happiness.

“In terms of what has happened with the virus, with racial injustice, and with political tensions, it has been a period where finding happiness in this country has been a challenge. It’s been a struggle. And I do think we’re resilient as people, and we’ve learned so much about ourselves—including what can keep us happy in very difficult times,” says Bookwala. “People have different thresholds for and different pathways to happiness.”