Prof. Robert Blunt and Christopher Lee are researching different aspects of the night and hope to shine a light on the pivotal role of darkness Twitter

What happens after dark descends?

The cover of night avails its shroud to many possibilities and is often associated with a range of pursuits: supernatural phenomena, conspiratorial planning, debauchery, artistic endeavors, vigilante justice, and illegal activities.

But scholars can often ignore the night, seeing daytime as the normative moment for important or more legitimate happenings.

Two faculty members at Lafayette who are researching different aspects of the night hope to shine a light on the pivotal role played out in darkness. 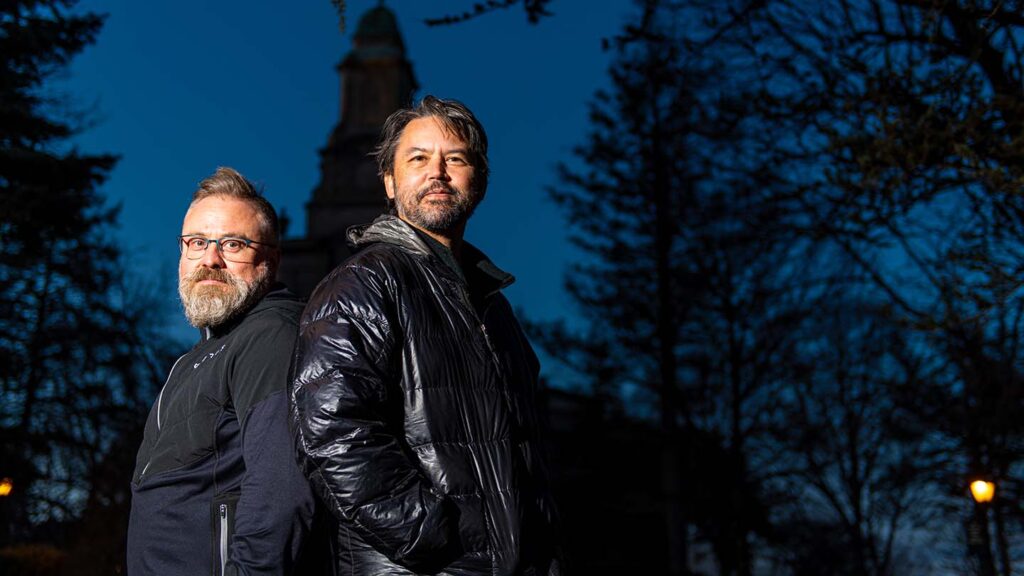 The event is supported by a grant from the Wenner-Gren Foundation, the oldest organization  dedicated to the advancement of anthropology throughout the world.

“This conference will convene a prestigious assembly of scholars, both new and well established, from across time zones and countries, including Denmark, France, Britain, Congo, and the U.S.,” says Lee.

Hosted at the College, the conference will, as Blunt says, “reposition night in historical memory as a time of possibility that is morally gray.”

Blunt’s recent research focuses on nocturnal life and anthropology in western Kenya, while Lee focuses on the ways nighttime has informed the cultural history of South Africa.

The conference is open to the Lafayette community and broader public for those interested in how the accepted historical narratives are more nuanced when night is layered in.

Specific details about the conference will be announced in April.