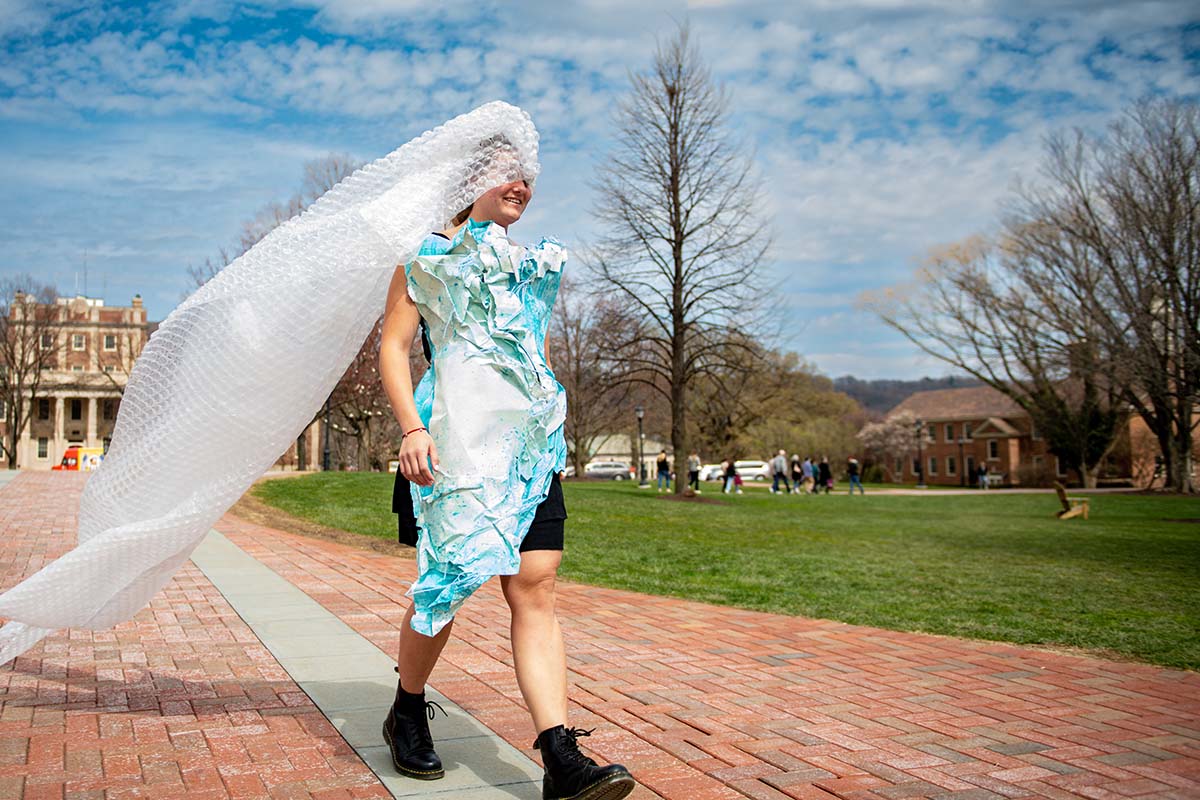 A serape. A wedding dress. A cape.

An alligator attack. A feather dotted with syrup. Breasts for eyes.

All of these items as clothes?

But of no surprise as sculpture students from two classes wore their creations and strolled the Quad.

The students’ assignment was to create a wearable sculpture using their bodies as frames.

Students then explored that assignment both “formally and metaphorically” according to Nestor Gil, associate professor of art.

“They have used this assignment to investigate their identities, reflect on their Lafayette experiences, explore their histories, and to make absurdity and comedy, too,” Gil says.

This gallery showcases all that they created:

'Drawing outdoors, the landscape is alive with transformation, forcing you to think about your visual interpretation'
Categorized in: Art, Featured News, Innovative Teaching and Learning, News and Features, Students, The Arts