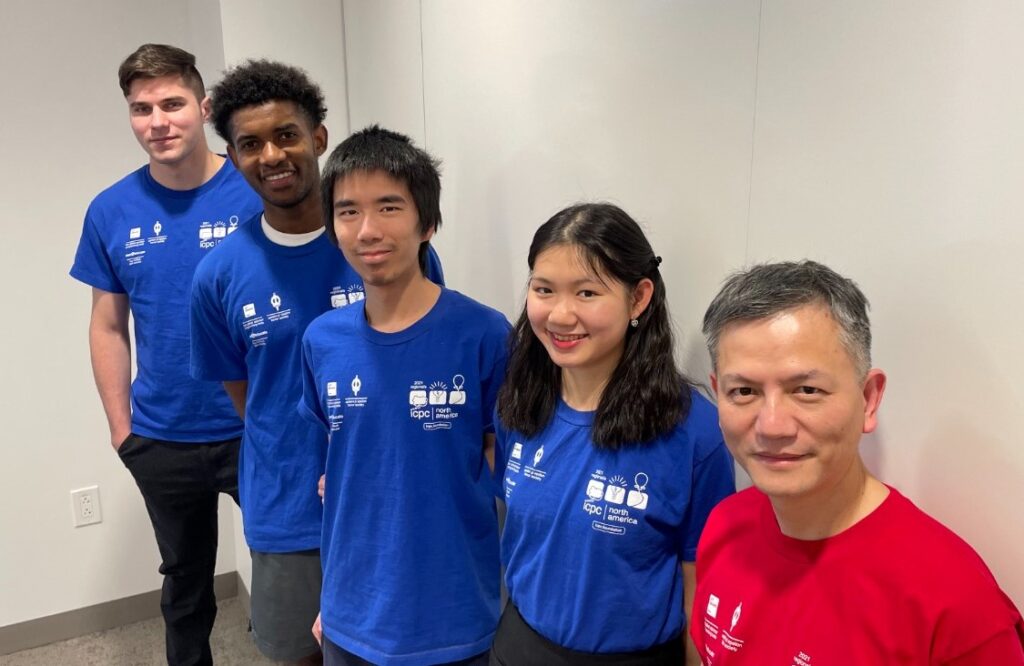 For the first time, a Lafayette computer science team has advanced to the International Collegiate Programming Contest (ICPC) North America Championship and North America Programming Camp (NAC-NAPC), the largest programming competition participated by all major universities and colleges in the world.

Three Lafayette teams competed in the 2022 ICPC Mid-Atlantic Regional Contest on Feb. 26, and the team, comprising Lekso Borashvili ’23, Peter Li ’23, and Claire Liu ’23, was invited to the championship to be hosted by University of Central Florida on May 26-31 in Orlando, Fla. Eliso Morazara ’25 will fill in for Liu, who has a scheduling conflict.

“I have been coaching Lafayette programming competition teams for 16 years and was fortunate to work with many talented and dedicated students in our program,” he says. “Lafayette teams have won numerous awards at the regional level. Last year, two Lafayette teams advanced to the North America Divisional Championship (the level below NAC). But this is the first time that our team has made it to the NAC. I am really excited.”

Liu credits the solid course work for the team’s success and says the small department allows everyone to get to know each well and develop a good chemistry. The team gathers for 90 minutes each week to practice.

During the contests, teams of three, representing their institutions, work to solve very challenging problems with computer programs. Each year, more than 2,500 teams from North America compete in regional and divisional programming contests. Among them, approximately 50 top teams are invited to the North America Championship to compete for the advancement to the World Finals.

ICPC North America Championship is a highly visible and prestigious event. Here’s a list of 50 teams (and their institutions) invited to this year’s NAC.

“The list is made up of major institutions in the U.S. and Canada,” Xia says. “The only teams from liberal arts colleges are from Lafayette College, Carleton College, and Swarthmore College. Attending this competitive competition allows our students to compete at the highest level and showcase the excellent quality of our computer science program.”

Learn more about the championship contest.