Lauren Anderson ’04, James T. Marcus ’50 Scholar and Associate Professor in Chemical and Biomolecular Engineering, has been named the William Jeffers Director of Engineering, succeeding Prof. Scott Hummel, who held the chair for 10 years.

“I’m honored and excited to have the opportunity to lead the Lafayette Engineering Division,” says Anderson, who will take over the chair on July 1. Hummel will serve as director until the end of the current academic year and, after a sabbatical, return to the classroom as professor of mechanical engineering in fall 2023.

“Lafayette’s Engineering Division is near and dear to my heart, and we have tremendous momentum and opportunities as we build on Scott’s success leading and expanding the division over the past decade,” she says. “He has had a profound impact on Lafayette engineering—faculty, staff, and students will benefit from his accomplishments and leadership as director for many years to come.”

“I am filled with gratitude for Scott’s leadership and commitment to the Engineering Division and to the College. We would not be where we are today without his vision and he will continue to be a force for advancing our impact as a faculty member,” says President Nicole Farmer Hurd. “I am also grateful and excited for Lauren to assume the directorship. With her extensive experience and love for our community, she will do an incredible job supporting our students, upholding Lafayette’s excellence in engineering, and leading the College into our next chapter.”

Anderson earned her bachelor’s degree in chemical engineering at Lafayette. Funded by a National Science Foundation Graduate Research Fellowship, she completed her Ph.D. in biomedical engineering at University of Virginia and returned to Lafayette as a member of the faculty in 2009. She’s been serving as department head of chemical and biomolecular engineering since 2015.

Her research in the area of tissue engineering, specifically the interface between cells and materials, explores thermoresponsive polymers for their ability to serve as an alternative cell-culture substrate for growing cell sheets for eventual transplantation.

“My hope for the future of Lafayette engineering is to build on the strengths of its people, facilities, programs, and reputation, and ensure that everyone sees themselves reflected in our community,” Anderson says. “We will continue to enhance our programs and spaces so that they reflect our core values.” 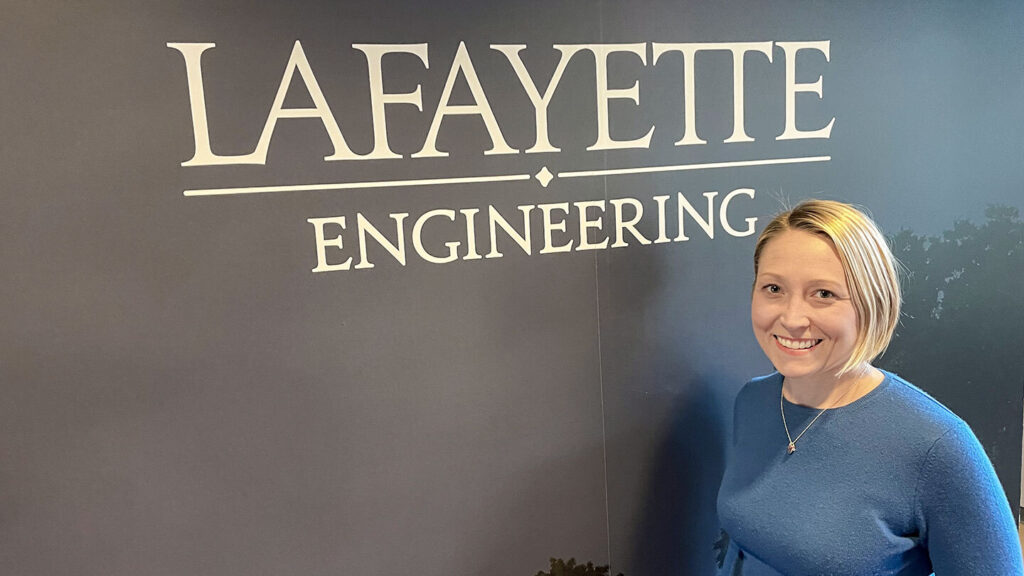 Anderson played a key role in establishing molecular bioengineering laboratory facilities at Lafayette funded by the National Science Foundation Major Research Instrumentation program and recently guided the Chemical Engineering Department through a successful ABET reaccreditation visit, says Provost John Meier, who credited her and David Brandes, professor of civil and environmental engineering, for leading a multiyear effort to envision, design, and create the integrative engineering program—the College’s first new Bachelor of Science program in engineering in more than a century.

Meier describes Anderson as “an exemplary teacher-scholar” who has mentored more than two dozen students in undergraduate research projects that have been recognized with various awards.

“I could not be happier that Lauren is the next director,” Hummel says. “And I could not have higher confidence that the division is in excellent hands.”

Reflecting on his tenure as director, Hummel, a member of the faculty since 1998, says the time was right to step down, having accomplished all that he set out to do.

His achievements include raising $12 million for the renovations and expansion of Acopian Engineering Center, with the 4,000-square-foot Scott Pavilion under construction on the fifth floor; implementing the integrated engineering program, which allows students to pursue emerging and interdisciplinary fields of engineering; raising funds for three faculty chairs; diversifying engineering faculty, staff, and students; expanding enrollment in the Engineering Division by 15%; increasing the number of female engineering students, who now account for more than 40% of the total engineering enrollment; and increasing the division’s ranking in U.S. News & World Report, which consistently cites Lafayette for having one of the best undergraduate engineering programs in the nation.

Walter Scott `59, trustee emeritus, says that “Scott Hummel has done a fantastic job, and he and the College should be particularly proud that we now have twice the national average for the percentage of women enrolled in our engineering programs.”

“It’s time to turn over the keys. I’ve taken this role as far as I could,” Hummel says. “I’m incredibly proud of what we’ve accomplished.” 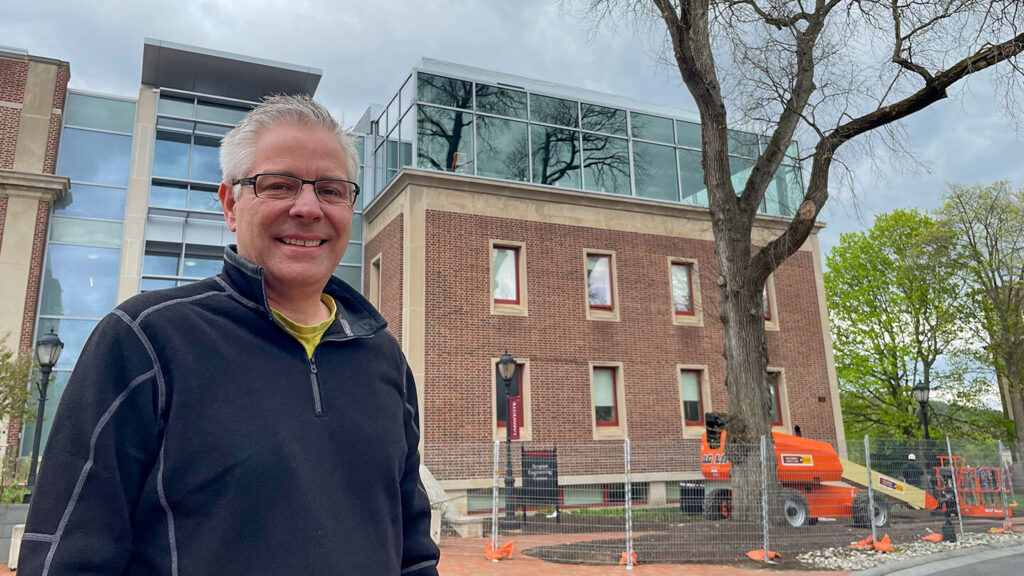 Meier thanked Hummel for his service as the Jeffers Director, which he accepted in 2012, and for his work to advance the Engineering Division.

“Scott was tireless in promoting a vision of a diverse and collaborative engineering program, and he helped to secure substantial funding in support of that vision,” he says. “There are many important improvements to the facilities—LeopardWorks and the Scott Pavilion being just two examples—and significant support for new scientific equipment that came about during Scott’s time as director.”

Just as importantly, Lafayette’s engineering programs have fostered a welcoming and inclusive climate for all to learn, teach, work, and thrive, Meier says.

“This commitment to an inclusive culture has been made manifest through new curricular offerings, prospective student programing, and research opportunities,” he notes. “We all owe Scott our gratitude for his efforts to sustain and advance the mission of the College and look forward to his continued support of student success as he returns to the Department of Mechanical Engineering.”

Hummel’s vision has helped shape the defining qualities of a Lafayette engineer, which encompass empathy and a liberal arts education that combine to make well-rounded global citizens, Anderson says.

“There is something special about a Lafayette engineer,” she says. “Our students want to help people and want to make a difference through engineering. And that’s really where Scott has taken us over the last 10 years, making engineering about people. Couple that philosophy with outstanding teaching and mentoring, and our students are going to change the world.”

The Jeffers Director position honors William A. Jeffers (1936-2008), whose career as a faculty member and administrator at Lafayette spanned 35 years.