The English Department welcomed Donika Kelly as the reader and judge for the 2022 H. MacKnight Black Poetry and Literature Prize and recognized poems by two seniors.

Established in 1945, the prize is given to a senior in memory of H. MacKnight Black 1916 who, at the time of his death, was regarded as one of America’s significant poets.

Kelly, assistant professor of creative writing at University of Iowa, read from her works and answered questions. Kelly is the author of two collections, The Renunciations and Bestiary, and recipient of several awards and fellowships. 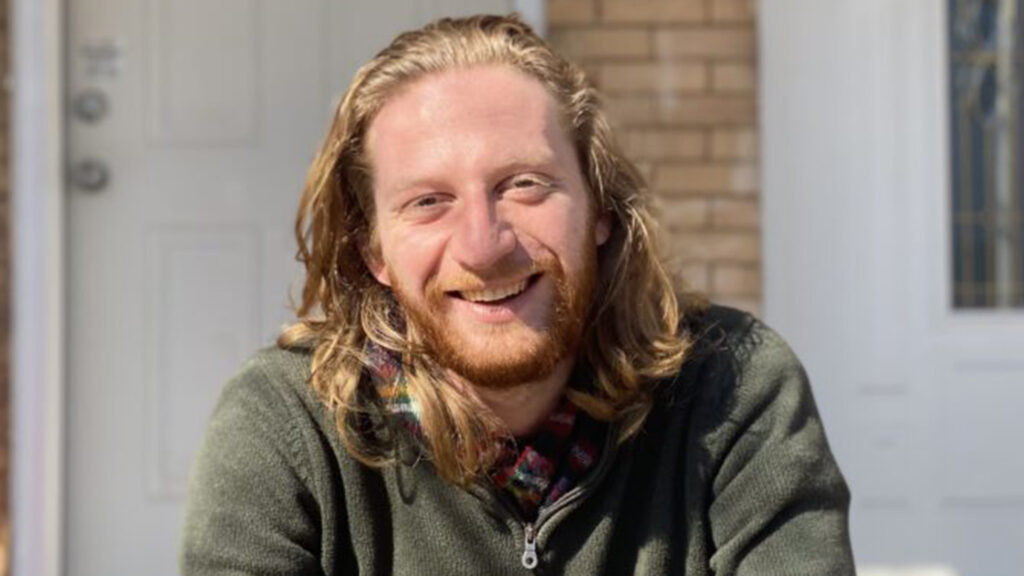 Origin: Gustafson was headed to campus after spring break when the last line of the poem came to him. He jotted it down but wasn’t sure what to do with it. While reading poets from Black Mountain College, he was drawn to their short lines and enjambment, and decided to use that approach to find what was needed to get to the ending.

Practice: He entered the College as a computer science major and English minor, but the excitement of his English classes had him adjust his areas of study. During his sophomore year, he more actively entered a regular writing practice. He has taken many writing courses at the College, including Nature Writing, Intermediate Poetry, Environmental Writing, and Advanced Poetry. While he doesn’t have a designated time when he puts pencil to paper, he spends about 30 minutes a day writing, finding spare moments to gather what he has observed over the day.

Recognition: While he submitted a few poems to the contest, the one that earned the prize was his favorite. “I guess brevity pays,” he says. While he was not expecting to win, it felt good and served as a confirmation for what comes next. He enters the MFA program in poetry at Stony Brook University in the fall and soon will have a full-length manuscript to show for it.

The road bent
down gleam

cutting through
the diamond

of this city
I swear

I saw you
dancing

in the yellow
headlights of 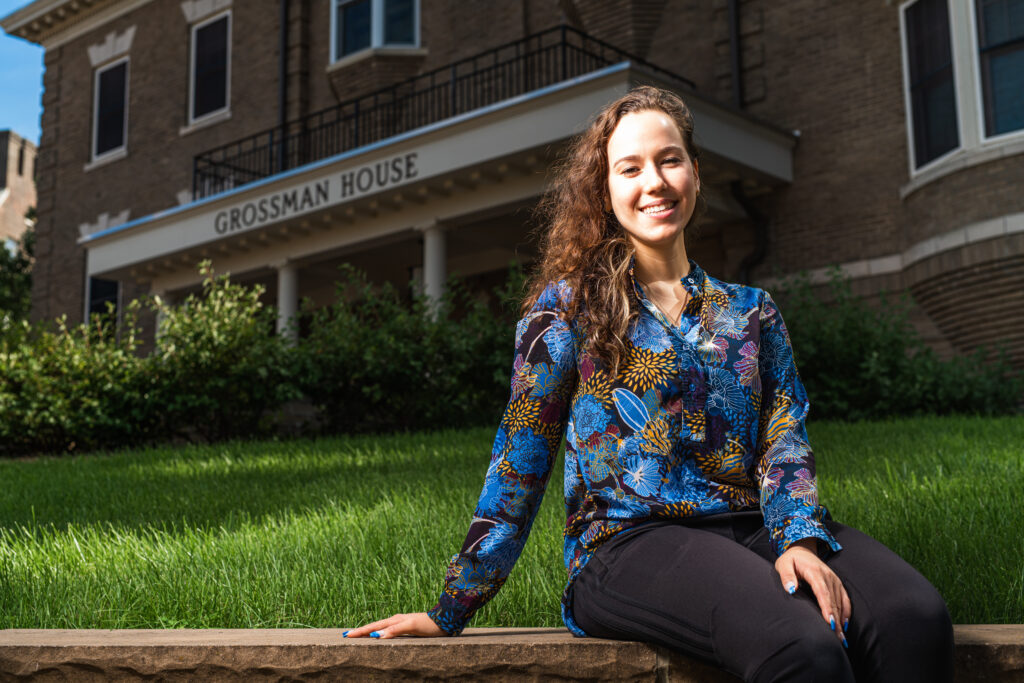 Origin: Berestko spent seven weeks over the summer at The Leadership Center in Honduras working with the next generation of women leaders. While there, she felt inspired by the community and natural beauty. Aiding that feeling was a book she was reading, Women Who Run With Wolves, a collection of writings that discusses, in part, how nature is a key aspect in the feminine awakening.

Practice: At her best, writing begins for Berestko at 4 a.m. But college life keeps her busy, making this early starting point not always possible. Still, she finds time to journal every day. She won’t adopt the mantle of writer though, offering a litany of notable names she won’t place hers alongside. Poetry is a big part of her life. Her father wanted to be a poet, and as a small child, she often found bits of poems scattered about her house. So the act of writing helps to bring her home. She has written two plays—one of which will have a staged reading May 8 in downtown Easton at Connexions Gallery. She is also working on a novel.

Recognition: She submitted this poem to the competition because it felt the most truthful. “It was a message that didn’t come from me,” she says. “It’s not me reflecting on nature or my emotions. It felt like a lesson far beyond me.” Being recognized was incredibly profound. “Writing means everything to me, a calling, a beloved vocation,” she says. Upon graduation, she will serve as a lab manager at Kellogg School of Management at Northwestern University prior to her pursuit of an advanced degree in social psychology.

Thunderworld in one breast
Underworld in the other
Her belly ripe
Can give birth to all the she-wolves
Her back the curve of the mountains
Her thighs round and wide
Holding the divine feminine and oceans between them
Her eyes clairvoyant and Hands like wooden planks that
Can carry all
She is the strength, past, and future
Encapsulated in flesh