Add music and you have the perfect left-meets-right-brained Lafayette combination.

That’s the case for three seniors who took the stage for several Music Department performances for which they composed music, played instruments, and/or conducted an ensemble. 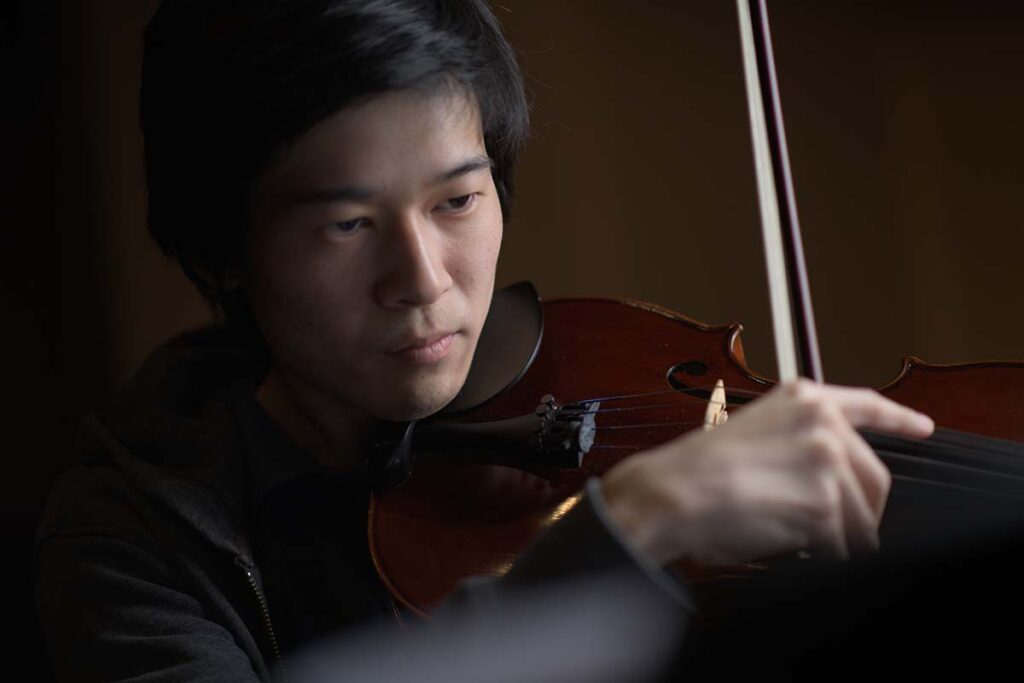 The piece, which includes three movements and runs 10 minutes, originated in a composition class as a string trio, but the debut performance was canceled due to the pandemic. Since then, the piece has grown and expanded. It now is a quartet for two violins, a viola, and cello.

“The music in the first movement is more dissonant and atonal and is a direct outpouring from my own mental state during the pandemic,” says Kogasaka. “The resolution in the latter movements is much calmer.” 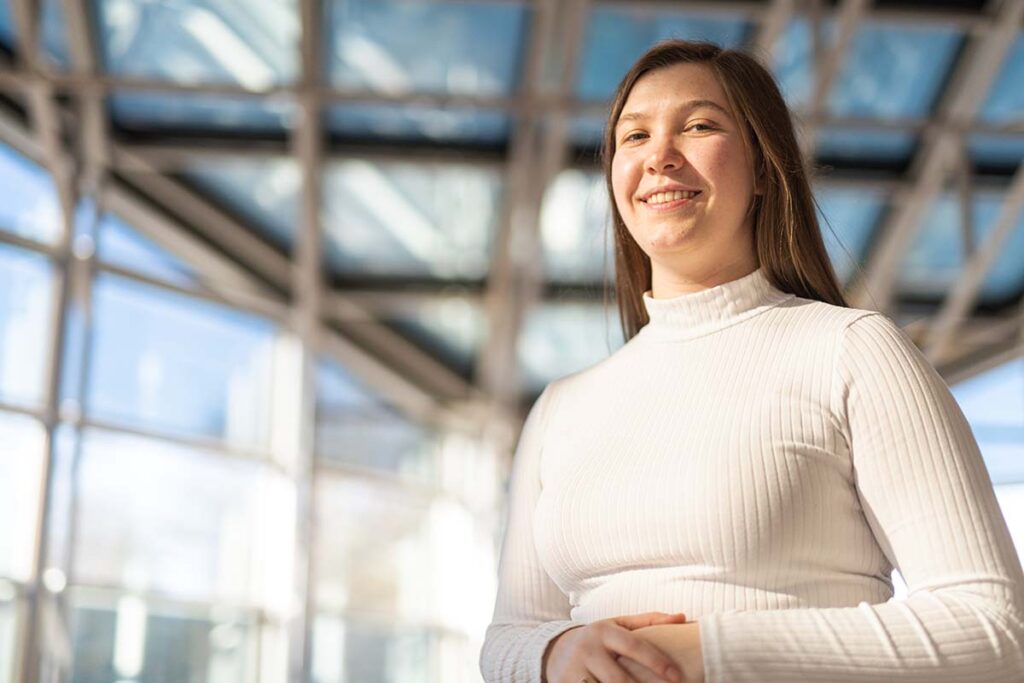 Playing violin on his piece was Anna Zittle ’22, who also debuted her one-act chamber opera, “Missed,” at the same performance. The premise centers around three characters at a wedding rehearsal dinner in a classic tale of considering what might have been.

“The music becomes a convention to explore an alternative reality between their missed connection,” says Zittle, who completed thesis work in both music and math. 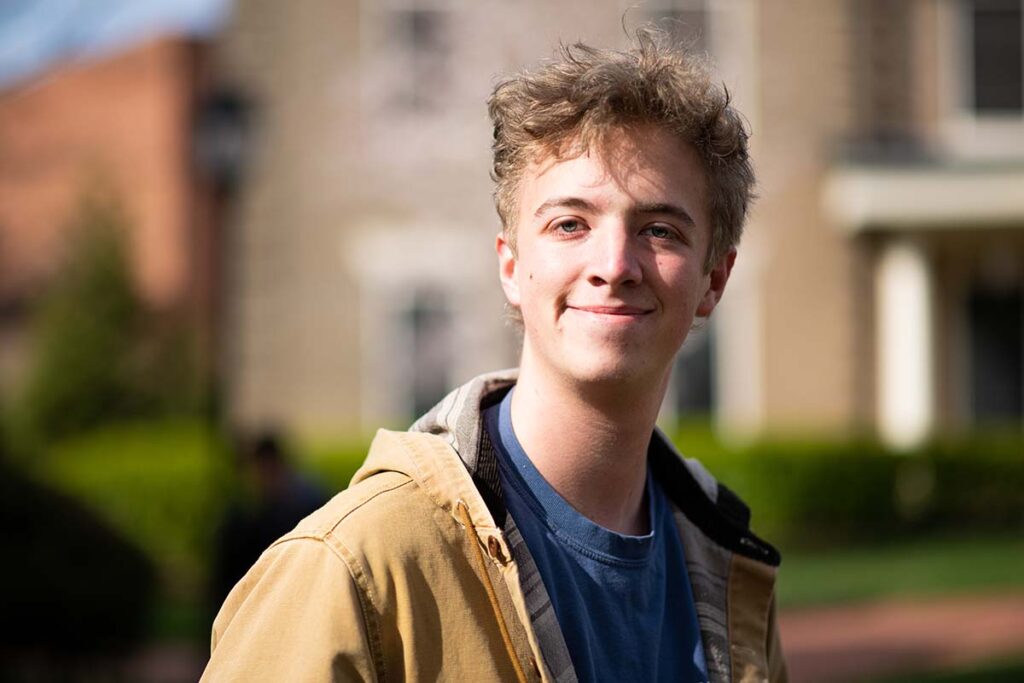 Corey Beck ’22, earning a dual degree in math and physics, conducted the opera, which includes three singers and 13 instrumentalists. Beck, who has directed the concert band, the pep band, and led the percussion ensemble, understood the enormity of the task. “I had the responsibility to bring this to life, and have worked to gain a deep understanding of what was written and to guide the players in their expression,” Beck says.

“It has been a profound joy to work with Justin, Anna, and Corey,” says Kirk O’Riordan, associate professor of music and director of the contemporary music ensemble. “Anna and Justin have both developed a unique voice in just a few years of study, and their love for their work is inspiring to me. I cannot describe how proud I am of what they all have accomplished.”

“I owe it to him and Prof. [Larry] Stockton for opening me to more musical styles, including world music, atonal, and noise,” says Kogasaka. “They have changed how I hear music.”

“Justin and I both studied under Prof. O’Riordan, and yet we don’t sound like him. We have our own voices and styles,” says Zittle. “Prof. O’Riordan encourages students to find and develop their strengths.”

“I am excited to be in this moment and make this music,” says Beck. “It’s a chance to really enjoy it.”

The program also featured original music by Zach Freiheiter ’23 and Brian Payne ’23. Kogasaka’s thesis work, “Stolen Time,” was performed by the chamber orchestra on Sunday, May 8. Beck conducted the concert band May 7.

Learn more about the production with these program notes.

Music and math major to teach English in the Czech Republic

Violist and composer contributes to book about the development of Florentine music
Categorized in: Class of 2022, Featured News, Innovative Teaching and Learning, Music, News and Features, Students, The Arts
Tagged with: Lafayette Arts