Research.com’s 2022 ranking presents leading scientists from the area of law and political science and other academic disciplines Twitter 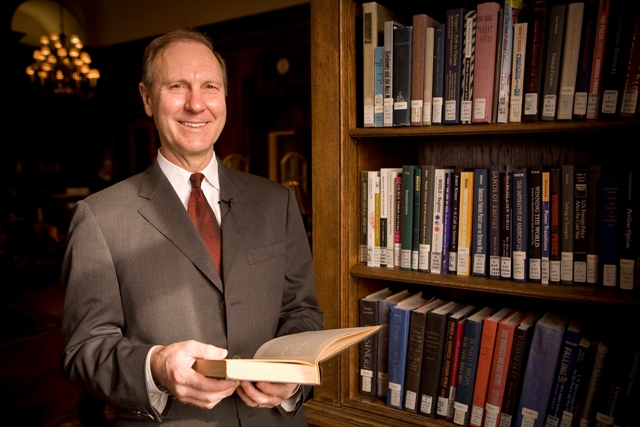 Mark Crain, William E. Simon Professor of Political Economy and chair of policy studies, has been named to Research.com’s 2022 ranking of Top Law and Political Science Scientists in the United States and globally.

The listing, which presents leading scientists from the area of law and political science, and other academic disciplines, credits Crain’s focuses on property rights, regulation, legislatures, and politics and cites his academic work and recent research. Research.com uses the Hirsch index in its rankings, which captures research output based on the total number of publications and the total number of citations to those works.

Out of an initial examination of 166,880 people in law and political science, Crain achieved a national ranking of 593 and a global ranking of 998. See world ranking, see U.S. ranking.

“We’d like to sincerely congratulate you on this achievement, and we hope that your presence in the Research.com ranking is indeed an important accomplishment for you and your university or research institution,” Imed Bouchrika, founder of Research.com, wrote to Crain via email.

Law and political science are just two areas of research for Crain, whose published works—more than 125 articles and 10 books—focus largely on economics and business.

“I’m grateful to appear in a listing that includes so many prominent and influential peers,” he says. “What’s most important to me is that it speaks to the success of Lafayette’s economics and policy studies programs, which encourage students to create knowledge and solve problems that cut across academic boundaries.”

Crain’s creative ventures at Lafayette include the student-produced Lafayette Lens, an hourlong series in collaboration with PBS39, the Lehigh Valley’s public television station, that covers issues of global importance, and a new podcast series, Past, Present and Future, featuring student interviews with prominent alumni with WLVR, the Lehigh Valley’s NPR station.

Crain came to Lafayette College in 2004 from George Mason University in Fairfax, Va., where he had been a faculty member for many years and served as director of the Center for Study of Public Choice. His prior academic positions were at UCLA and Virginia Tech. He served in the Reagan administration in the U.S. Office of Management and Budget and on numerous civic commissions at the federal, state, and local levels.

Research.com is a research portal for science rankings. It maintains a database of more than 27,000 leading scientists to assist professors, research fellows, and those studying for a Ph.D. or a master’s degree to progress with their research and to ensure they are always up to date with the latest conferences around the world and publications related to their work. Research.com publishes an annual ranking of leading scientists in a wide range of scientific disciplines.

Listen to Past, Present and Future podcast series