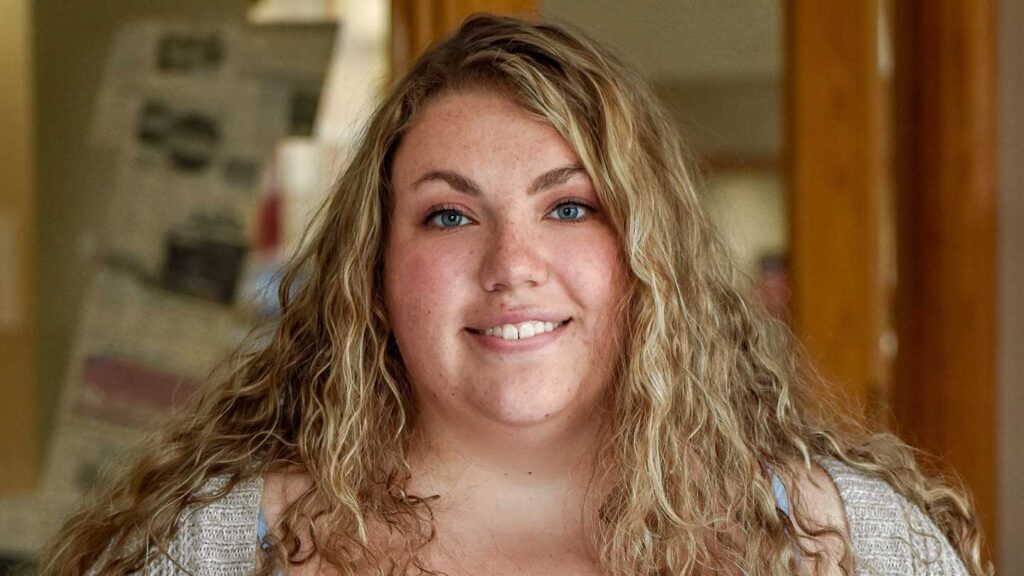 As an EXCEL Scholar, Lafayette English major Madeline Marriott ’24 has not only proven her research and project management chops, but also become an indispensable member of the team of scholars that—over the last year—has been piecing together and editing a scholarly edition of Harriet Beecher Stowe’s A Key to Uncle Tom’s Cabin.

American author and abolitionist Stowe was catapulted into worldwide fame—and made her mark on history—with the publishing of her 1852 anti-slavery novel Uncle Tom’s Cabin, which vividly depicted the grim conditions experienced by enslaved African Americans. One year later, she released A Key to Uncle Tom’s Cabin to defend her novel against her critics, who accused her of falsifying and exaggerating the novel’s representation of slavery. A Key was centered around citing real-life examples of the characters and situations portrayed in Uncle Tom’s Cabin, and it took a significantly more aggressive stance against slavery than Stowe’s original novel had.

“It’s a window into the print culture of the abolition movement—unlike anything else that exists—and it’s never been studied,” Phillips says.

Marriott’s job is to do a close reading of the text and “go over everything with a fine-toothed comb,” she says. “I parse out all the sources, references, and quotes Stowe uses [in A Key] so we can explore them more deeply. Sometimes that means I’m tracking down an online version of a document a piece of information came from, finding physical copies of documents, or figuring out what sources she used when she vaguely referenced other works, like the Bible.”

For Marriott, the project—which is the first comprehensive analysis of Stowe’s work—is a unique chance to not only view a historical figure from a different perspective, but also strengthen skills that will be invaluable to her in the future.

“Stowe altered the course of American history with her work—Uncle Tom’s Cabin was allegedly one of the primary catalysts for the Civil War. It’s interesting to see the way the text [of A Key], more than anything I’ve ever seen, conveys her attitude and personality so potently. I have this rare opportunity to get to see how fiery and passionate she was about this cause,” Marriott says. “Plus, being exposed to research and different kinds of writing helped me develop skills that are useful and adaptable in any field. Being able to build relationships with successful scholars in the field also has been exciting and rewarding.”

Phillips invited Marriott to join his research team after meeting her in his First-Year Seminar course I Cannot Live Without Books. He says her writing talent, organizational skills, and knack for academic detective work have brought immeasurable value to the project.

“As a first-year college student, which is what she was when she first met the other editors, Maddie found herself on a team of tenured American lit professors who are all accomplished and knew each other really well,” Phillips says. “She has had great grace and confidence with working with these folks, and she’s keeping up with all of us. They’re recognizing how engaged she is and how much she’s bringing to the project. For Maddie to claim her own space on a team like that is something I really admire about her.”

Phillips and Marriott hope their work will help scholars better understand Stowe and the state of communication and news during her time, and inspire more conversation around great writers and their engagement with the world around them.