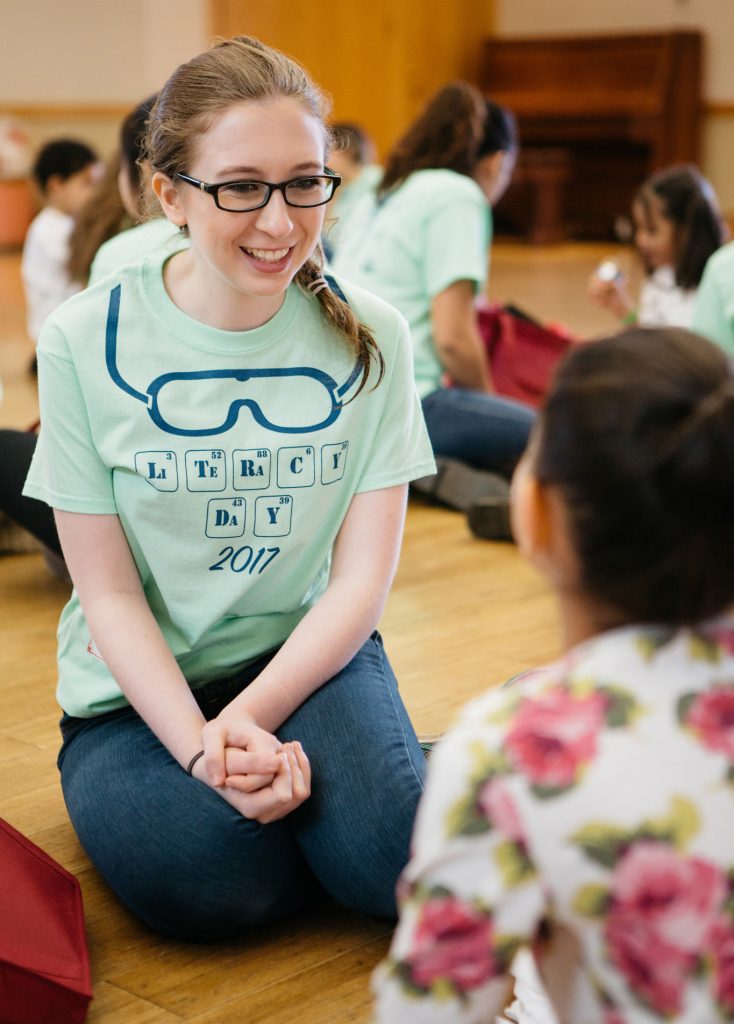 The singular theme running throughout Erin McKenney’s passion for introducing girls to STEM careers is to assure them they can do anything.

“People need to know that their place in the world is anywhere they want it to be,” says the 19-year-old member of Lafayette’s Class of 2020.

Growing up in Londonderry, N.H., McKenney was taught to respect everyone’s voice. More importantly, she was taught to listen for missing voices. She began to question when she discovered conversations in which some were not welcome to participate.

This thought process, her concern, and a need to act comprise the fiber of her being. For it, she recently was named among the British Broadcasting Corp.’s BBC 100 Women 2016.

The news organization discovered McKenney after she created the Curiosity Science Program as part of earning a Girl Scout Gold Award in 2016. Her goal was to help young women build self-confidence and explore their interests through hands-on lab activities.

“Teaching a girl that her voice deserves to be heard is the most valuable lesson she can ever be taught,” she told the BBC because—even today—society still stereotypes by gender.

She cites several studies that explain the reasons girls shy away from or are left out of conversations on science, technology, engineering, and math (STEM) topics and careers.

“Experts say teachers are afraid to criticize young women because gender stereotypes indicate girls are more sensitive and may cry in response to feedback,” says McKenney, who plans to double major in psychology and anthropology & sociology.

Boys “can take it,” and teachers perceive them to be tougher, she says, so the boys in the class can be coaxed to think beyond an initial idea. Girls must build the same confidence.

“If girls are not similarly challenged, they will not learn” or strive to learn more, she explains, which is why only 29 percent of workers in STEM fields are women. 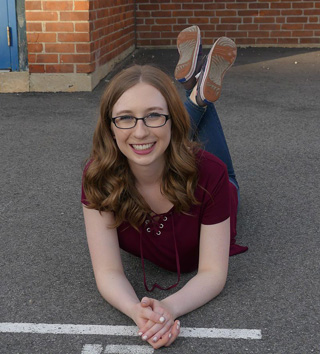 The Curiosity Science Program solicits letters from female scientists including technology experts, engineers, and mathematicians around the world. The girls in the program gain inspiration from reading the letters and then are motivated to participate in lab projects that build their confidence.

“I wanted to introduce girls to science and engineering with technology and mathematics incorporated as it progressed, in a way that would be hands on and girl driven,” she says. “There is no job that is masculine or feminine. The only thing that really matters is that the girls are doing something they believe in. Then they fall in love with learning.”

For true progress to be made, we must involve everyone in solving difficult issues, she says. The entire community suffers when half of the voices are silent.

Consider the issue of breast cancer.

“Dr. Jemison believed this was because it was a ‘women’s disease,’ and men did not fully understand the potential distress related to radical mastectomy, which years ago was the only treatment,” she says.

When women became more involved, more treatment options were discovered, and patient preferences were given more attention. Women-researched treatment options developed into others that helped a wider range of gender-neutral cancers, she says.

The extension of McKenney’s thirst for inclusive conversations and a cohesive community led her to choose Lafayette College. And it’s the best place to hone her leadership skills, she says.

The Lafayette community also offers her a great place to interact with peers and friends, and her professors have great passion for what they do, she says, which, in turn, develops her curiosity.

“They help me fall in love with what I’m learning.”