Every day clouds wander by, whether noticed or not. Some days they’re as lurid as a smokehouse while on others they’re as sheer as strips of muslin.

Looking outside at clouds, the meteorologist sees air pressure. The environmental engineer sees the water cycle. The artist, though, sees wonder. What is that? How did it come to be?

Painting as a Window

Tapping into that childlike sense of wonderment, Pedro Barbeito, assistant professor of art and director of Experimental Printmaking Institute, leveraged his process-oriented approach to art to understand clouds. In 1997 as the world began to shift from analogue to digital, science content blossomed on the new worldwide web. 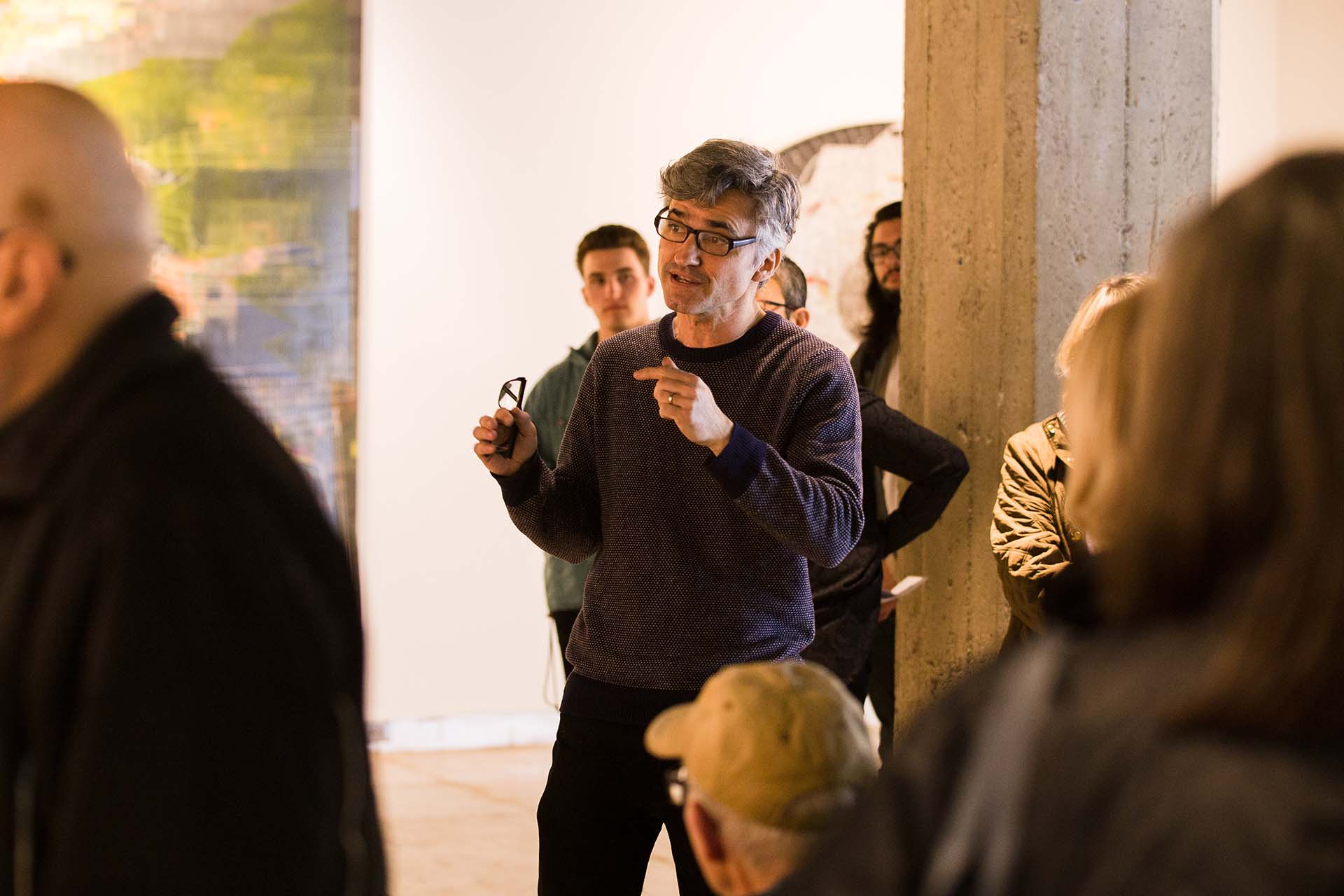 “This was a time when the Hubble Space Telescope was beaming us images of the universe on a macro scale while the CERN particle collider was recreating primordial matter on a micro level,” says Barbeito. “We were only then beginning to see what had only been theorized.”

Taking still images from a video on how clouds develop, he plotted data onto canvas, translating each picture at different resolutions by layering acrylic paint with homemade painting tools that mimicked instruments of science.

Barbeito made Simulated Cloud Volume in Space and Time. 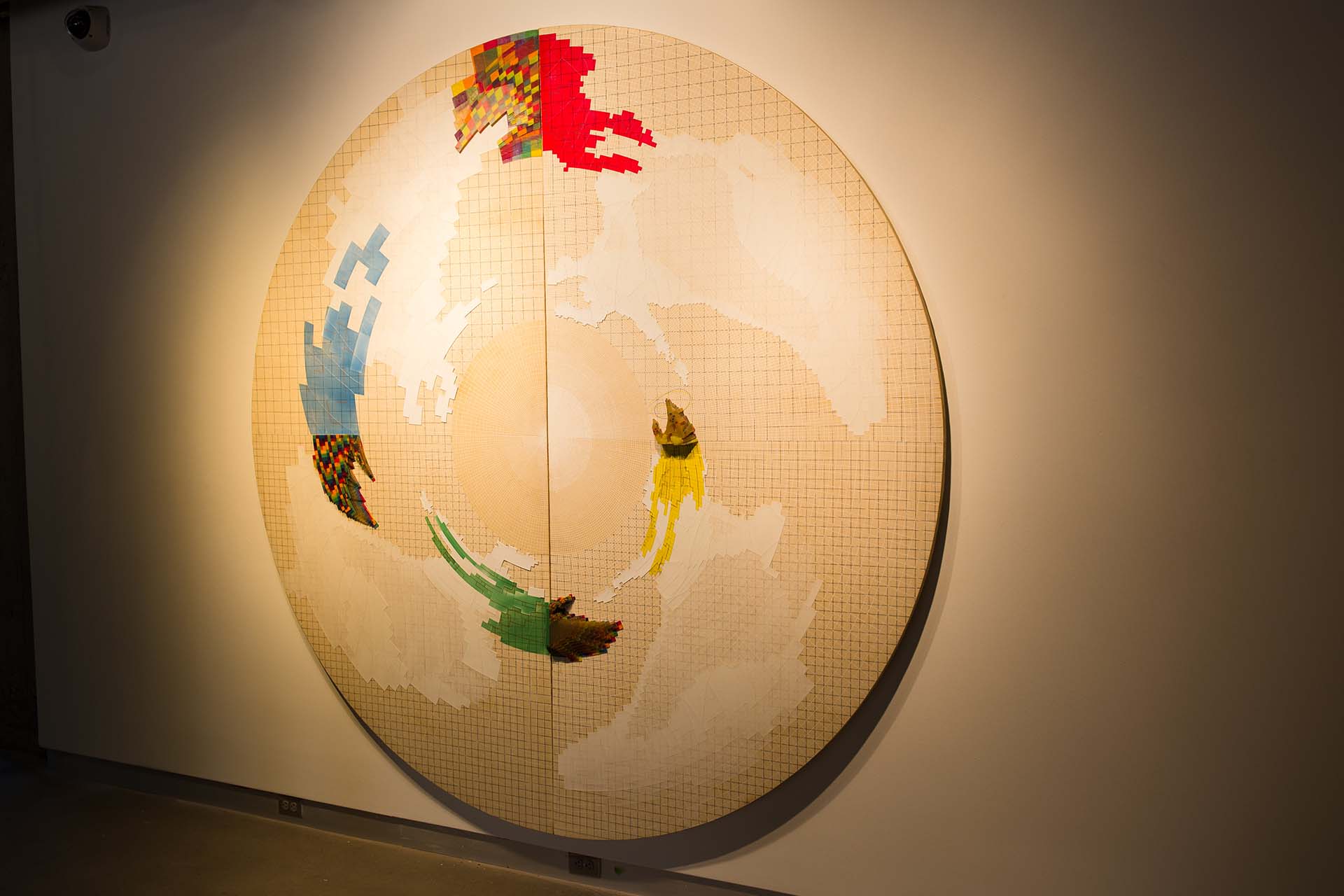 “It is not an abstraction of a cloud,” he says. “It is a data-filled representation.”

It was the first painting he exhibited in New York City at a show called Artist’s Choice where known artists selected works by young artists. Famed photographer Laurie Simmons selected Barbeito’s piece. Boxed for nearly 20 years, that piece is on display along with other works at the Grossman Gallery in Williams Visual Arts Building at Lafayette College through April.

Painting as a Wormhole

Traveling through time and space, other works in the exhibit also layer meaning. Fighting Yank, made in 2007, takes a golden age comic hero and layers it with violent video game imagery and news images from the Abu Ghraib prison during the war in Iraq.

“From the 1970s through the 1990s, video game development was done in collaboration with weapons development,” says Barbeito. “We were training our young men to hate the enemy and be better equipped at fighting. It’s similar to 1940s superhero comics that advertised BB guns on the back page.” 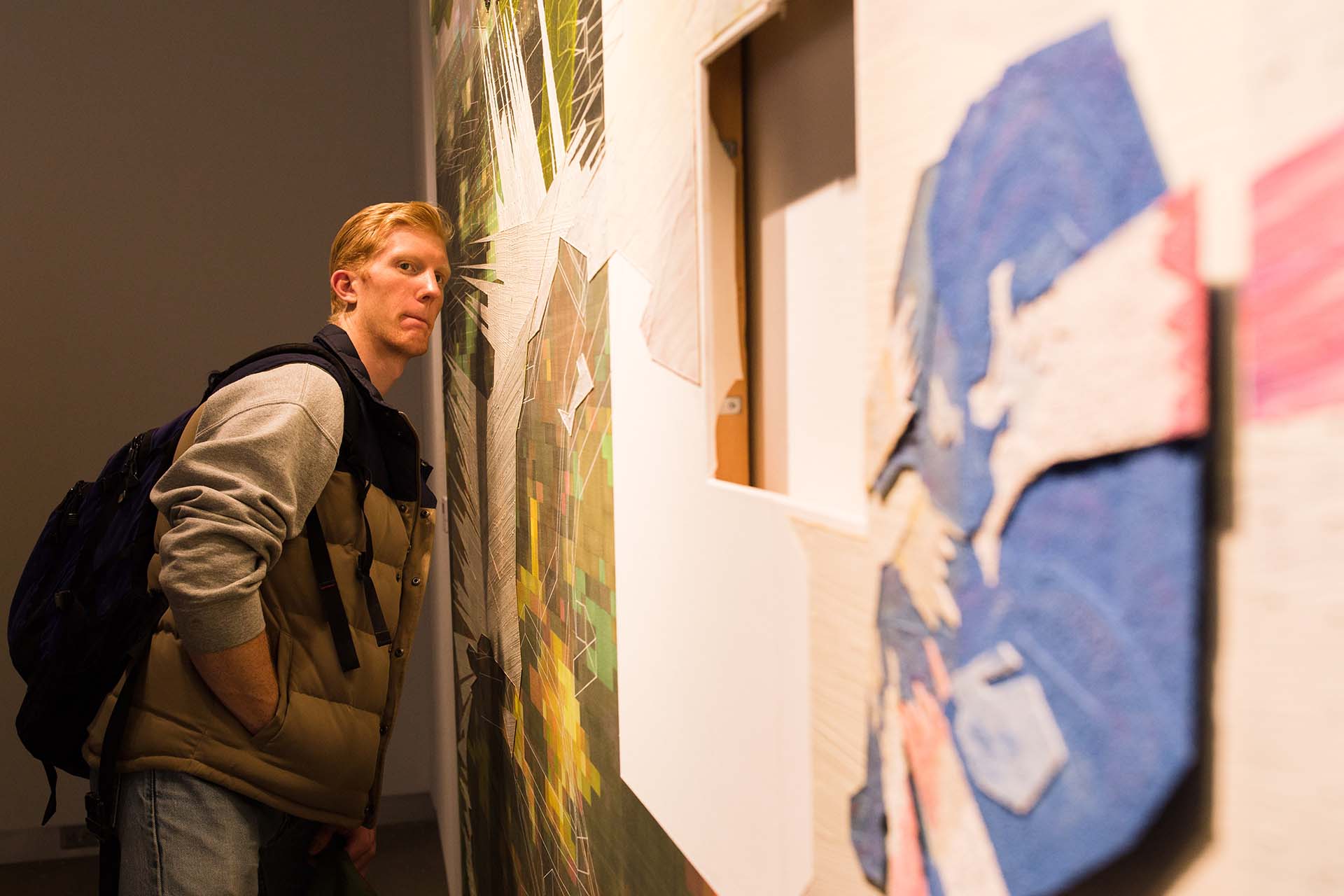 Barbeito sees his work as a vehicle to bridge time and space, blending art history with game systems—how an image can add language to the history of painting.

Another piece titled Wormhole combines landscapes: a Joachim Patinir painting from the 1500s with figures from a 1700s Francisco Goya painting and digital landscapes from a 1990s video game called Marvel vs. Capcom.

Painting as a Separate Layer

His new work has him dropping the rules to engage questions about what a painting can be. These works follow the influence of Zero Group Artists as the canvas becomes an architectural layer, an opening to the life and space behind the canvas.

3D-printed elements rise off the canvas or even stand alone on the floor, undulating like a nebula in space. 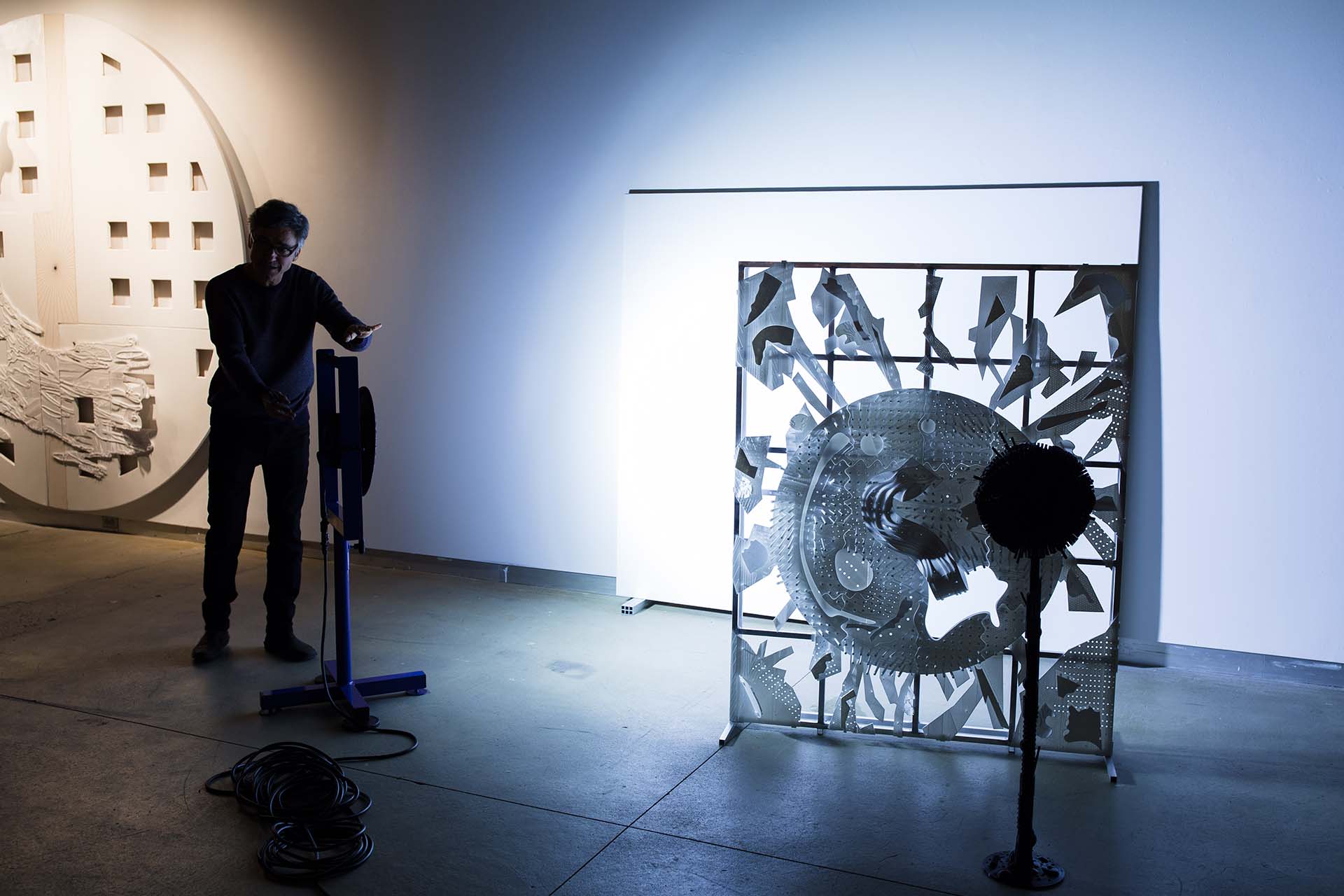 Light bounces off or passes through, around, and behind. Dark sculptural orbs stand in relief and absorb light.

“I can open up another dimension and build what couldn’t be built with acrylic paint,” he says. “I can serve as the composer instead of translating something precisely. As I walk this room over the last 20 years of my career, I can see the transition here; it’s an evolution that makes sense to me.”