Art and science originate from the same root according to Ed Kerns, Eugene H. Clapp II ’36 Professor of Art.

“That root is observation,” he says. “Leonardo would dissect bodies in the morning to learn the secrets of anatomical structure and paint from nature in the afternoon.”

Kerns is speaking with students in his Introduction to Painting course. “Thomas Aquinas, one of my favorite philosophers, says, ‘There is nothing in the intellect that did not start in the senses,’” he says.

“SciArt is a growing connective among academics and artists who desire a format to discuss powerful ideas otherwise not in play in the individual disciplines,” Kerns says. “This organization of knowledge is horizontal, a way to combine theory, application, and to intensify the observation.”

He has welcomed two guests to his class who feed from this same Sci/Art taproot: Taney Rongier and Dan Hill. They presented their recent work and the thinking and processes behind that work.

On the faculty of School of Visual Arts, Rongier is focused on cognitive science after learning that over 90 percent of thought is unconscious. “Decisions are made without our ever knowing,” she says. 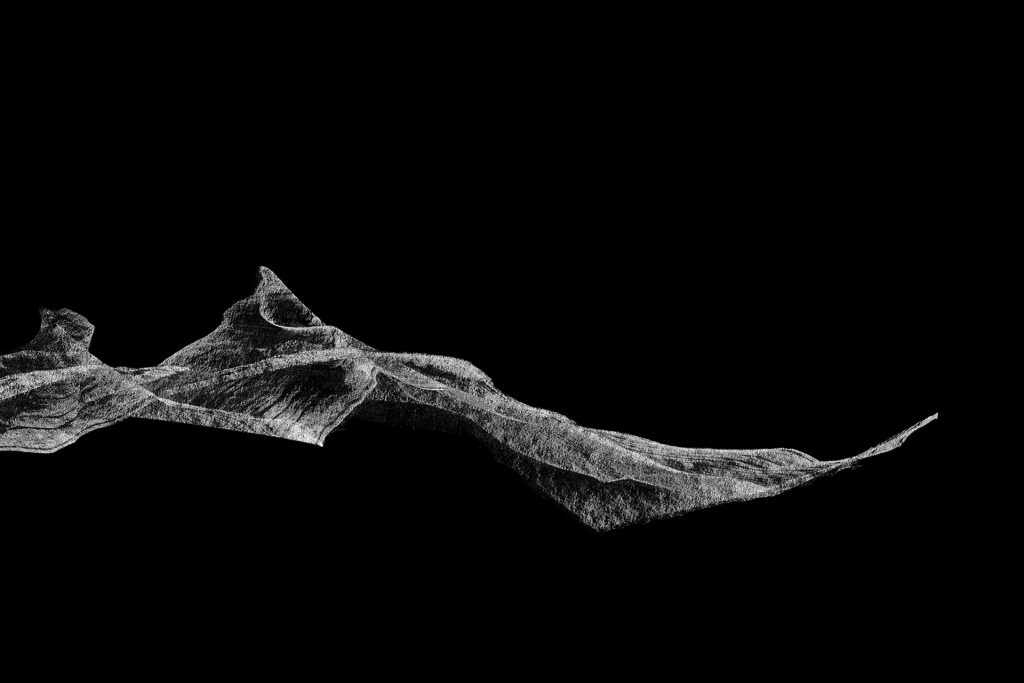 Presently, Rongier is working with gesture drawing—quick compositions made in as little as 10 seconds. Rongier first draws, then scans the drawings, enlarges them, inverts them, laser-etches them in lucite at a makerspace, and then paints them silver.

“The images started to look like glyphs, calligraphy almost,” she says. “Something I could feel in my body and then form an extension of my body.”

Hill is a painter and sound artist who has worked to make his paintings move more like sound and his sounds stand still like paintings.

He has built rules, processes, and systems for his art practice in an attempt to bridge science, art, and meditation. Sitting for hours with a squeeze bottle of paint, Hill makes intersecting lines and shapes that look like interference patterns in nature (think butterfly wings or tiger stripes) or cymatics (vibrational soundwaves).

“Art is a vehicle of seeing and making to help us know ourselves,” says Hill. “What is done with our hands imposes order in the brain and improves our quality of thought.” 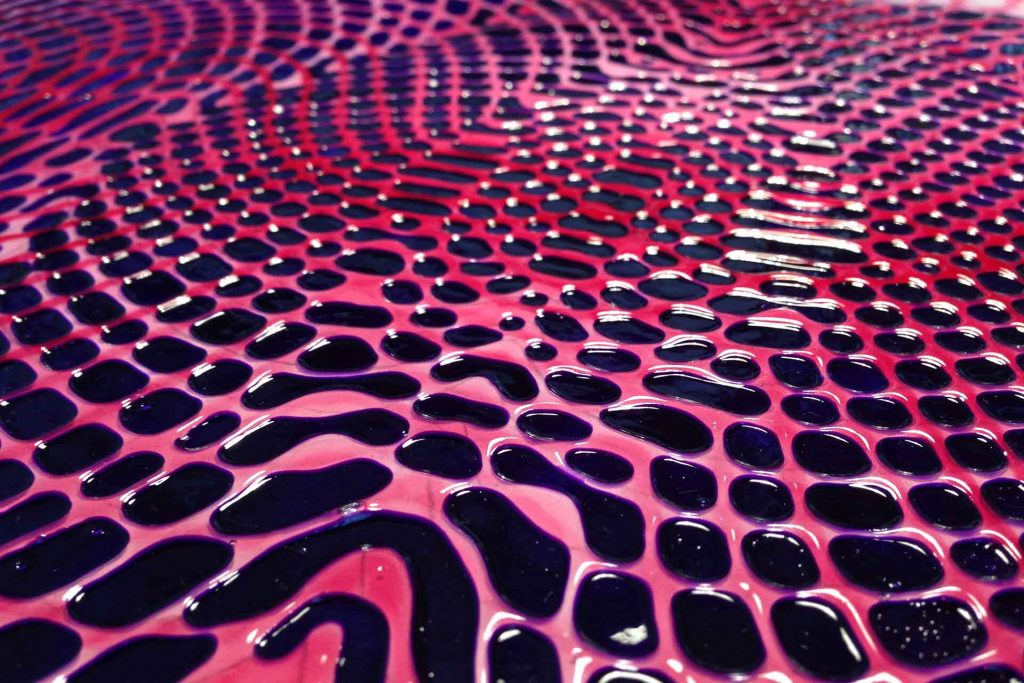 Kerns explains further by adding, “Our minds and bodies are instruments of perception. We can paint the idea of a teacup, but art at its best moves us closer to a state of flow where we move away from just simulating an idea and to helping our mind and body rediscover its capabilities. That’s when art becomes less about identity and subject and more of an equation, the tangible remains from the process of thinking.”