Following a tragedy we all want to understand the “why” and begin a search for meaning.

But they do if you are involved in geek theater plays working to transform the idea of what being a geek means. 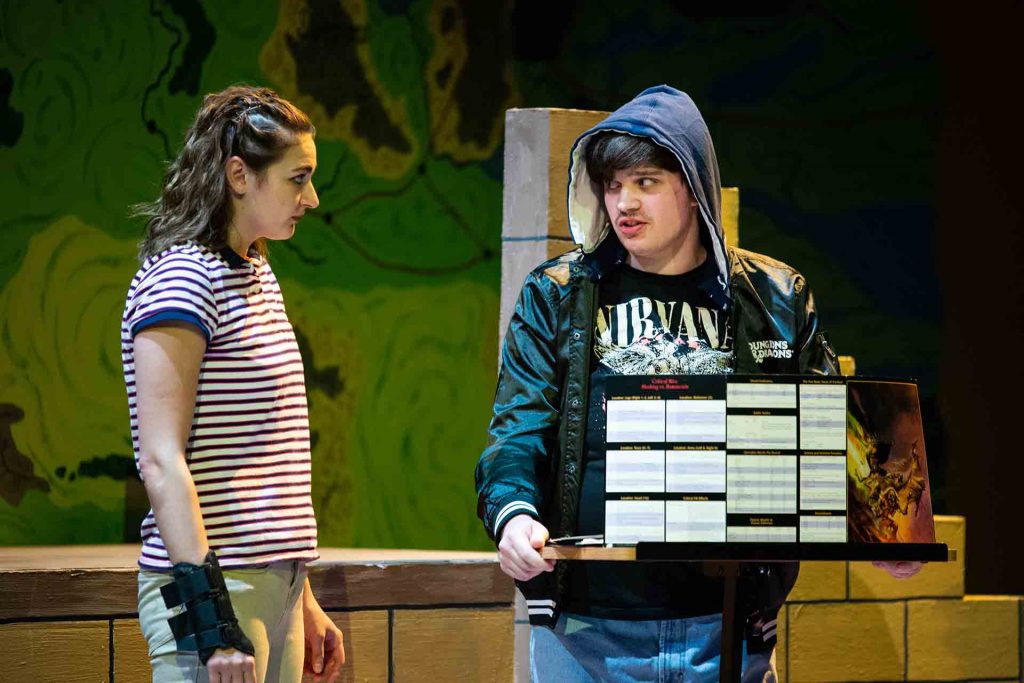 She Kills Monsters by Qui Nguyen epitomizes geek. Set in 1995 in the world of Dungeons and Dragons (D&D), the play follows Agnes, high school teacher in Ohio, as she copes with the sudden deaths of her mother, father, and sister Tilly in an auto accident. She and Tilly had little in common, so Agnes’ quest takes her into Tilly’s world of D&D, where she learns both more about her sister and how to wield a sword.

Fight choreographer Brad Lemons is helping the cast learn how to hold a weapon, carry it, synchronize movements with combat partners, and stay safe.

Agnes, Tilly, and their band of elves and demons are standing center stage at the peak of a triangle. From behind them and upstage left and right, monsters are flooding in. 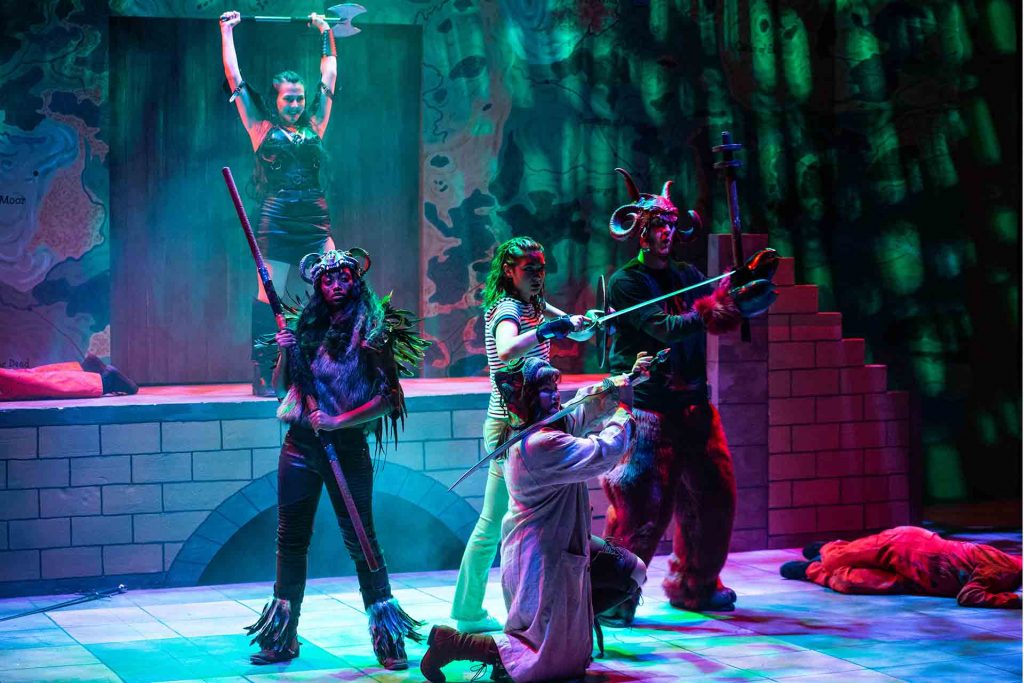 Each fighter slowly moves through a dance, precise steps that include lunges, turns, ducking, and swinging. They are making eye contact, locking the motions into muscle memory, and releasing with sound.

Combat is a story, and that story is about it looking and sounding real.

The cast is grunting as they take a blow and screaming as they swing.

They run it over and over, speeding up and refining as they go. 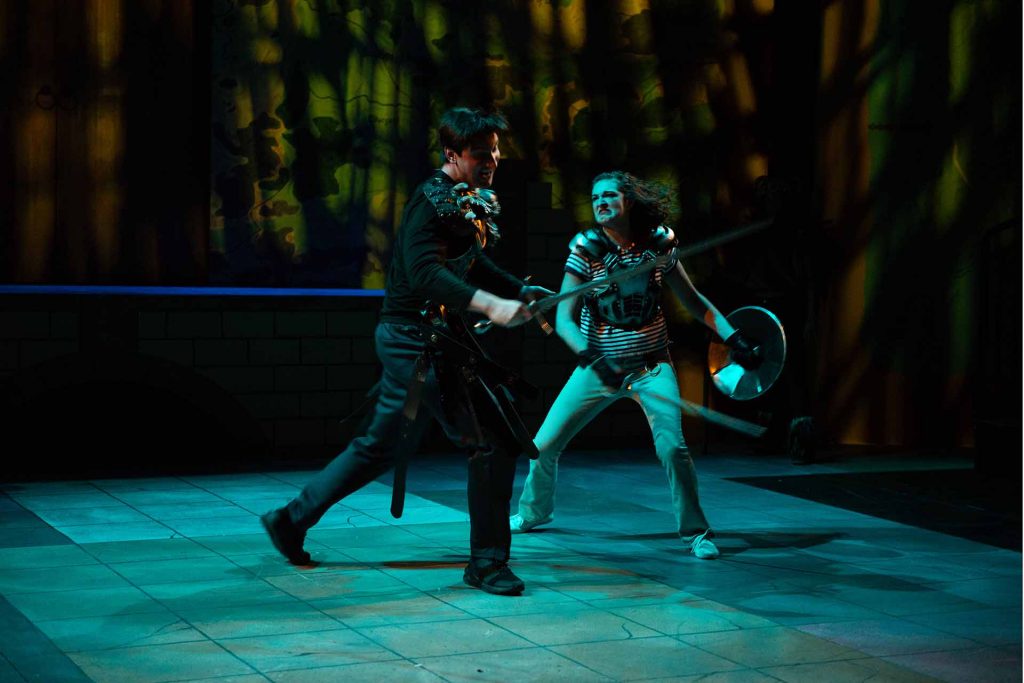 “We have broken the maces several times,” says Jules Holzmann ’19. As stage manager, she is running rehearsal today. Once the play opens, she will run the entire show—costumes, props, and light and sound cues.

Since the show has so many combat scenes, entire rehearsals have been dedicated to battle sequences.

“It’s part of what makes it such a fun show,” she says. “But there are deeper themes.”

Mary Jo Lodge, director of the play and associate professor of theater, loves female action heroes. She lists Xena: Warrior Princess, Buffy the Vampire Slayer, and Princess Leia as favorites. Little contemporary or classical theater, however, combines any kind of action with  combat, at least for female characters.

“This is such a great opportunity for female leads to be unapologetic for being powerful,” she says.

That’s why so many people auditioned. The play attracted students who wanted to play those parts. 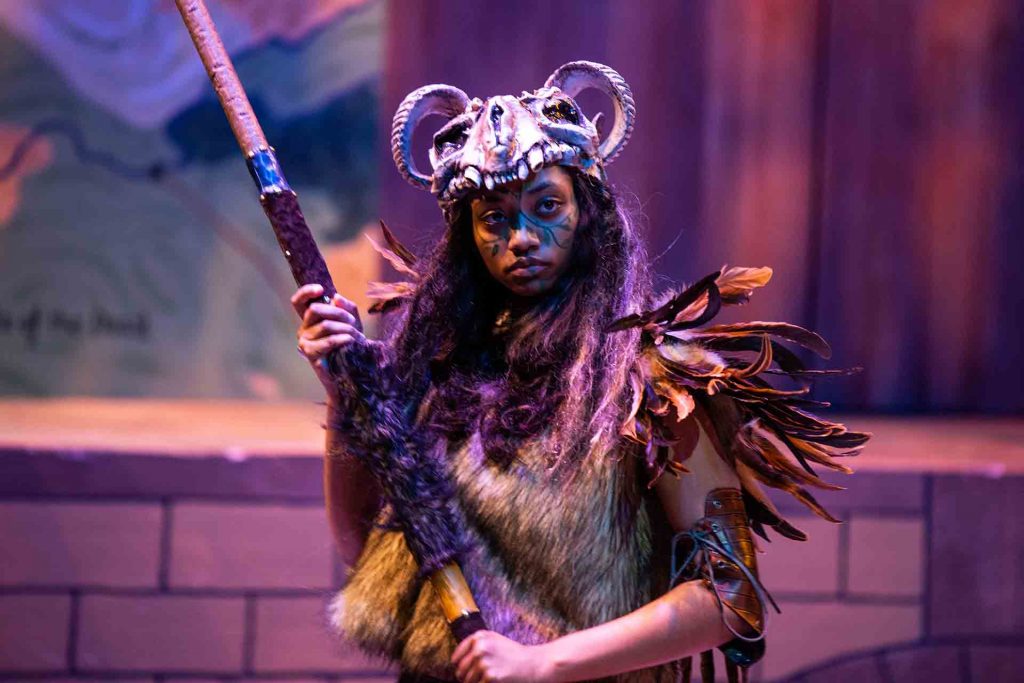 The story is less clear when considering the quintessential theater masks of comedy or tragedy.

“Agnes is coming to terms with her sister’s death and over the course of that journey, better understands her sister,” she says.

Understanding is a loaded word as Agnes bonds with Tilly, discovers she is a lesbian, uncovers how Tilly was bullied when she was alive, and finally meets the cohort of friends who loved her just as she was. 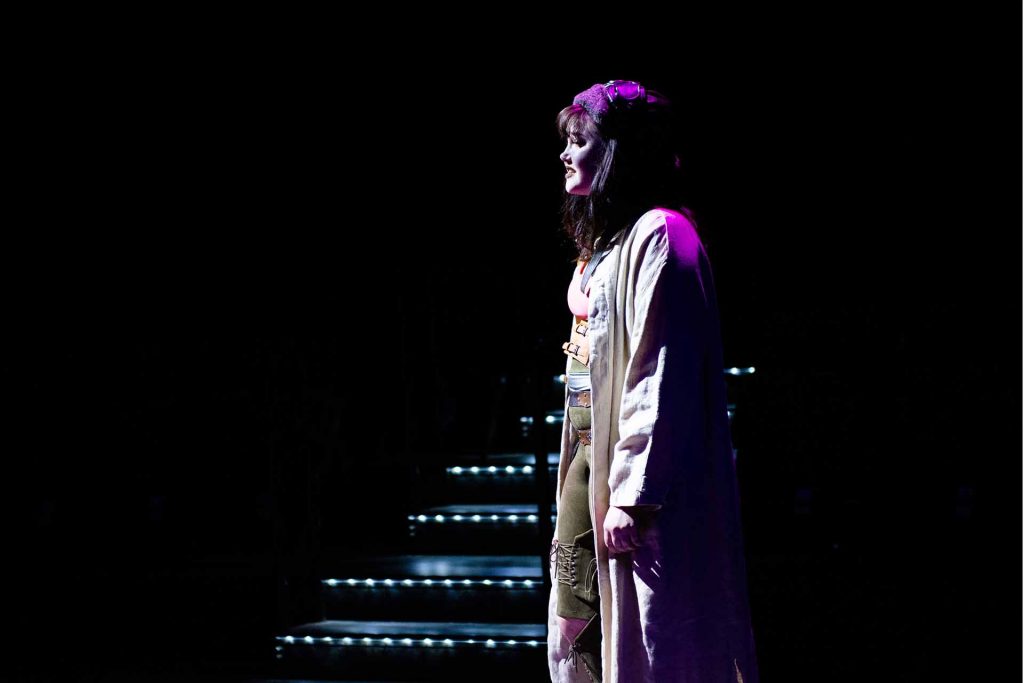 “What’s hard for Agnes is how deeply she comes to know her sister, but in the end, Tilly is still gone,” says Lodge. “It’s still a profound loss, but the story makes clear that there is still hope, and Tilly will not be forgotten.”

This mix of heart and brawn attracted Paris Doherty ’21 to the role of Tilly.

Her dedicated weapon in the show, which she loves, is a katana, a curved sword associated with samurai. While she has been exhausted and bruised from the rehearsals, she’s found the show empowering.

“I have experienced bullying,” she says. “What we see in the show is more extreme, but I can understand how hard it is to have a weakness exposed.” 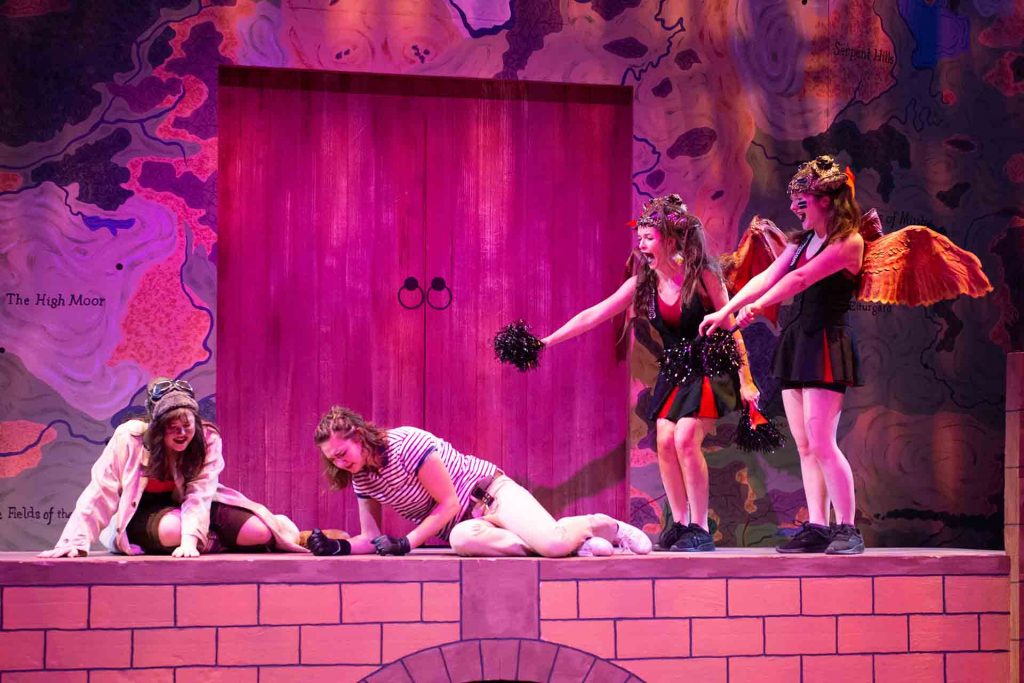 Doherty thinks classmates and audience members will relate to the story with hope.

“We all have had to fake it until we make it,” she says. “We learn to hold our heads up high, put on your favorite shirt, and do the things you love without compromise. True friends along the way hype you up.” 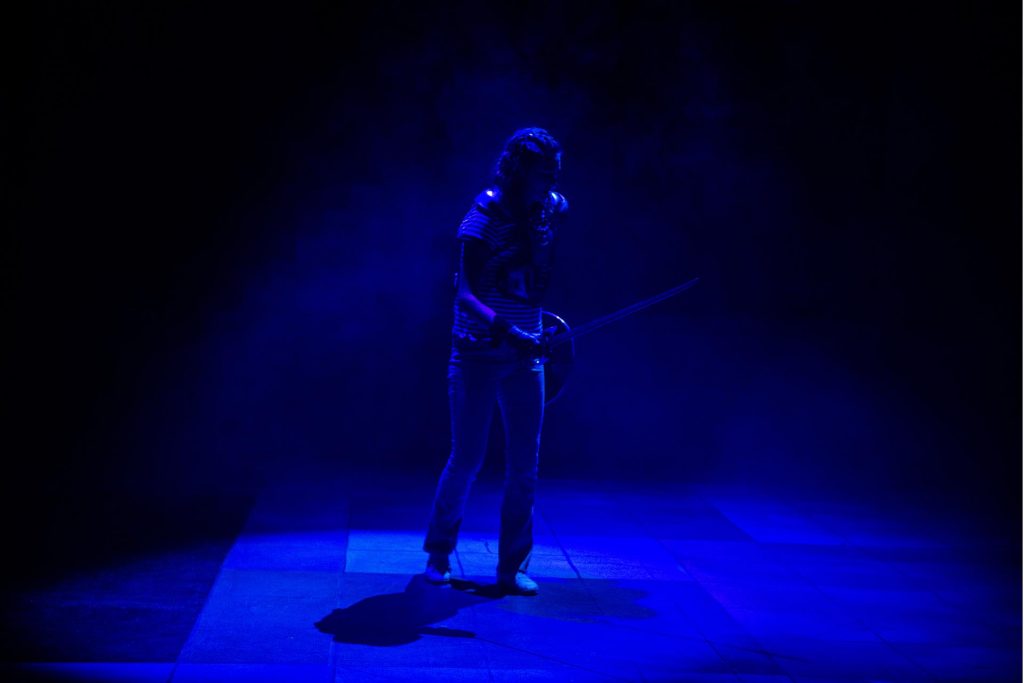 Categorized in: Art, Faculty and Staff, Featured News, Humanities, News and Features, The Arts, Theater
Tagged with: The Arts