Cur Non, the motto of the Marquis de Lafayette, is our rally cry. It means “Why not?” and it’s within that spirit that students are encouraged to ask themselves, “Why not explore? Why not engage? Why not take risks?”

To celebrate all they have accomplished during their time at Lafayette, we asked the 2020 Pepper Prize nominees to share these Cur Non moments with us—moments that made a lasting impact on them, and that will influence their next steps. 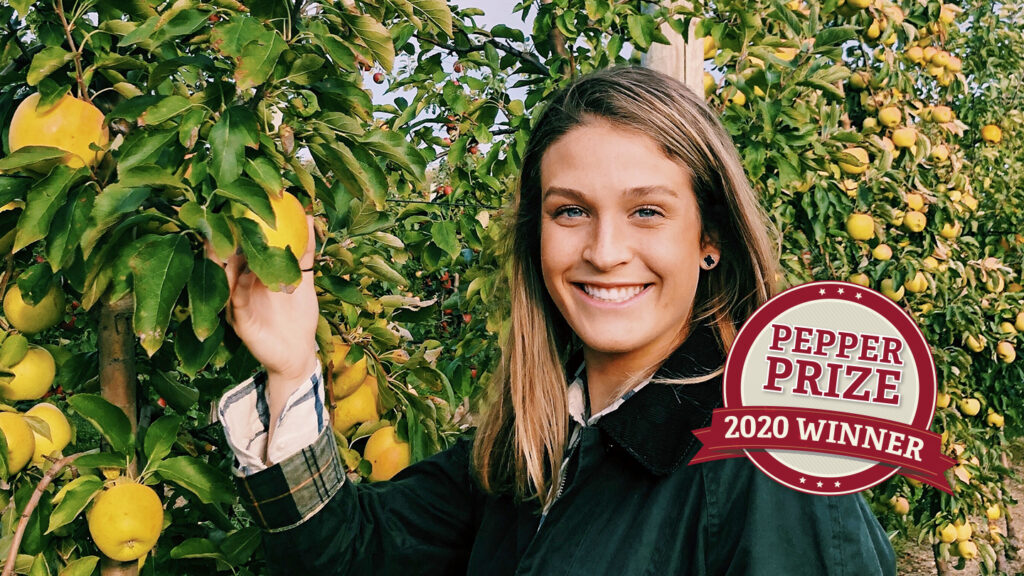 Coming to Lafayette was a big moment for me; I could be whoever I wanted to be. I found myself confronted with a big decision: Did I want to move toward a legal career or dedicate my life to serving my global community? Sophomore year, I decided to apply for an internship with the U.S. Department of State, and that choice would ultimately become my Cur Non moment. I knew these internships were hard to get, but I took a gamble, and my prize was a summer of learning, growing, and finding myself and my future ambition at the U.S. Embassy in Costa Rica. I returned home from a summer of traveling, speaking Spanish, and serving my country, sure of what direction my life would take. I now know that I want to have a career in foreign policy, and I am forever grateful for my experience for opening a future of possibilities that I never knew existed. —Joslyn Brodfuehrer ’20 (international affairs, government and law) 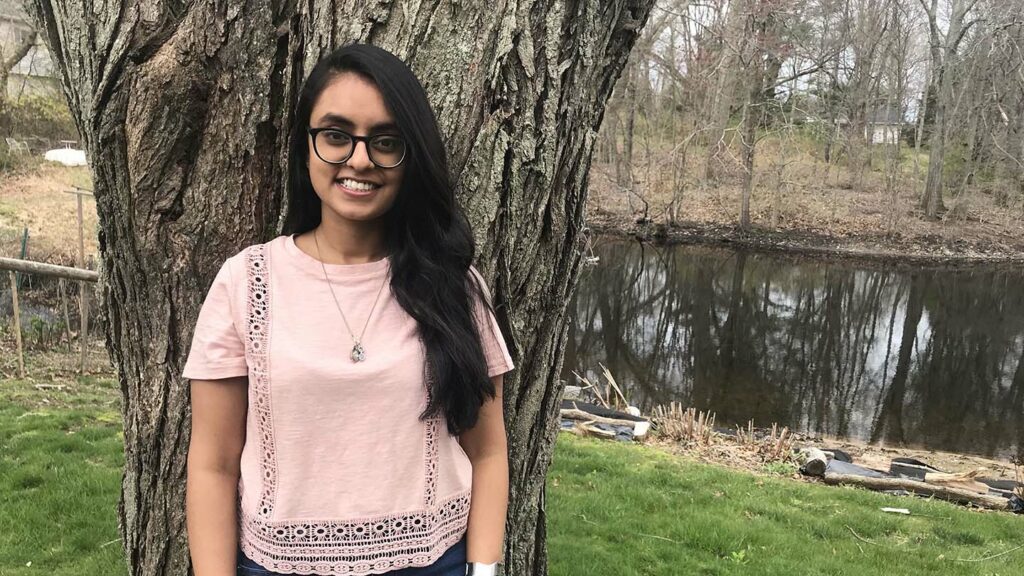 I was at the Grace Hopper Conference in 2017 looking for internships and had two offers: one from a well-respected bank and another from a gaming company working on a football game. It was clear to me that the gaming company was a better opportunity, even though it was lower pay. However, I was worried I would never fit in given the technology industry as a whole, and the gaming industry’s particularly infamous reputation in regards to the inclusion of female software engineers. After many conversations with professors and mentors, I decided to take a leap of faith and intern at the gaming company because “Cur Non?” I am so glad I took that risk because I realized I could carve a space for myself and others in the gaming industry. Now, after two internships with different games, I am excited to rejoin the company full time. —Trisha Agarwal ’20 (computer science) 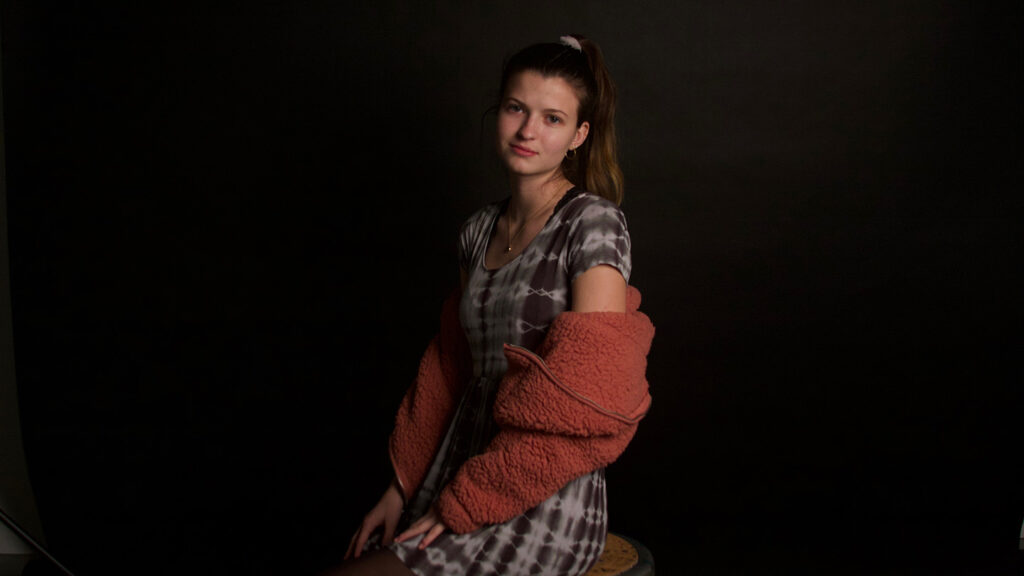 My biggest Cur Non moment was moving to Kyrgyzstan to teach English the summer before my junior year. I worked with a nongovernmental organization I found online. I lived with the founder and her family in a small house in southern Kyrgyzstan, in a place called Osh. Before it happened, the entire idea seemed so implausible. The trip required air travel on tiny Soviet-era planes to live with a woman whom I had never met. Inspired by the Marquis’ motto, I took a leap of faith—and the results were so rewarding! I returned with an appreciation for Central Asian culture, improved Russian language skills, and friends I still keep in touch with to this day. —Tedi Beemer ’20 (government and law, Russian and East European studies) 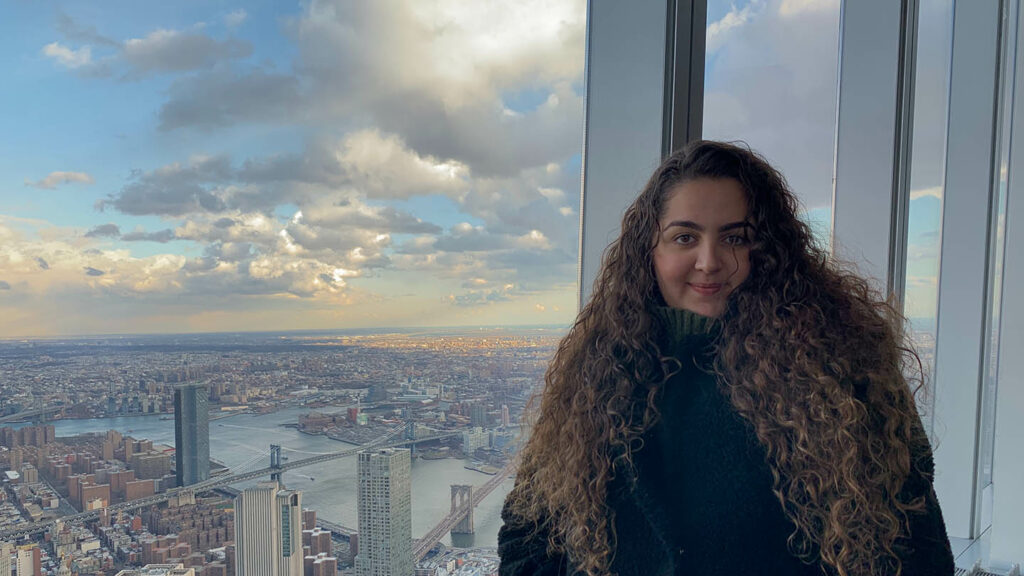 I was chatting with Professor William Bissell in his office at the end of January last year about potential thesis topics related to my birthplace, Beirut, Lebanon, when I made an offhand comment about how cool it would be to conduct my own ethnographic research for the thesis in Beirut. He chuckled and handed me a copy of the anthropology and sociology department’s call for proposals for the Ethnographic Research Fund that he had printed in preparation for our meeting. After describing the research grant and that I could apply to use this fund to travel to Lebanon over the summer to pursue my own ethnographic research, Professor Bissell asked me if I would be interested in putting in a proposal. I was hesitant because I was unsure if I could really pull off my own research project abroad, but said yes in the most Cur Non manner. Over a year later, I am finishing up a thesis built upon the fieldwork I did with grant money from the Ethnographic Research Fund with Professor Bissell as my adviser. This was my most defining Cur Non moment at Lafayette because it gave me the opportunity to take on a project that made undeniably clear to me that I had found my home in anthropology. —Ayat Husseini ’20 (international affairs, anthropology and sociology) 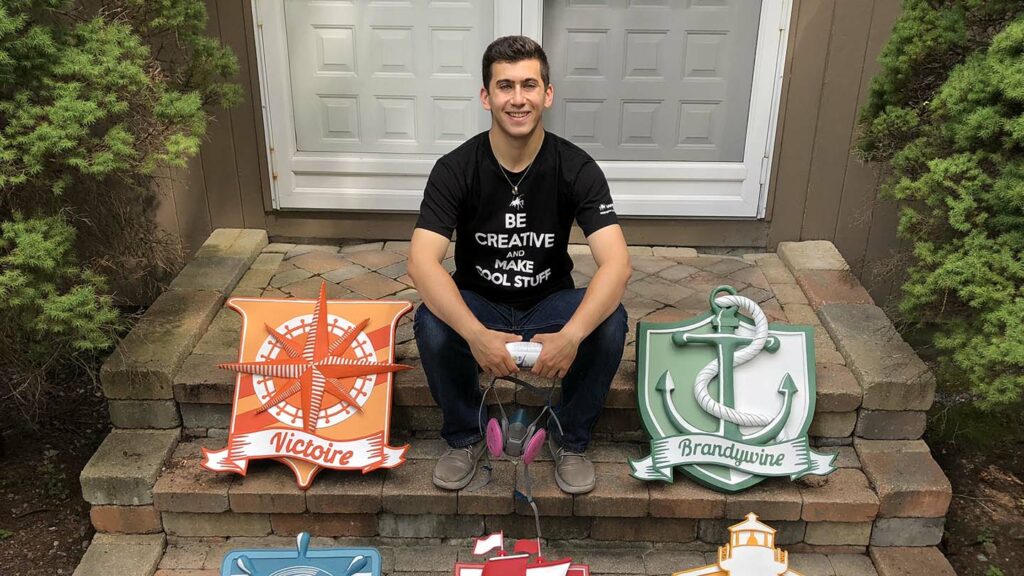 My most defining Cur Non moment was the decision to sculpt the Alliance commons emblem, which led to my selection as a CaPA Scholar. As I interacted with the relatively new commons system my freshman year, the design of the emblem representing my own commons, Alliance, caught my eye. I returned home that winter break with a profound desire to sculpt it as a decoration for my dorm room, driven by a true ‘“Why not?” attitude. Once back on campus with the Alliance emblem in hand, a series of meetings with Brandon Morris, [former Dean of Students] Paul McLoughlin, and Professor Nestor Gil transformed this personal project into both a partnership with Lafayette and a four-year scholarship within the CaPA program. Knowing that the complete set of five emblems will be installed on campus to bolster the commons system is, in my opinion, a fitting legacy tying into what inspired me in the first place. —Dan Goodman ’20 (biology) 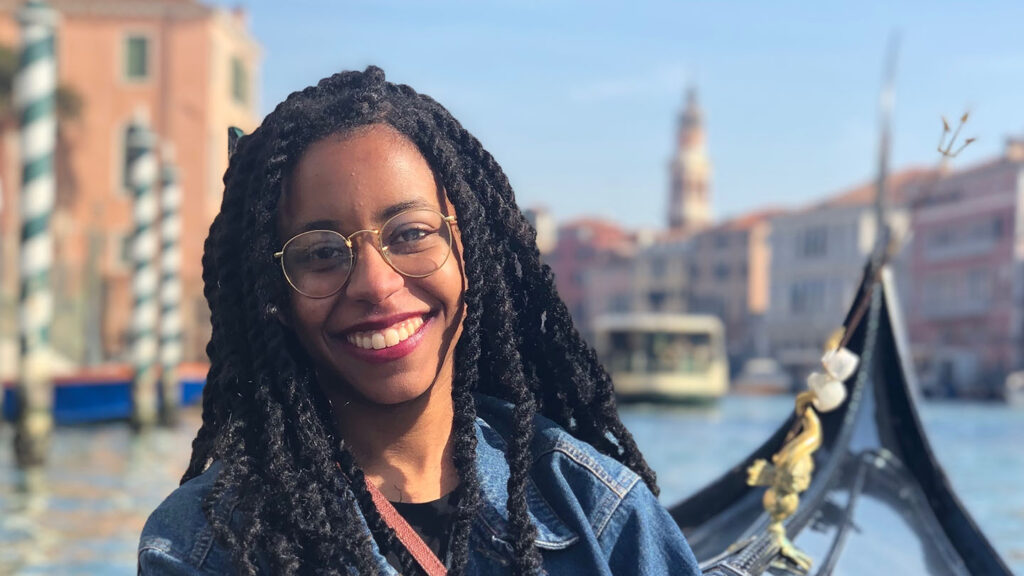 My Cur Non moment was when I decided to go abroad for the year. At the time, I was planning on doing a double major, and I knew that if I were away for the year, I wouldn’t be able to do both. I took the time to figure out what I wanted my college experience to look like and what I would be proud to look back on. Ultimately, I studied abroad because I knew the skills I would gain learning a new language and delving into different cultures would best prepare me for my career in immigration. The risk paid off, and now I love connecting underclassmen of color to resources that will help them study abroad, from financial aid to getting a visa. —Yazmin Baptiste ’20 (anthropology and sociology) 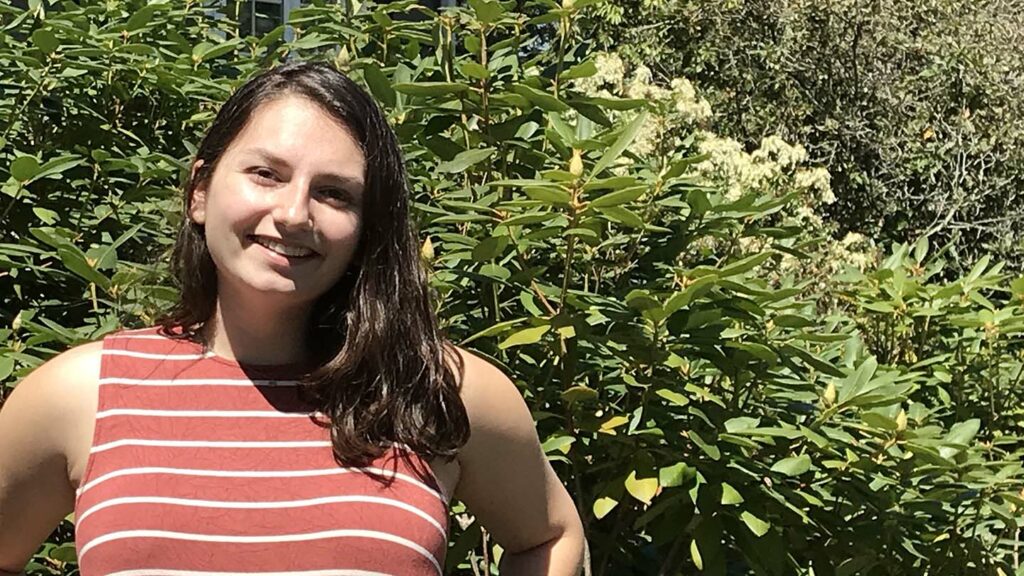 Looking back at my time at Lafayette, I have so many memories of little spontaneous moments that to me embody our motto, Cur Non. One of these moments took place while I was abroad in Granada, Spain, my junior spring. While fluent in Spanish, I was still a little nervous to speak in front of Spaniards. My friends and I went to a feminist open mic as audience members, and despite my normal stage fright, my hesitance to speak Spanish in front of the local crowd, and my absolute conviction that I was not meant to be a poet, I got up on stage and read a poem I had written for one of my Lafayette Spanish classes. Climbing down from the stage, my legs shaking, I had never been more glad to be a Lafayette student. Because, for us, “Why not?” is always reason enough to leave our comfort zones. —Gabrielle Tropp ’20 (history, Spanish) 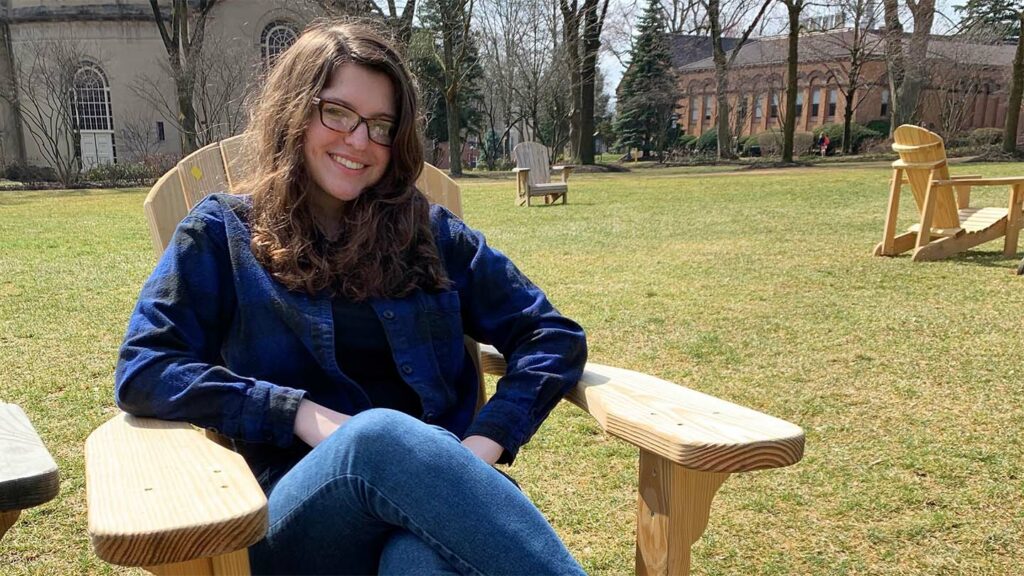 It was sophomore year. I had just returned to my dorm after a grueling biology lab. Sitting down at my desk, my hands eagerly searched for a text we were studying in Professor [Randi] Gill-Sadler’s Topics in Black Literature class. Smiling, I got to work reading the text before my roommate, Simone, interrupted me. “Casey, shouldn’t you take a break? You look exhausted.” I laughed and told her that the work I did for my English classes didn’t feel like work. “I enjoy my neuroscience classes. But my English classes light a fire in me. It’s hard to explain.” In an offhand way, Simone replied, “If that’s the case, why aren’t you majoring in neuroscience AND English?” My world came to a halt. Simone had just solved a problem I didn’t know that I had. I met her eyes and whispered, “Cur Non.” I knew that taking on a second degree would not be an easy task. I also knew that I wanted nothing more than to have degrees in two subjects that I loved so dearly. Because of that Cur Non decision, I have had the privilege of studying under amazing professors whom I now consider to be mentors—Professors [Carrie] Rohman, [Ian] Smith, and Gill-Sadler, just to name a few. I have gotten to mix my two passions in a way that I never would have been able to if I had not been brave enough to wonder, ‘Cur Non?’ —Casey Nevins ’20 (English, neuroscience) 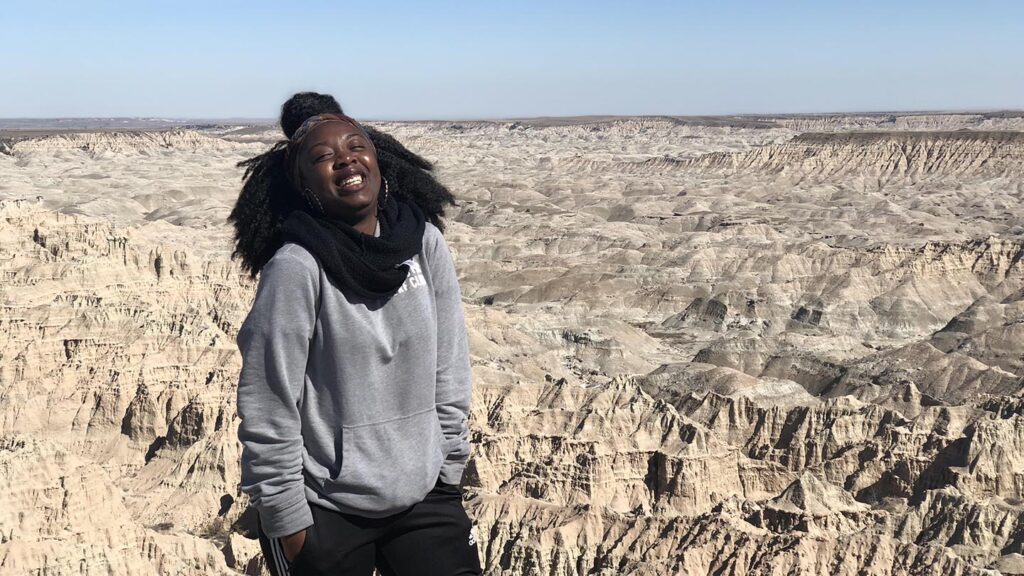 My Cur Non moment was becoming treasurer for the Association of Black Collegians (ABC) my sophomore year. I never ran for any board position for ABC, so becoming treasurer was never a part of the plan. I found a conference through a friend of mine at Amherst College and thought it would be a wonderful opportunity for ABC members here at Lafayette. So I spoke to the then-president, Khadijah, who graduated in 2019. She told me that ABC needed a treasurer since their current one was studying abroad and asked if I’d be interested. I didn’t know what that would entail, but at that moment I thought to myself ‘Why not just go for it?’ I’m glad I did because I spent almost two years on the board of ABC, and it jump-started a string of leadership roles on this campus. —Princess Adeyinka ’20 (anthropology and sociology, government and law)