Imagine beginning your college career with a ready-made community already in place for you on campus.

In a world where it can take some time to build a connection among the student body, student groups, and students and faculty, Posse Scholars have arrived at Lafayette since 2001 trained in small diverse groups of peers with a similar passion, skillset, and the determination needed to succeed.

“These students have demonstrated differing types of leadership throughout their high school years, and they’ll continue that leadership on this campus. They bring their gifts, skills, and personalities to these roles,” says Michael Olin, Posse liaison and dean of advising and co-curricular programs. “The idea of having them together from day one—actually even before the first day they step foot on campus—and then together for all four years, there are definitely indicators that it helps students persist and succeed. They have some of the highest graduation rates on campus.”

What does it mean to be a Posse Scholar?

Since 1989, the New York-based nonprofit Posse Foundation has been identifying, recruiting, and training seniors from metropolitan high schools who show personal potential and may be overlooked by traditional college selection methods. The goals of the Foundation include expanding the pool from which top colleges and universities can recruit young leaders from diverse backgrounds; Posse then works with those institutions to build campus environments that welcome people of all backgrounds.

Each selected Posse Scholar goes through a rigorous process to be selected, including submitting a paper application and attending large group and individual interviews.

“The students identify what their top college choices are, and then in the fall we send a group of five faculty and administrators to New York and then to D.C. for the final Posse selection,” says Olin. “There are usually around 24 students in that final group, and then we have to narrow it down to 10. It is very competitive, and throughout that entire process is when they start to bond.”

Aside from New York and D.C., Posse recruits from eight other cities across the U.S.: Atlanta, the Bay Area, Boston, Chicago, Houston, Los Angeles, Miami, and New Orleans. Today, 58 partner colleges and universities award Posse Scholarships each year. Groups of 20 (10 from New York and 10 from D.C.) arrive at Lafayette each year, with 80 Posse Scholars on campus at any given time. 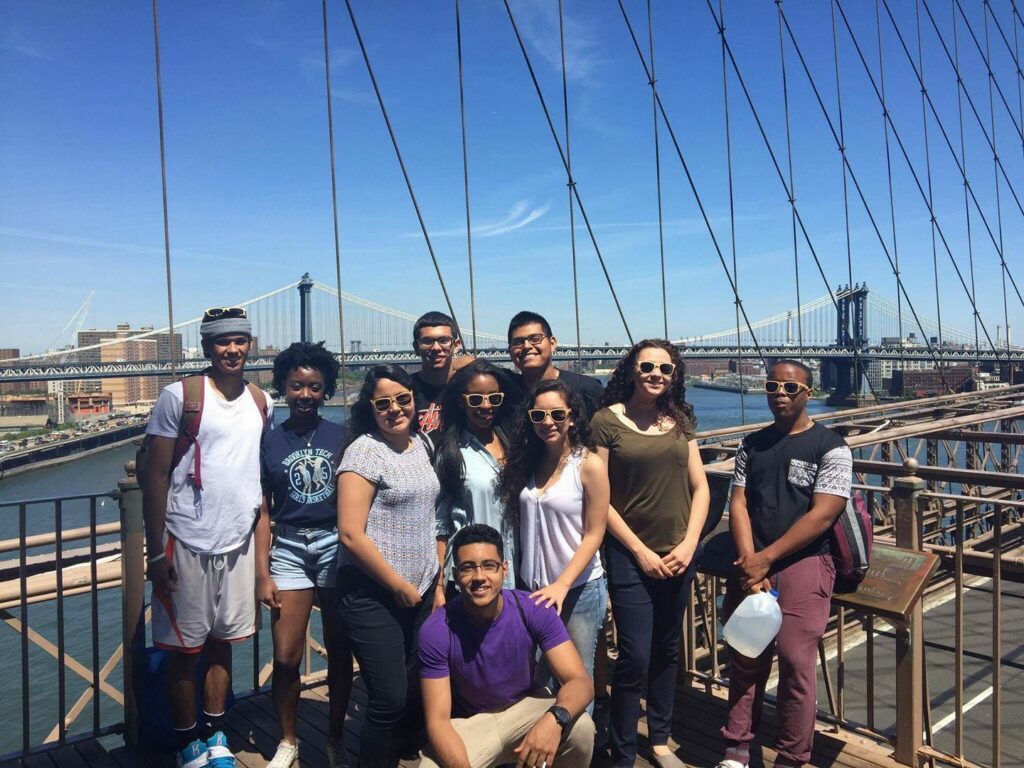 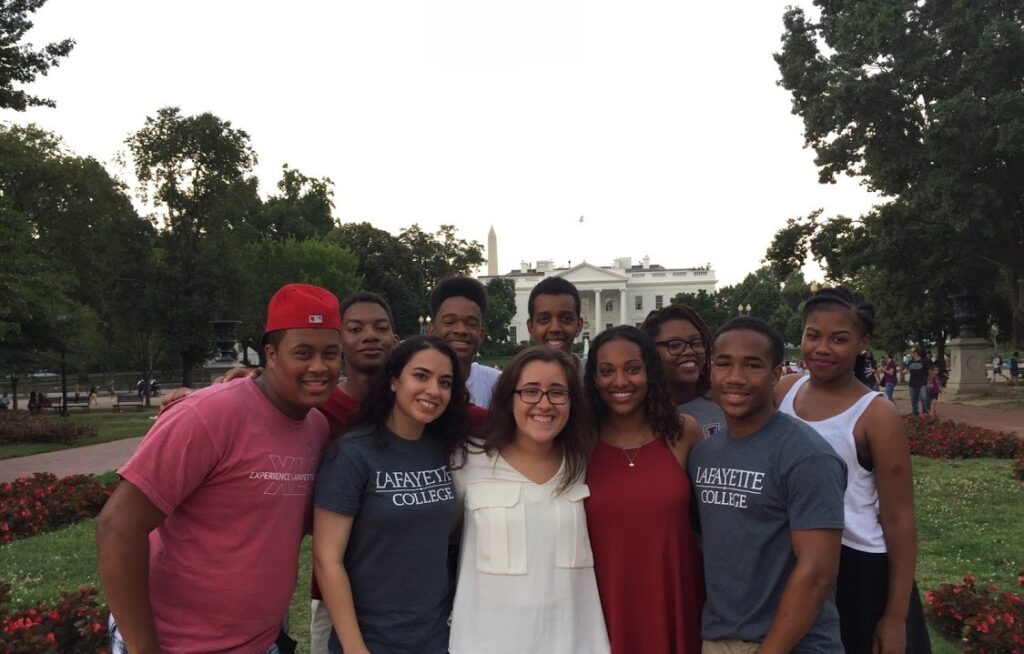 Critical to Posse’s success at Lafayette is the work of on-campus mentors. Each mentor meets weekly with Posse scholars as a team and meets with individual Posse Scholars every two weeks during their first two years on campus.

One of those mentors, Robert Young ’14, director of intercultural development, knows exactly what these students are going through because he, himself, was a Posse Scholar.

“Your freshman year is kind of just learning not only about yourself but the institution in your Posse. It’s often when you lead a charge that you learn the positive meaning to your Posse. It could be a topic along the lines of race, ethnicity, socio-economic status, guest speakers, career services, the Gateway Center … it runs the gauntlet. And that connection is so imperative because you come into a space where you’re constantly navigating,” says Young. “To have somebody that you can bounce those ideas off of is awesome. We are meant to be hands-on, engaged, and connected with the students.”

Young points out the average societal pressures that most college-age students face, from getting a return on the investment of their degree to finding a job that is going to earn them the highest level of income. Some of these students may come from first-generation families and may feel themselves pulled toward a particular field of study that isn’t what their family would have chosen for them. As they learn to navigate their own passions, it’s helpful to have not only their fellow Posse Scholars around them, but administrators on campus who they can relate to.

“I noticed that my Posse students were some of my brightest students and students that I enjoyed speaking with the most—students who would come and talk to me and ask for my advice,” shares Neha Vora, associate professor of anthropology. “These are already the students that I serve best on campus, so it felt like a natural extension. There’s this feeling that’s been drilled into these scholars that they’re expected to be a leader on campus, they’re expected to join all of these things, and they’re expected to be visible. Some of them really feel it and internalize that pressure, so it’s helpful that they have resources to fall back on.”

“It’s kind of expected of Posse students to be the top activists on campus, and I think that’s an unfair expectation. Some are, and some aren’t. They’re leaders in their classrooms, and they’re leaders within their own social groups,” echoes Ana Ramirez Luhrs, reference librarian for government and law. “For people in our community who aren’t familiar with Posse, we should be more thoughtful about how we see the program.”

Every year, the Posse Foundation and Posse Scholars facilitate an annual weekend-long Posse Plus Retreat attended by members of the larger student body, faculty, staff, and administration, with the goal of discussing important campus issues that have been identified by Posse Scholars. These topics can be of a personal nature or about larger local or national issues. The idea of the weekend retreat is to create a safe space for dialogue and show that it’s OK for everyone to have different ideas and viewpoints.

The weekend—where Posse Scholars are permitted to bring a guest—includes interactive and dynamic workshops designed to facilitate dialogue.

“As the weekend progresses, they realize how valuable it is to have this intimate space where it feels less like they’re in the minority,” says Vora. “It’s mostly students of color, and they’re with people they mostly know or faculty they’ve had conversations with, and they’re there because they want to be there. They feel more supported, and they also realize these are valuable conversations to be taking back to campus.”

This year’s Posse graduates will be celebrated in a (private) virtual ceremony attended by their families, mentors, and Lafayette administrators.

“The Posse program and community, as a whole, has been and continues to be supportive and pivotal to my growth academically, professionally, and personally. Posse staff, mentors, scholars, and affiliates were all involved in major milestones in my life since becoming a Posse scholar,” says Phillip Harding II ’20. “The Posse community assisted me and motivated me to finish my study in electrical and Computer engineering, obtain all three of my internship opportunities, and a full-time opportunity. I cherish the Posse community and the Lafayette community dearly.”