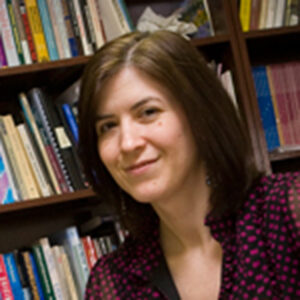 Lafayette recently celebrated the publication of the new book co-authored by sociology professor Rebecca Kissane, Whose Game: Gender and Power in Fantasy Sports, with a virtual launch and discussion panel. The book—which Kissane wrote with Sarah Winslow, senior associate director of the Honors College, director of the National Scholars Program, and professor in the Department of Sociology, Anthropology, and Criminal Justice at Clemson University—draws on a rich array of survey, interview, and observational data to examine how gender, race, and class frame the experiences of everyday fantasy sports players.

“My biggest takeaway is how much gender is fundamental to how fantasy sports are organized, what they mean, and how they’re practiced and experienced by the people who play them,” said Allison. “As a result, women are often outsiders in this space, despite there being no formal rule-based barriers to their participation. The findings of my research have been largely in line with that argument. But that’s an argument I also have experienced pushback on from students, people in my daily life, and journalists. I think some of that pushback comes from a place of deep commitment to the idea that progress is linear, and change is nearly complete. The idea that we’ve made enormous progress for women in sporting contexts, such that to focus on inequality is to see the little of the glass that remains to be filled versus the glass that’s mostly filled. This book is an important and evidence-based counterpoint to those arguments, showing that gender relations are dynamic and fluid, they’re not linear, and they’re always inflected with racial, class, and gender meanings.” 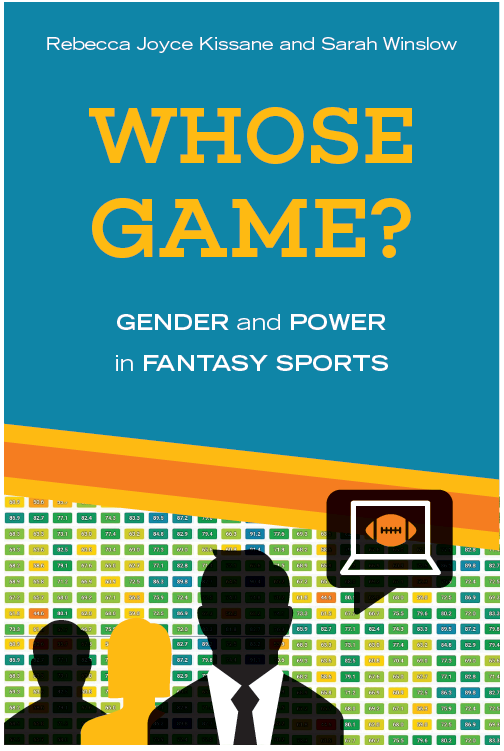 “I think this is an important book in terms of helping people understand how useful looking at sports can be to our understanding of bigger structures or structures external to sports,” added Dufur. “One of the ideas this book made me think about more deeply was the concept of embodiment in disembodiment … I was really struck by how men constructed their space in fantasy sports, and the lack of women in those spaces, through their management of disembodiment in virtual space. This book joins an important discussion about when and how women are considered people. The questions of agency versus structure in how women understand themselves as people, and how they’re treated as people, really plays out in all of the rich data in this book. I’d be excited to see these same questions being applied to transgender people, disabled people, people of size, and racial and ethnic minorities, because it can illuminate so many other ideas for us.”

Kissane and Winslow then provided their own insights, in addition to responding to Allison’s and Dufur’s comments, before closing out the event with a Q&A session with the audience.

“One of the things we focus on in the book is that both men and women use fantasy sports as a source of connecting with others,” Kissane said. “For men, it tends to be the source of connection that they’re using to stay in touch with friends they’ve had for a long time. For women, some say they use these fantasy sports to make inroads with men they otherwise wouldn’t, like in the workplace, or to feel more attached to other men in their lives, like husbands, sons, or brothers. One of the things we’re interested in thinking about is that, in the COVID-19 era, when the sports aren’t happening, you can’t do fantasy sports. This idea in particular is problematic not just for the loss of entertainment, but a loss of this source of connection that men say they need, and the loss of a way for them to express their masculinity.”

“To the extent that men use fantasy sports as an escape from the challenges of real life, work, and family, I’m especially curious about the way in which that operates now that work and life, for most of us, are blended in ways that are very challenging and create additional conflict,” Winslow said. “Is there an increased need for that escape that can be found in the fantasy leagues? And how does gender operate in those spaces? Who feels more entitled, essentially, to take that escape? Our book would suggest that men do. To what extent does that increase conflict in households? As we’ve seen narrowing gender gaps in almost every institution, it’s because we’ve made it more OK for women to be like men. And the reason why we’ve seen decades of leveling of those gaps is because we haven’t made it OK for men and boys to be more like women and girls.”

You can read more about Kissane, Winslow, and their book here.

Categorized in: Anthropology and Sociology, Faculty and Staff, Faculty Research, News and Features