'Producing an engineering design and producing a piece of music, I think they do have similarities,' says engineer-musician Prof. Alex Brown Twitter

Alex Brown occasionally plays indie or alternative rock as his students settle into his classes to learn about system dynamics and control theory.

Greeting students with music is a subtle reflection of Brown’s other passion, which holds an equally strong position in his creative physiology alongside his research interests in robots and autonomous systems.

A little more than a year ago, before the pandemic hit, Brown, assistant professor of mechanical engineering, joined with a friend, Ben Cato, the former drummer in an established band called Dangerous Summer, to create and release music together as their busy schedules allow. 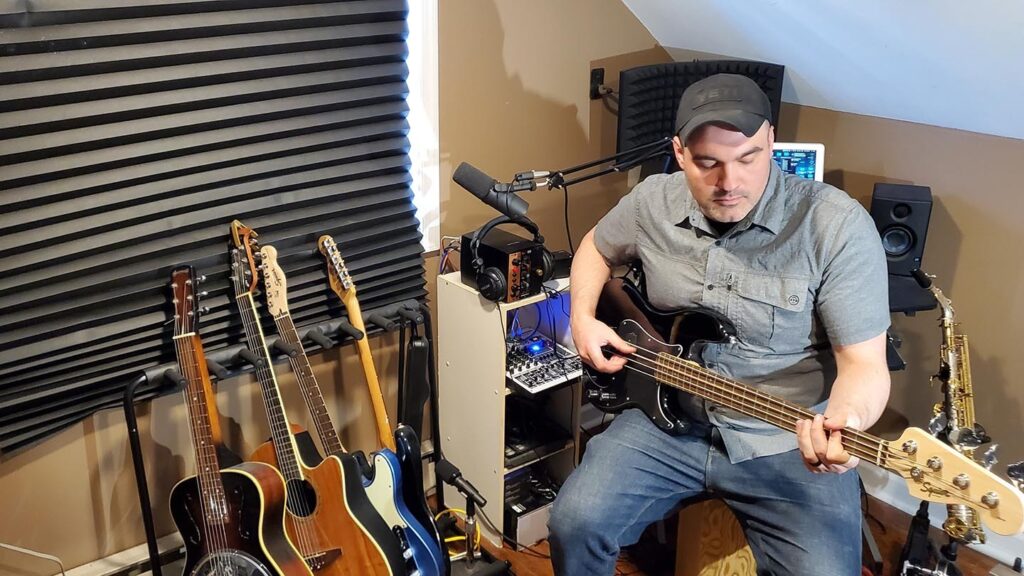 Their collaboration, dubbed Imposters In Rome, is a reference to imposter syndrome, a mindset where success is attributed to luck rather than ability. Their debut single, released this January, is called When I’m Afraid.

“We started working in earnest throughout the summer just sending demos back and forth on GarageBand,” Brown says. “And then we settled on this song, ‘When I’m Afraid,’ as the one we would release first. And the name of the project is a play on imposter syndrome, which is a very real thing that I struggle with in my life. I know a lot of people do as well.”

Brown, who sings and plays guitar, bass, and keyboard on the track, describes the music as alternative rock with some punk rock influences from the muted guitar, chord progressions, and Cato’s drum work. As he sings on the black and white video they released with the track, images of busy hands soldering circuit boards fly by. His lyrics are a pep talk to himself written through the lens of an academic.

I woke up today with my head banging

A drum I couldn’t seem to keep in time

I thought I’d escaped the dread I feel

When nothing that I’ve made seems like it’s mine

At just how ridiculous I look when I’m afraid

It’s no secret how I ended up this way

What’s left of all the confidence I had

I bounce around ’cause the cap and gown

Were warnings of impending ego death

“As academics, we try to do things that are novel, and we try to push the envelope,” Brown says. “Sometimes, when things don’t go as planned, it feels like maybe I don’t really know what I’m doing.”

For Brown, who has worked with students to design sophisticated systems such as a deer collision avoidance system for autonomous vehicles, that kind of self-examination might be too harsh.

“Of course, that’s silly. That’s kind of what the song is about,” he says. “It’s OK not to get things perfect the first time as long as we operate in good faith and are accepting our own shortcomings. I think that’s the way forward. So that was kind of the perspective of the song.”

Brown’s vocals and instrumental work were recorded in his home office and sent to his colleague, who works at Cocoa Break Studios in Woodstock, Ga., where the material was routed through high-quality amplifiers and microphones.

“We got a really nice sound, even if much of the recording was done remotely,” Brown says.

Classically trained on clarinet as a child, Brown still remembers the joy of playing “Il Carnevale di Venezia” for clarinet and piano by Alamiro Giampieri (1893-1963) in high school. Also during his high school days, he played alto saxophone in the jazz band and with ska/punk bands outside of school. During his undergrad years at Penn State, Brown played alto and tenor saxophone in the Inner Dimensions big band and in smaller combos. Sometimes he moonlighted playing gigs for the Swing Dance Club.

His musical tastes continued to evolve and led him to pick up guitar as he gravitated toward punk rock groups such as Operation Ivy in the 1990s.

Harmonious Lafayette, the influence of music and engineering

“I actually thought I was going to be a musician for a long time,” Brown says. “But I got interested in engineering and went down a different path.”

Both paths came together for Brown in ways that Lafayette students experience on a campus that embraces the benefits of uniting liberal arts with engineering and science.

“Music is mathematics, and the organizational skills and mathematics skills I learned as an engineer helped me write music, and it helped me understand music theory,” he says.

There’s a commonality of approaches between music and engineering, Brown adds, noting how both employ basic principles, whether equations or scales, and build on the work of others to achieve a goal or outcome.

“So producing an engineering design and producing a piece of music, I think they do have similarities in that way,” he says.

For the cover art that accompanies his song, Brown reached out to Jim Toia, director of community-based teaching and chair of Karl Stirner Arts Trail, and selected an image from his collection of fungus art. 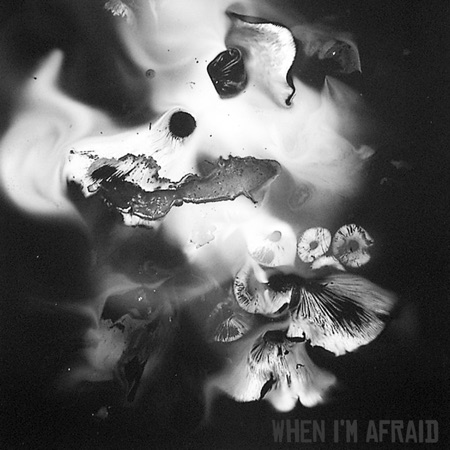 “I believe Alex learned about my work from our sculpture professor, Nestor Gil, a great friend and wonderful artist,” Toia says. “Alex contacted me and shared his music, which I found quite beautiful and compelling.”

After Brown described his musical direction, Toia says the two of them quickly developed a kinship over shared sensibilities.

“I’m very happy to be included as part of a beautiful package that Alex and his crew have put together,” he says. “Making music and the production process are incredibly challenging processes that I admire greatly.”

Mutual admiration among engineers and artists is a natural outgrowth of working within the confines of a set of rules, Brown says.

“When I’m designing something in the confines of Newton’s laws, it’s kind of similar to defining a set of rules by which you’re going to make music or a piece of visual art,” he says. “There are definitely commonalities, and engineers and artists know this.”

When I’m Afraid is available on Apple Music, Spotify, and YouTube and at the Imposters In Rome page.