Events help educate campus about the plight of prisoners Twitter

Being stuck inside nearly all day. Unable to go to work. No guests. No activities. Meals delivered to your door.

While it might seem similar, prisoners in area jails have those same conditions made even worse as they are confined in close quarters, facilities aren’t disinfected, staff often infect inmate populations, and access to medical care is limited. What’s worse? Very few care about this mistreatment.

Events included a screening of Inside/Outside, a documentary film by Nandini Sikand, associate professor of film and media studies, who earned a Guggenheim fellowship to help complete the feature-length project.

“We felt students needed to see it,” says Troutman. “Many first-year and second-year students have had a limited visibility to the campus and community, and should be familiar with the people, programs, and places that mean so much to us.”

The team also shared an infographic that outlines the facts around the continued detainment of citizens, immigrants, and asylum seekers at Immigration and Customs Enforcement (ICE) detention centers. 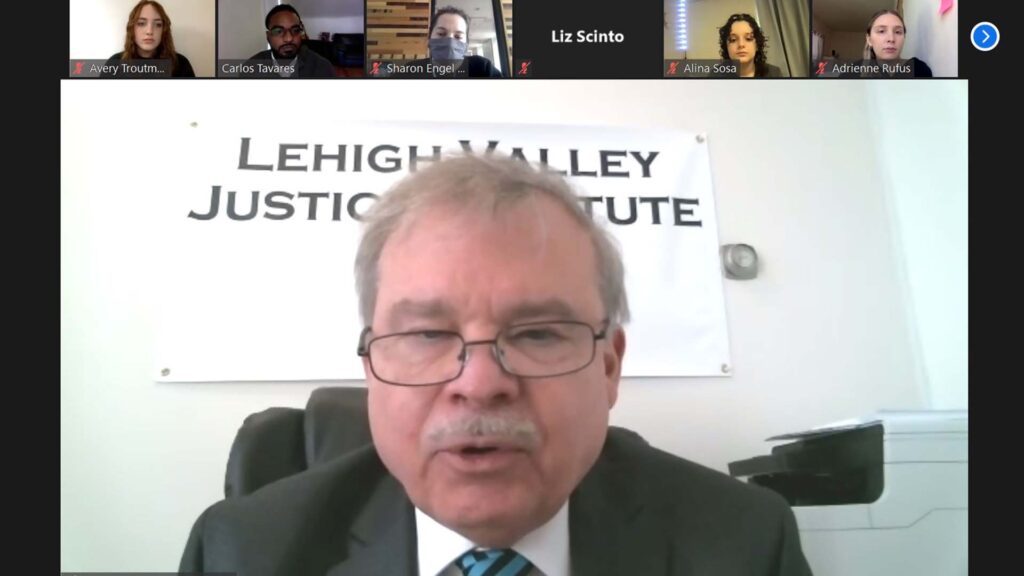 The final portion of the week was a discussion between Carlos Tavares, assistant professor of sociology, and Joseph Welsh, attorney and founder of the Lehigh Valley Justice Institute. Those in attendance heard them discuss the impact of COVID-19 on area jails—the conditions, medical coverage, inmate release, and vaccine priority.

The last topic was especially timely as many citizens seek vaccinations.

“When a person with a gunshot wound enters an emergency room, the medical team doesn’t stop to ask if the person was the victim or the perpetrator. Instead the team manages the health care emergency,” says Welsh. “But with the COVID vaccine, lawmakers and citizens continue to adhere to symbolic boundaries that separate the good from the bad and worthy from the unworthy, ignoring the community health issue before us.”

Such conversations are meaningful. 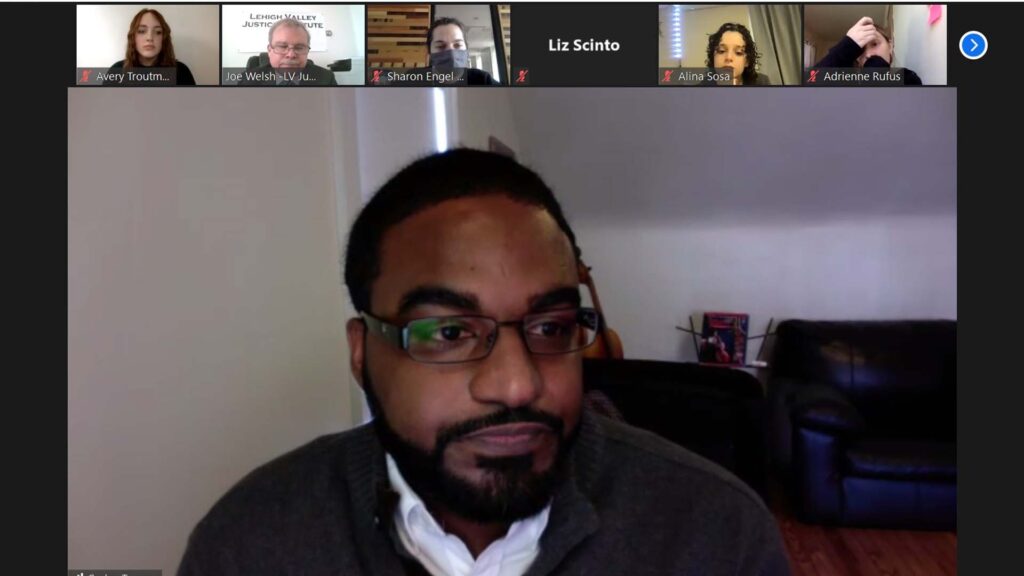 “This panel highlighted that while incarcerated individuals are significantly more likely to get and die from COVID-19 (relative to those who are not incarcerated), many states have not prioritized this vulnerable group in their COVID-19 vaccine plans,” says Tavares.

Events like these have had an impact as participants began to imagine ways to help.

“The jail is right down the street,” says Sosa. “It isn’t invisible, so we must help spark awareness and action.”