While they may have arrived on campus later than planned, the impact they will create is clear. Meet a few members of the Class of 2024 Twitter

In a year unlike any other, many first-year students began their Lafayette experience virtually but have quickly found a home among the Lafayette community during the spring semester. Their life experiences have shaped their perspectives and soon will create a profound impact on campus and in the world. Here’s an introduction to a few whose talents and convictions rival our namesake. 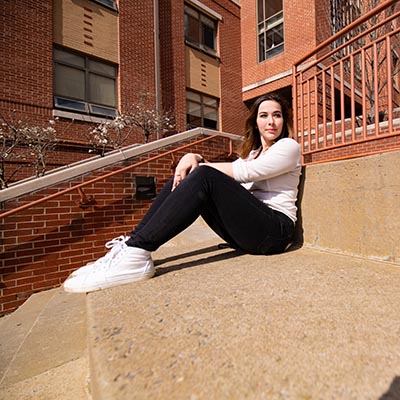 Madison Dennehy ’24
Lacey, N.J.
Potential major: Psychology on pre-law track
Classes: First-Year Seminar: In the Media, Neuroscience, Calculus, Introduction to Creative Writing, Africana Studies: Race, Policing, and Justice in U.S. Cities
Campus involvement: Psychology club, TAG Scholar, Women in Law, Ultimate Frisbee
Awesome factor: Incorporated domestic violence education into high school curriculum. The valedictorian became interested in stemming domestic violence and leveraged her participation in her high school leadership academy to turn her interest into a capstone project. Over the course of that project, she met with U.S. Rep. Andy Kim to discuss the issue and then proposed a curriculum addition to her school. “The school lacked education and staff resources to support students affected by domestic violence,” she says. Her proposal was soon adopted by the board of education and added to health classes. 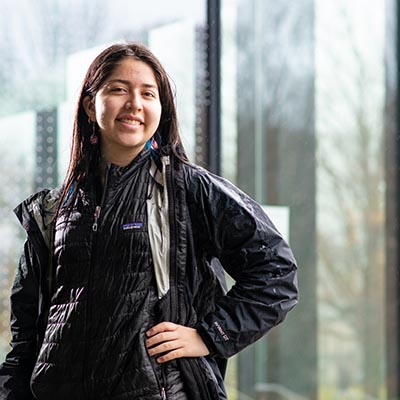 Shirel Salinas ’24
Norwalk, Conn.
Potential major: Economics and international affairs
Classes: First-Year Seminar: Martial Arts and Cinema, Economics 101, Calculus, Music: Charles Darwin and Richard Wagner
Campus involvement: Hispanic Society of Lafayette, SHEESH
Awesome factor: Stood up to a proposed change of hours at her high school. When the student government and board of education decided to push the starting time back, Salinas felt the policy only considered the lives and needs of a certain demographic in her community. She had a friend who was working two jobs and would lose out on needed income. “I wanted the district to consider other opinions, those of people who weren’t in the room or in positions of power,” she says. The policy hit a snag with the shifts in education delivery due to COVID-19, so Salinas, too, shifted her focus and helped prepare her ESL peers for virtual classes. Soon a neighboring school district sought her guidance for delivery of their courses for ESL learners. 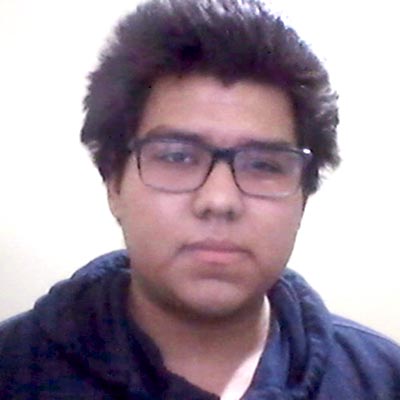 Omar Soto ’24
Houston, Texas … where he is still learning remotely
Potential major: Civil engineering
Classes: First-Year Seminar: Nonviolence Theory and Practice, Calculus 1 and 2, Chemistry, Physics, Introduction to Engineering
Campus involvement: American Society of Civil Engineers and finding somewhere to play his tuba … when he comes to campus
Awesome factor: Has framed over 100 houses since he began working in construction. In seventh grade, Soto first assisted his father and uncles as they built the skeletal infrastructures to homes in developments surrounding Houston. Soon he was operating the saws and nail guns. During summers and breaks, he’d help frame a house a week. “It is nice to see the city expanding, but upward mobility here, like anywhere, is hard,” he says. “The workers, like my family, who built these homes can’t afford to purchase one.” 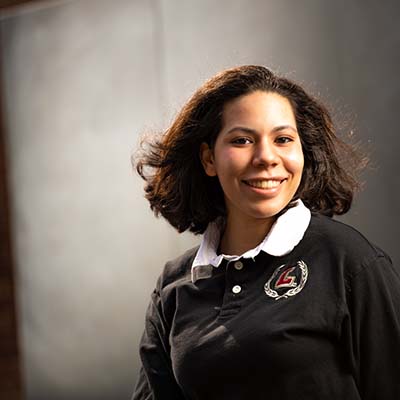 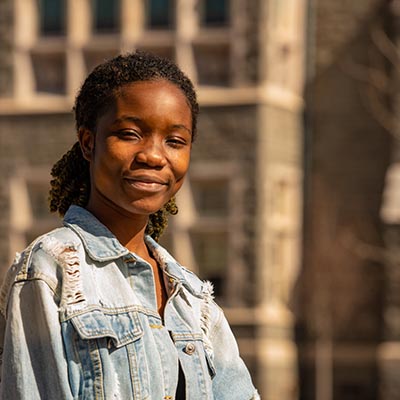 Janet Cece Kwenah ’24
Paynesville, Liberia
Potential major: International affairs and psychology
Classes: First-Year Seminar: De-mystifying the Non-Western World, French 102, Psychological Science, Government and Law, History of the Modern World, Film and Media Studies
Campus involvement: Lafayette African and Caribbean Student Association, International Students Association
Awesome factor: Founder of Think Kids Liberia, a literacy and creative arts nonprofit that uses play to help develop tomorrow’s leaders. When she saw local children struggling to read, she recruited young adults and formed a curriculum based on the Reggio Emilia approach to help them have fun, use the environment around them, and nurture their innate talents as thinkers and leaders. 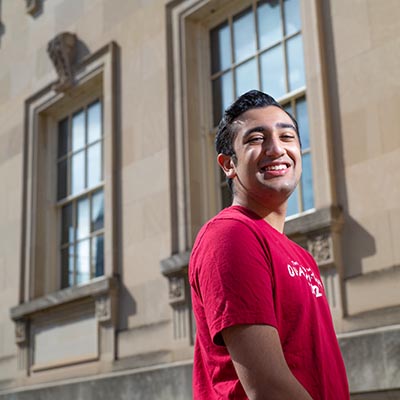 Zubair Ali ’24
Huntington, N.Y.
Potential major: Religion and politics
Classes: First-Year Seminar: Animals in History, Introduction to Creative Writing, International Politics, Religions and World Cultures
Campus involvement: South Asian Student Association, Muslim Student Association, Ultimate Frisbee, Marquis Scholar
Awesome factor: Ran an Instagram account in honor of noted Bollywood actress Rani Mukherjee. What began as an obsessive love for one of her songs turned into the second largest fan-run site for Rani Mukherjee in the world. More so, it allowed Ali to reconnect with his Indian heritage as he read about her daily, shared Indian culture with his peers, and learned to speak Hindi. “I poured my heart and soul into the account,” Ali says. Then the big day: On July 3, 2018, Mukherjee noticed his homage to her. “In this small way, I helped push my community forward,” he says. 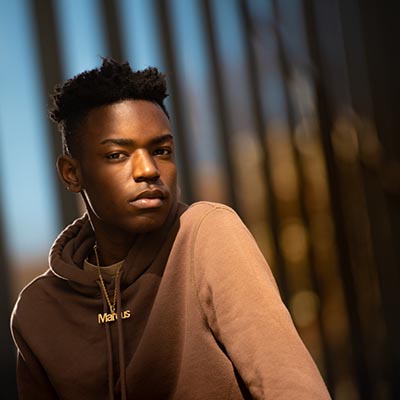 Marcus Alston ’24
Brooklyn, N.Y.
Potential major: Government and law
Classes: First-Year Seminar: Politics and Polling, Introduction to Political Theory, Prison Abolition, Civil Rights to Black Lives Matter
Campus involvement: Lafayette Mutual Aid Fund, Dear Lafayette
Awesome factor: Led a nonviolent sit-in of 700 students at City Hall in New York City to draw awareness to racial segregation within the NYC schools. He met with the mayor and NYC school chancellor that day, but was tired of false promises and refused to end the protest. After 16 hours, the students were picked up and carried outside. The event was covered by Teen Vogue and The New York Times. As a result of the action, Alston and city officials formed the Student Diversity Advisory Group, which works to reshape policies and procedures. 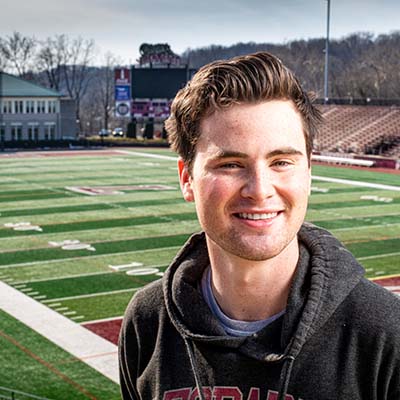 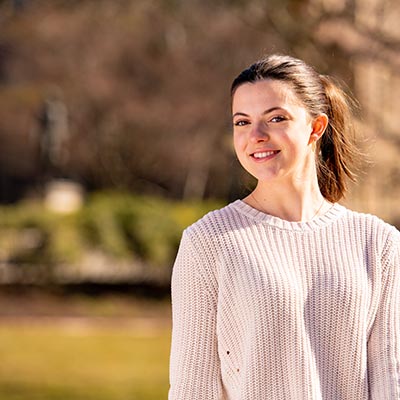 Julia Arp ’24
Clifton Park, N.Y.
Potential majors: International affairs and Spanish
Classes: First-Year Seminar: Trials of the Century, Intermediate Spanish, Economics, Psychology, Differential Calculus, Biology, International Governments
Campus involvement: The Dance Company, SHEESH
Awesome factor: Overcame the loss of her parents. She was 13 years old when her mother died of cancer. Six months later, the illness also took her father. She and her younger brother relied on the kindness of family who soon moved to her hometown to help raise them. “My mom’s sister and my dad’s brothers became a strong support system that loved us and pushed us,” she says. “My aunt is the person who helped me find Lafayette College.” 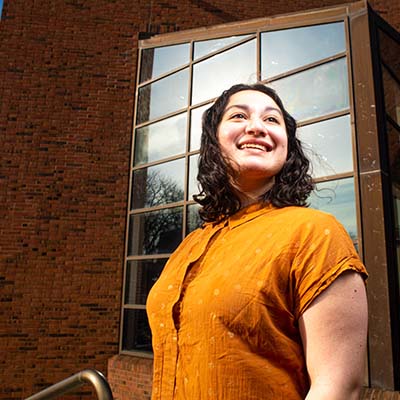 Michala Dennis ’24
Courtdale, Pa.
Potential major: Electrical and computer engineering with music minor
Classes: First-Year Seminar: Theater and Visual Culture, Calculus 1 and 2, Chemistry, Computer Gaming, Theory of Religion, Introduction to Engineering
Campus involvement: Marquis Consort, chamber orchestra, Marquis Players, Institute of Electrical and Electronics Engineers, math club
Awesome factor: Became the first woman to join the Wilkes-Barre chapter of the BarberShop Harmony Society in 2018 after attending many performances. This inspired other women to join as well. While she participated in shows in 2019 in an all-female quartet, the pandemic shifted her focus exclusively to work as a board member. “It feels powerful to be a pioneer for change,” says Dennis.

Awesomeness of the Class of 2023

Empowered Inside and Outside the Classroom