Prof. Daniel Strömbom and Swati Pandey ’23 co-author first-of-its-kind study that could be key to understanding how to manage this invasive pest Twitter

A Lafayette biology professor and student researcher are the first to publish a study that helps the scientific community understand the population growth rate of the spotted lanternfly (SLF). This information, which is new and not previously included in the scientific literature, could be key to understanding how to manage this invasive pest that is wreaking havoc across the U.S.

Daniel Strömbom, assistant professor of biology, and student researcher Swati Pandey ’23, a biology major from Kathmandu, Nepal, co-authored a study recently published in the journal Mathematical Biosciences. They mathematically modeled the life cycle of the SLF and analyzed the effectiveness of current mitigation methods. 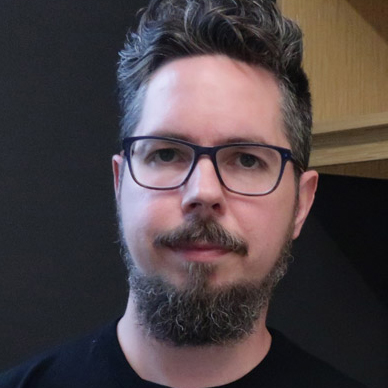 The SLF is native to Asia and first emerged in the U.S. less than a decade ago. It feeds on and destroys a variety of economically important plants, making it a threat to the agriculture industry. As the SLF’s population has grown rapidly, a number of control measures have been proposed to control the pest.

However, Strömbom and Pandey discovered that current efficacy estimates of the control measures failed to factor in the full life cycle of the bug, specifically the reproduction rate, which needs to be considered for an effective mitigation strategy.

Using mathematical modeling, Strömbom and Pandey’s research estimates that the annual population growth rate of the SLF is 5.47—which means that each individual SLF will give rise to five to six in the coming year, on average.

Given that current mitigation efforts don’t account for reproduction rate, the researchers report that only three of the six current strategies considered are likely to be effective, even if every SLF present can be found and treated.

“One of the main results of our work is that, even if you have the perfect control measure that will kill every single bug that you come into contact with, you have to have that perfect control measure reach at least 35% of all SLFs in order to induce the slightest decline in the population,” Strömbom says. “Which is unlikely, and so the population is still going to grow.”

With a treatment like an insecticide, Strömbom says, “You’re putting in a lot of effort, but you can’t get them all—you can’t find all of them. And those that you don’t get will continue to reproduce rapidly.

“To be honest, it’s worrying. We are behind on this, and I fear that the bugs are likely going to just keep multiplying in this fashion unless some new and innovative management approach is found and adopted soon.”

Strömbom and his team of student researchers are building upon these findings and continuing their investigations with the goal of informing effective pest management strategies. They are wrapping up another paper in which they are exploring biological controls, such as natural predators of SLFs, to gauge if they might be more effective at population control.

Strömbom, a mathematician embedded within Lafayette’s Biology Department, specializes in the study of collective behavior in animals. By creating mathematical models, he helps biologists better understand animal behavior, such as birds flying in flocks, ants foraging for food, and dogs herding sheep. 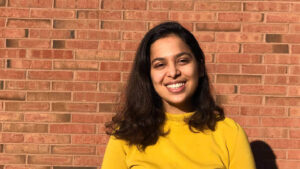 Pandey, one of six student researchers currently working with Strömbom on SLF research, is grateful for the opportunity to contribute to this project. “Given the bug has been a source of distress for many, I feel content in knowing this research ties me to the broader community,” she says. “As a biologist, I think that some of us lose touch with science in its most raw form—mathematics. This research experience reminded me of the intricate relationship between the two disciplines.”