Prof. Jennifer Talarico was among first to connect 9/11 to flashbulb memory study Twitter

The research done by cognitive psychologist and psychology department head Jennifer Talarico shows that when it comes to remembering events, our memories work more like a jigsaw puzzle than a recording device. The result certainly resembles the picture on the box, but is also slightly different in important ways. Each time you build that puzzle, you construct that image, and it can change over time as pieces get worn, or torn, or lost. Surprisingly, this is true even for important turning points in your life or remembering when you first heard about historic public events.

Take, for example, Sept. 11, 2001. We would all like to believe that our memories of where we were, what we were doing, and how we reacted that day are perfectly intact and unaltered by time. The truth is, however, that the two decades that have since passed have certainly changed not only what we recall, but how we tell those stories and the details that are part of them. 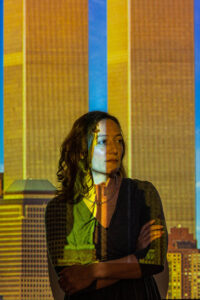 “Two people who experienced the same event may have a different recollection of what happened at that event,” explains Talarico. “And, subsequent experiences like talking about the event or looking at photographs can further change your memory of it.”

Just after watching the Twin Towers of the World Trade Center get hit by commercial airliners, Talarico, who was then a graduate student at Duke University, reached out to her adviser, David Rubin (a longtime flashbulb memory researcher), to discuss how the two could work together to conduct a study of flashbulb memories in response to the event.

The next day, Talarico and Rubin asked 54 undergraduate students to recount their 9/11 memories, and then also to talk about a regular, everyday memory from the days immediately before the event. In order to avoid any of the students accidentally strengthening their memory through each retelling, they were broken up into groups where 18 students were asked the same set of questions one week later, 18 others were asked six weeks later, and the final 18 were asked 32 weeks later.

As a result, they found that 9/11 memories and flashbulb memories declined over time, but that the students believed their memories of 9/11 were much more accurate than everyday memories even when both of those memories were inconsistent. Some not only forgot details that they initially reported, but they also introduced new details in subsequent retellings. Although they believed they were remembering how they heard the news exactly as it had happened, the objective reports refuted that subjective phenomenon.

In the years since that initial study, Talarico has been called upon by many media outlets to provide her expertise or first-person narrative on flashbulb memory associated with 9/11 and other sudden, dramatic events.

“The attacks of 9/11 were highly emotional and dominated not just national discourse, but also much of private conversation for days and weeks later. These processes serve to enhance the vividness of our memories and our subjective confidence in those recollections,” Talarico wrote for U.S. News & World Report. “Furthermore, by virtue of having these long-lasting and detailed memories, we can demonstrate and reinforce our membership in these important social groups. Community exhortations to ‘never forget’ serve to maintain memories not just collectively, but individually.”

In a separate editorial, Talarico also tied in how social connection plays a role in how our memories are created.

“Some theorists have argued that part of the reason that our flashbulb memories are so long-lasting is because having such a vivid memory is ‘proof’ of our membership in a particular social group,” Talarico wrote for CNN and The Conversation. “It would be a poor patriot who could not remember what he or she was doing on September 11, 2001.”

As we near the 20th anniversary of the attacks and are once again saturated with images of that day, it is important to remind ourselves that the human mind is prone to make errors—and that as we take in any new information, it becomes part of the process by which permanent memories are formed.