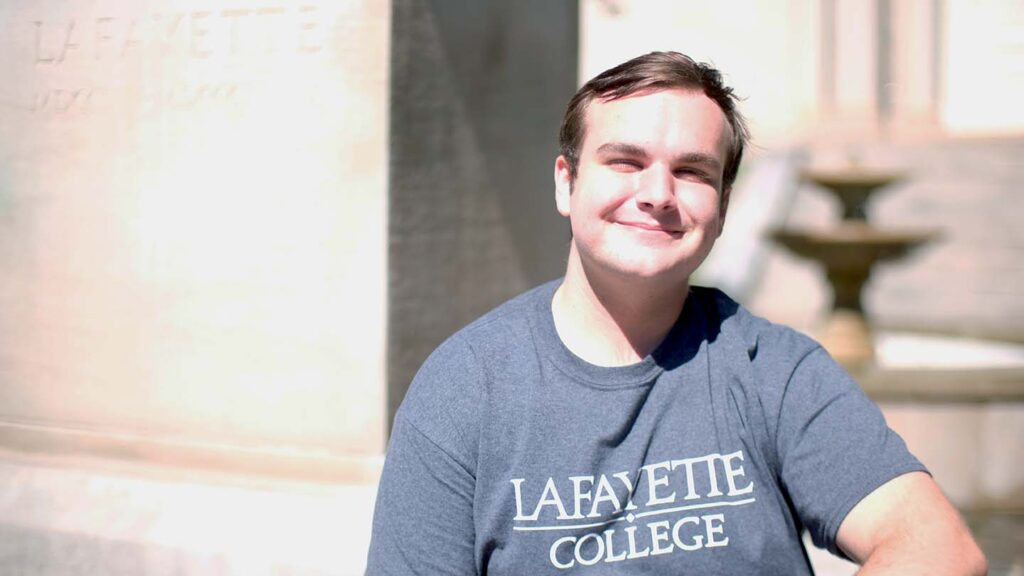 When parents, siblings, and loved ones descended on campus for Family Weekend, Christopher Taverner ’25 made reservations for Bayou, a Louisiana-style restaurant in downtown Easton.

“Typically, my family goes to their Bethlehem location,” he says. “But we thought we’d stay local this time.”

Staying local is a big deal, not just for a meal but for four years of undergraduate education, when you have Tavener’s diverse range of talents and grew up about 4 miles from campus in Forks Township.

Taverner is the the third recipient of the Lafayette-Easton Scholarship, part of an ongoing effort that typically provides more than $1 million annually to Lafayette students from Easton’s three ZIP codes, who receive need-based aid, merit scholarships, athletic aid, tuition remission, or other forms of assistance.

Staying local wasn’t an easy decision when you consider the range of college experiences he applied for: big state colleges, bicoastal universities, and global systems (Hello, eh, to the 62,000 students in Toronto, Canada!).

But he knew he wanted top-notch engineering and liberal arts, so looking right in his backyard seemed, as he says, “a no-brainer.”

“Old habits die hard,” he says. “I knew I still wanted to do a bit of everything.”

He is planning to major in civil engineering because of his fascination with public infrastructure, particularly the construction of bridges, roads, and railroads.

But he can’t deny his dedication to performance. He already secured a role in an upcoming performance of Shakespeare’s R&J, and he moved in early to begin band rehearsals.

“Everything I wanted was right here, so it made sense to make use of all that,” he says.

He recalls the day he received his letter from Lafayette. He had come home after theater rehearsal. His parents, Bill and Denise, were waiting for him to open the letter. They were all in shock with the news of his scholarship. While ecstatic, Taverner knew he had a big choice before him: Should he stay local? 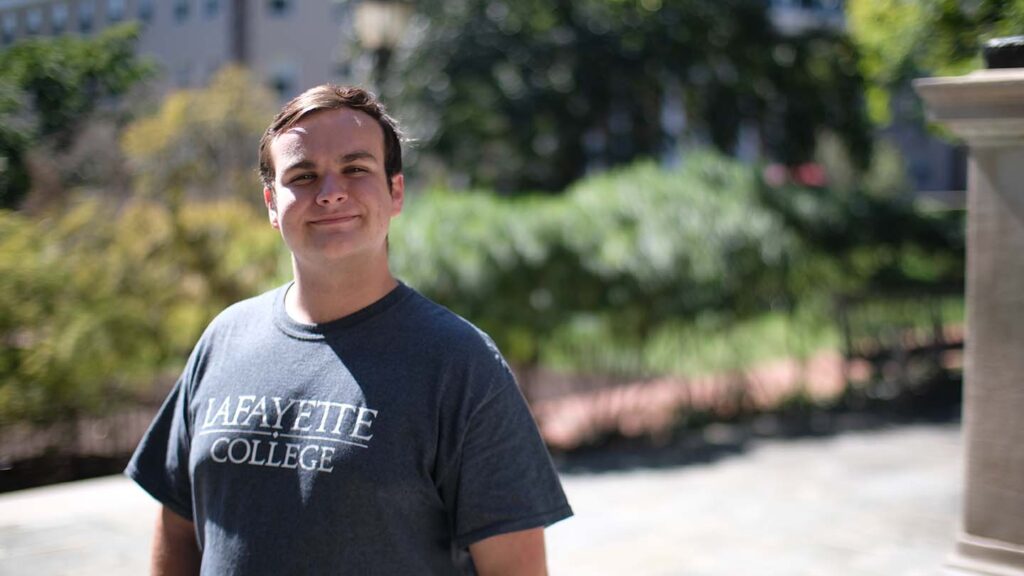 “I came to campus as a kid to watch basketball games and attend STEM camp,” he says. “But those were times of me looking in. Even then I realized I had so much more to learn. Now that I am on the inside looking out, I don’t feel suffocated by my proximity to home. While the place feels familiar, it is such a different environment.”

He has yet to go home … not even for a meal or laundry service. (Well, does watching a movie with family over Family Weekend count?)

He has too much to do! He is participating in music appreciation and tabletop gaming events. He is a CaPA Scholar and planning to write public theater productions for campus.

“I have met students on my floor from Chile and Russia, and feel the global presence at a smaller school,” he says. “It is a close-knit and strong community.”

It makes him feel lucky to make use of what he has been given in a place that feels like home.