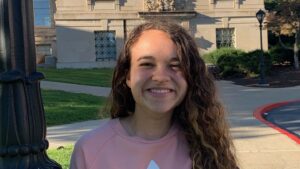 Cameron Cloud ’23 has created a video game you will lose. But that’s the point.

The biology major collaborated with Daniel Strömbom, assistant professor of biology, to create a computer game to show how hard it is to eradicate the spotted lanternfly (SLF), an invasive pest that is a serious threat to the U.S. agriculture industry.

This past fall, Strömbom published a study in which he and collaborator Swati Pandey ’23 mathematically modeled the life cycle of the SLF to analyze the effectiveness of mitigation methods. They reported that efficacy assessments of current measures fail to factor in the full life cycle of the bug, specifically the reproduction rate. Using mathematical modeling, Strömbom and Pandey estimate that each individual SLF will give rise to five to six SLFs in the coming year, on average.

Cloud, who joined Strömbom’s research team as a sophomore, wanted to help Strömbom communicate the results of the study in a way that would make an impression on the public and indicate just how challenging it is to control the pest. Cloud, who has an interest in biotechnology, had taken a computer gaming course at the College and pitched the idea.

“I always saw myself as a biology person who would work in a lab, but then when I started doing the hands-on stuff, I just didn’t feel like it was a good fit for me,” Cloud says. “When I took that gaming course, I realized I really like computers, and I also really like analyzing things using mathematical tools. So this project really was a great experience for me.”

While Cloud had an understanding of Java programming from the course she took, she needed to teach herself JavaScript in order to be able to create the game. She spent three weeks learning the scripting language over the summer, and then went to work translating Strömbom’s model in graphic form. 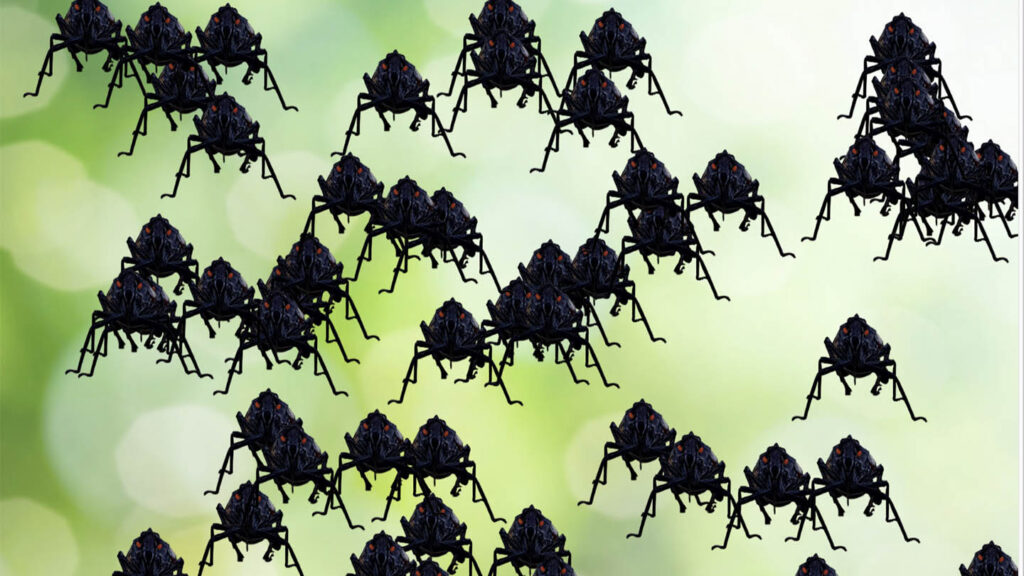 In Cloud’s game, SLFs pop up on the screen. A player has a short window of time to kill (click on) them. Any SLFs that remain will reproduce quickly, making it increasingly challenging to wipe them out.

Cloud says her friends and classmates who have tried the game complain about how challenging it is to kill the bugs—which means it’s effective.

Strömbom and his team of student researchers are continuing their investigations with the goal of informing effective pest management strategies. Their next paper will explore biological controls, such as natural predators of SLFs, to gauge if they might be more effective at population control.